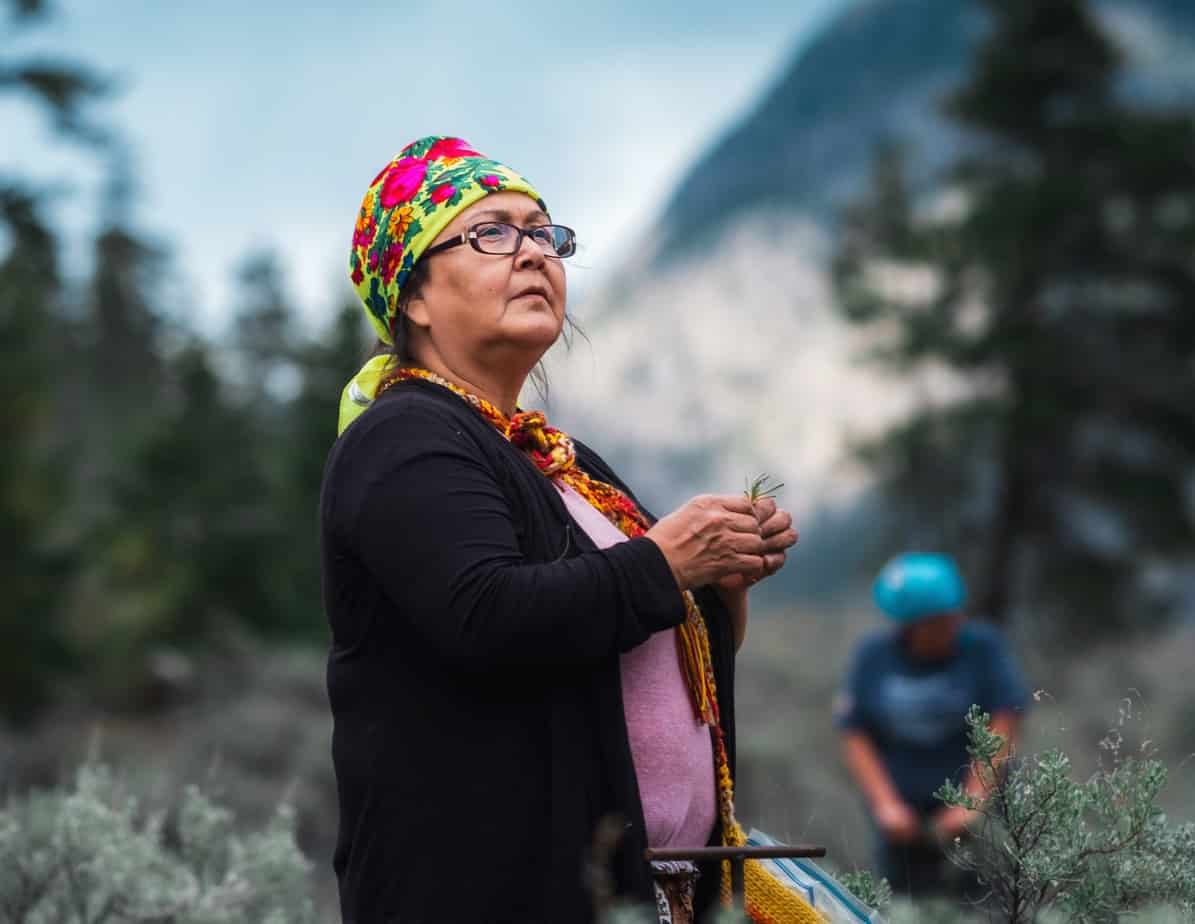 Being out on the land for Indigenous communities is being home

People of the Okanagan Nation are engaging with the land during COVID-19 — and social media is playing a part.
Chehala Leonard, Local Journalism Initiative Reporter
Support this work. Tell a friend.

On a Saturday morning, Ryan Oliverius packs up his camera gear and prepares to head out with his mother Susan Oliverius, to pick sp̓iƛ̓m (pronounced speetlum), also known as bitterroot.

“Being out on the land is like meditation,” Oliverius explains, adding that COVID-19 hasn’t really impacted his connection to the land. “If anything, I appreciate it more,” he says. “I have a huge appreciation for land and water because it is life bearing. It can both give and it can also take life.”

It is evident from his social media accounts that he expresses his appreciation to the land through photography and cinematography. With 10,000 followers on his Instagram and more than  29,000 on TikTok, Oliverius has been successful intertwining his passion and his humor throughout these platforms. He also helped facilitate the Okanagan Nation Alliance #sqilxcawt challenge.

In December, the Okanagan Nation Alliance (ONA) put out a call on social media. They told people to document their time out on the land, calling it the #sqilxcawt challenge.

When COVID-19 struck, they updated the challenge, asking people to wash their hands and respect social distancing. Documenting these ancestral ways of connecting with the land was all about keeping people connected.

‘Remembering what it is to be Syilx’

As Sofia Terbasket-Funmaker, who identifies as having mixed Syilx, Ho-chunk, Anishinaabe and European ancestry, sits at a secluded beach just outside of Cawston, B.C., with her younger brother, she points out a blue bird that passes by. Terbasket-Funmaker moved home recently after finishing her Bachelor of Arts degree in Indigenous Studies at the University of Victoria.

“For my community, because it’s so small, we can go outside,” she says. “But when I was in Victoria, I was in a one bedroom apartment, and it didn’t even really feel safe to leave the apartment. So it’s a lot less claustrophobic here.”

The contrast of living in an urban environment to being closer to the land is palpable. While people are being encouraged to #stayhome, for most Indigenous communities around the world, being out on the land is home. And, in Syilx/Okanagan Territory where Terbasket-Funmaker lives, people are not only going out on the land, they’re being encouraged to bring their phones and cameras with them.

“I think it’s important, as Syilx people to be outside because it’s remembering what it is to be Syilx.” she explains. “The land is our original teacher, it’s how we came to be Syilx people.”

Terbasket-Funmaker, who submitted several photos when the challenge first started, has since created an Instagram page called, TMIXW TIMES. The account is a “Syilx perspective on plant identification and land restoration in Syilx territory.”

“With this challenge and the page I am making, there is a lot of potential for it. Also, a lot of challenges, because with social media there is a matter of what do you share culturally, knowledge wise, and what is knowledge that is not meant to be public,” she explains.

Oliverius agrees. “Certain things are not shared online. There is a lot you have to be very cautious about,” he says. But they both agree that there still is a place for social media.

“I feel social media does have a really good platform as a starting base for getting people outside,” says Terbasket-Funmaker.

How did this come to be?

Sarah Alexis and Tessa Terbasket came up with the idea for the #sqilxcawt challenge. Both women work for the Okanagan Nation Alliance, which was formed in 1981 to represent eight member communities.

“During the spring months, many of the nation members are beginning to move towards being more outside. Especially with the pandemic there seems to be more people who are shut indoors, for very good reason,” Alexis and Terbasket write via Facebook Messenger. The intent of the challenge was to “get people outdoors away from other people in a safe manner and connect with being on the land.” they explain. The hashtag #sqilxcawt refers to Indigenous ways of being in Nsyilxcen, the Syilx language.

And while they recognize that COVID-19 is impacting spring movement, they also emphasize that, “protecting Indigenous rights to harvest and gather in these times is extremely important.”

With over 70 submissions to the online challenge, which ended on April 17th, 2020, the first place winner, Amber Kruger Càrdenas, was announced on April 20th. Her prize? A $100 gas card, canned salmon, a hat and a wellness book.

Meanwhile, the Lower Similkameen Indian Band (LSIB) is currently doing a mind, body and soul photo challenge challenge to encourage self-care. And, many other communities and individuals are encouraging people to engage culturally on social media through language challenges, virtual powwows, TikTok challenges and free online courses or concerts.

People in Syilx/Okanagan Territory are not alone in looking for land-based connections right now. On March 30, 2020, the Government of the Northwest Territories and Indigenous Services Canada (ISC) announced federal funding of $2.6 million to go towards the “At Home on the Land” initiative. According to the a joint released statement by N.W.T and ISC the money is “to help Indigenous families who are choosing to be on the land as part of the territory’s response to COVID-19.”

The release explains that many families in the Northwest Territories have moved onto the land to places where they can maintain safe physical distances.

“Conventional physical distancing measures, like staying at home, that are recommended by Canada’s public health officials can have detrimental health effects in some Indigenous communities where housing can be overcrowded.” the release explains.

The sentiment expressed by Dene National Chief Norman Yakeleya at the time the funding was announced resonates.

“Elders and knowledge keepers have always told us ‘a day will come, when we will need to go to the land’ and now is that time. Our people are remarkably strong and powerful, and we will do what is required to keep each other safe.  Being on the land is our way of life.” says Chief Yakeleya.

One thing remains clear and that is, like Oliverius’ family, Indigenous peoples around the world when possible have always been connected to the land. The land is part of how people survived previous pandemics, genocide, assimilation and the ongoing threat of colonization.

“My family has always done this,” Oliverius explains. “Even before the pandemic, it was passed on from my grandmother to my mother.” 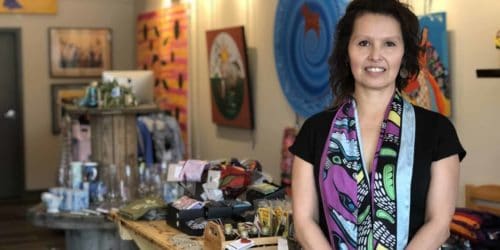