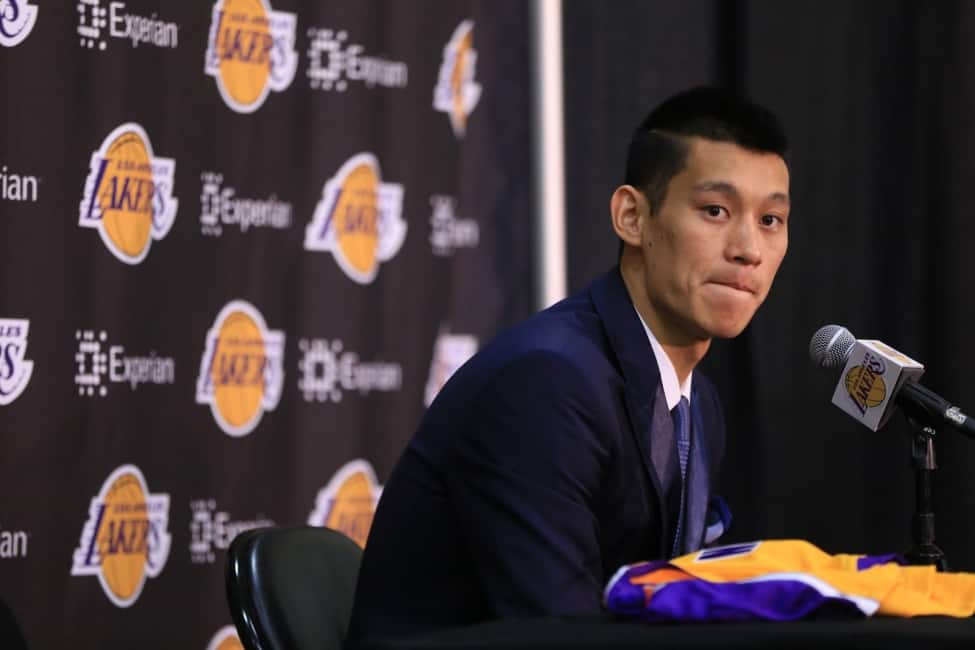 Diversity and inclusion isn't just something that needs to improve in journalism. Jeremy Lin is playing for the Toronto Raptors in this year's NBA finals, and he's the only Taiwanese-American player in the league's history. The Daily Sports Herald/Flickr

The Discourse claims to be a leader in diversity. Here’s how we’re really doing.

Honing in on underreported stories that matter to communities by collaborating with people on the ground, and ensuring Discourse’s commitment to diversity.

Overseeing our 2019 spring campaign and producing coverage in Scarborough.

These days, wherever you look, companies across industries are rolling out their diversity and inclusion (D&I) efforts with lots of fanfare. D&I has become such a trend that “diversity” in 2019 is a buzzword that’s nearly lost all meaning.

As someone who’s dedicated much of her career to covering marginalized communities, and who’s fought for equal representation for Black, Indigenous and People of Colour (BIPOC) in the media industry, my nightmare is to work at a place whose culture is disconnected from its stated values — you know, the kind of organization that doesn’t walk the walk, but rather uses diversity as a PR move.

I joined The Discourse because I was inspired by our CEO Erin Millar’s vision for the future of Canadian journalism, but also because I knew I’d have a significant role in shaping the kind of culture I wanted — one that’s empathetic and collaborative, encourages critical thinking and is diverse from top to bottom — at a disruptive new company that’s emerging as a leader in our industry.

This is rare in Canada. Sunny Dhillon’s courageous Medium post about the race dispute that caused him to resign from The Globe and Mail only touches the tip of the iceberg when it comes to systemic discrimination in Canada’s media industry. Anecdotally, some members of the group I co-founded, Canadian Journalists of Colour, have said they’re scared of telling their employers that they’re part of the group — for fear of retribution. Statistically, Canadian newsrooms are overwhelmingly white, male and therefore not truly representative of our country’s diversity.

Why does this matter? Because when news media fail to represent Canada in its full diversity — in communities served, stories told, journalists hired — it excludes many people from participating fully in the public and political dialogue that defines this country we share. It projects a narrative that doesn’t accurately reflect the world around us, and disempowers people from taking action. For the journalism industry, which is struggling with a failing business model, an environment that isn’t safe for everyone to have a voice isn’t an environment that is conducive to the kind of fundamental innovation that Canada needs.

Genuinely institutionalizing D&I is an ongoing journey that requires humility, constant self-reflection, and a willingness to learn and grow. It’s both top-down (management should be on board and lead by example) and bottom-up (staff should consult diverse communities about their work on an ongoing basis). D&I shouldn’t be the responsibility of one person or even one group. Everyone at a company should hold themselves accountable.

But that’s hard work. Really hard. Including at The Discourse.

I’ve had many challenging conversations, both in a group setting with our entire team and one-on-one with my colleagues, whenever I’ve felt that we weren’t living up to our public commitments to diversity. I’ve spoken to some white colleagues about the unconscious bias and unequal treatment they’ve shown me and other coworkers of colour, such as being told that I’m both too blunt and too passive when speaking. Or having my ideas dismissed until a white man of status reinforced them.

Educating our team about D&I has involved a lot of emotional labour and patience on my part, but I was — and still am — willing to do this work because I can see that my current colleagues genuinely care and are committed to doing this work alongside me (some of them have been walking the walk since before I arrived). True growth can’t happen without some discomfort and pain, but the alternative is stagnation.

And The Discourse has grown so much over the past few years. How do I know that? Because I’m sitting here writing this candid newsletter with the blessing of all my colleagues. That’s unprecedented in Canadian media. How often have you seen an employee write critically about what goes on inside her company and still be employed by that company?

Here’s an excerpt from a private email that Erin sent me when I asked her if I could talk publicly about our D&I journey: “I would be delighted if you shared how we’re devoted to doing things differently but still struggle. Of course, only share what feels authentic, relevant and true. But know you have full agency to speak openly about our org. Here’s my truth: White women have been the primary beneficiaries of diversity efforts in Canadian newsrooms and we don’t all use our increased power to lift up other women or POC. So if there’s any way I can support the conversation that this country needs, you call on me — ok?”

The Discourse is committed to challenging the media industry’s flawed status quo. Here are some concrete steps we’ve taken to institutionalize D&I at our company:

That said, we still have a lot of room to grow (myself included). Some of our D&I goals include regularly hosting diversity and anti-oppression workshops, producing a report on our newsroom demographics, and creating an inclusive style guide.

If you share our values, and want to see real change not only in Canada’s media industry but in our country at large, support The Discourse. We’re not perfect, but you have my word that we strive every day to walk the walk. Let’s do this together.

The Discourse team will be out and about at many events in the coming weeks. Come say hi!

Some of our community members asked why The Discourse chose to join Facebook’s local news accelerator for Canada, considering our mission to contribute to a healthier and more inclusive democracy. In this piece, Discourse founder and CEO Erin Millar explains how we reconcile our mission with the ongoing controversy surrounding Facebook.

Here’s how one of our community members, Scarborough Discourse’s Karim Kanji, responded:

.@thediscourse isn’t about always agreeing. It’s about coming together around the shared goal of creating new approaches to media that better serve communities. Thank you @karimkanji for challenging us, disagreeing with us and, ultimately still supporting us https://t.co/IJPnNhFcCx

Disagreements happen, and as long as the conversation remains respectful, they can — and should — be part of a healthy, productive debate. Especially about complicated issues like this one. Our team understands that, and we’re committed to listening to you, our community members. Thanks for always holding us to the highest standards.

Last week, this newsletter asked which three communities The Discourse should serve next. Thanks to everyone who weighed in! You told us that you want The Discourse to expand our presence in British Columbia and Ontario, as well as branch out to Manitoba, Quebec, Nova Scotia and New Brunswick:

I would want to be reading more about Prince George and further into northern BC, Saskatoon, Barrie, Winnipeg, Halifax, and rural Nova Scotia and New Brunswick. https://t.co/Yh3oifxHa1

Thanks to @lelasavic for suggesting that The Discourse’s next communities should be in Québec, specifically Kahnawake and Montréal-Nord. Where else should we go next? Sound off by replying to this thread. #BePartOfIt: https://t.co/eZzM7NNyhb

Keep the suggestions coming and tell us where the next [INSERT YOUR TOWN HERE] Discourse should be.