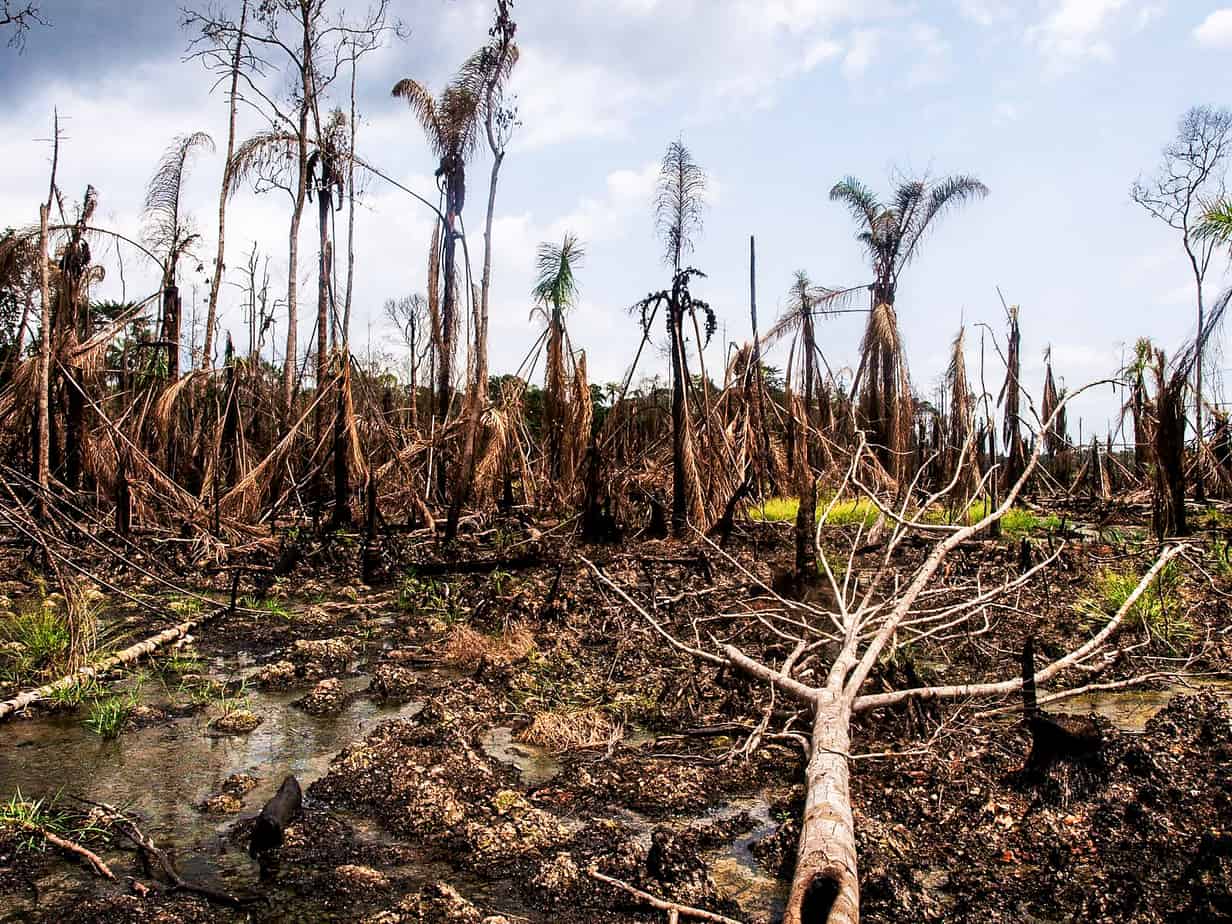 How two Canadian companies tried to benefit from the privatization of Nigeria’s energy grid
Richard Poplak
Support this work. Tell a friend.

Many millions of years ago, the mighty Niger River exploded into thousands of tributaries — from space, the region looks like a tangle of veins in a bloodshot eye. The resulting river delta formed the third largest wetland in the world, roughly the size of Scotland. Home to at least 31 million people, it generates more than 80 per cent of Nigeria’s revenue.

This is Africa’s oil central. Because of the copious petroleum, the Niger Delta is famously restive. While the insurgency group Movement for the Emancipation of the Niger Delta, or MEND, has wound down its campaign of violent harassment against foreign oil companies and government forces — the local people have seen almost no improvement in their circumstances.

Most Nigerians still live on less than $2 a day and electricity is little more than a dream. While hundreds of millions of dollars have been spent to change this reality, the energy sector in Nigeria remains dysfunctional. And, in a recent attempt to fix the problem, the country has called upon seemingly unexpected allies.

In 2012, two Canadian consultancy firms with experience working in Nigeria found themselves helping to reinvent the local energy sector. “Manitoba Hydro takes on 28 million new African customers,” read a headline at the time of the announcement. The reality was a little more complicated. In July 2012, a subsidiary called Manitoba Hydro International (MHI) won a $23.7-million contract to manage the Transmission Company of Nigeria (TCN), a state-owned power utility based in Abuja.

MHI was tasked with knocking its new ward into shape. Nigeria, a country of over 180 million people, is plagued with near constant brownouts and blackouts that severely hobble the economy. The idea was for MHI to steer TCN toward profitability and, following a three-year restructuring period, move it toward privatization. This was a vastly unpopular decision.

And what did the subsidiary of a Canadian crown corporation know about privatizing a state-owned power utility in Nigeria? 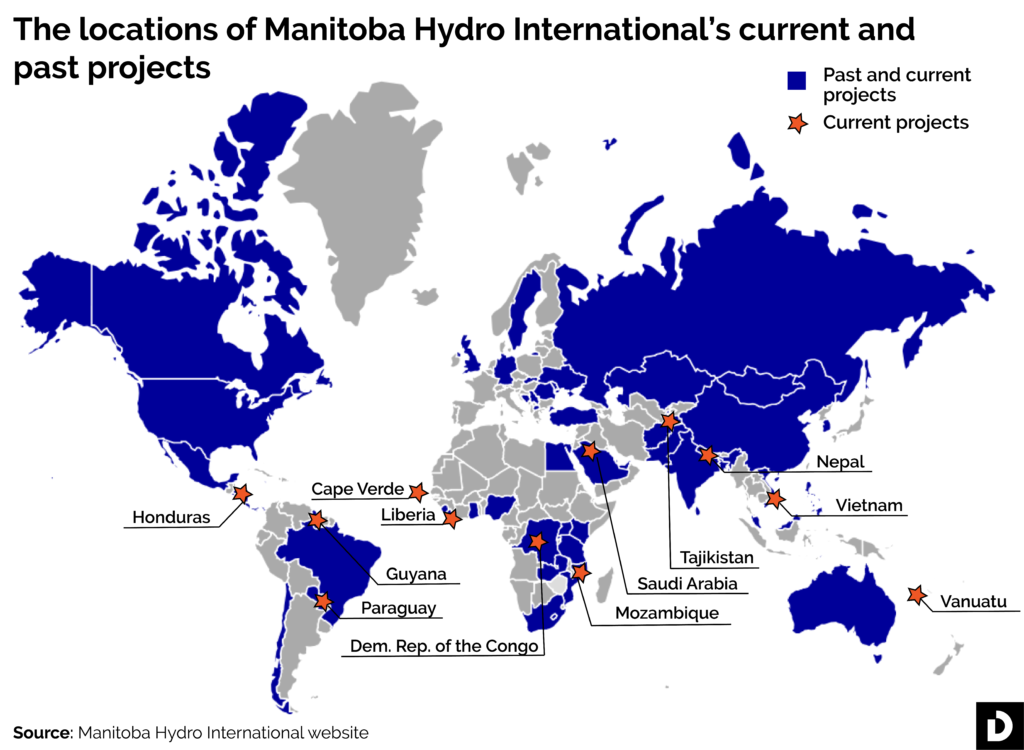 The quickest flight from Lagos to Winnipeg will take over 20 hours, and cost over $2,000. And, while Winnipeg has become more cosmopolitan over the past few years, if you asked a resident whether they were aware that a subsidiary of the provincially-owned power corporation operated in some of the world’s most dangerous locales, the question would likely be met with bewilderment. 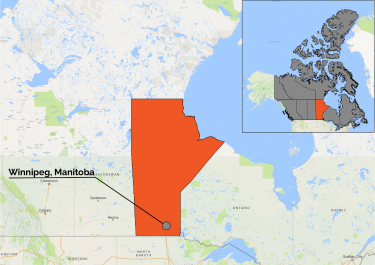 As far as renewable energy sources are concerned, Manitoba has a lot of them, which means that Manitoba Hydro is by no means a small operation. Since Manitoba Hydro became a Crown corporation in 1961, it has amassed assets amounting to $19.8 billion, and operates 17 generating stations that service almost 568,000 people across the province.

For all its reach, Manitoba Hydro is not in particularly good financial shape. Net income as of March 31, 2017, was $71 million, about half what it was two years ago. According to the company’s financial literature, Manitoba taxpayers are on the hook for the enormous amount of debt the company has accrued.

In April of this year, the corporation asked the province’s Public Utility Board to accept a 7.9 per cent rate hike for 2017 and 2018; cumulatively, the corporation is hoping to raise rates by as much as 46.25 per cent by 2021. This is largely to service two enormous infrastructure projects in Manitoba, which will slap another $12 billion onto the company’s $16.1 billion debt burden over the next five years.

Priced into their debt profile is the very real fear of drought emanating from climate change: boundless water is no longer a guaranteed commodity in Manitoba. As a result of all of this, last spring the company initiated a voluntary buyout program to slash nearly 900 positions from its 6200-person workforce. As the province’s third-largest employer, the downsizing will have a significant knock-on effect.

Nearly 620 million people in sub-Saharan Africa — close to two-thirds of the region’s population — live without electricity. The seventh of the United Nations’ Sustainable Development Goals (SDGs) stipulates that “reliable, affordable, sustainable and modern energy” must be available for all by 2030. In this sense, Africa presents either an intractable problem, or a once-in-a-generation opportunity.

The Mo Ibrahim Foundation, focused on the importance of governance and leadership in Africa, anticipates that the move to clean energy will require investment amounting to $70 billion US a year through 2030 — a small percentage of which would represent a windfall.

Since 1985, Manitoba Hydro International has served as a sort of all-purpose consultancy firm in over 75 countries, “assist[ing] clients to deliver electricity and natural gas efficiently, effectively, and in a sustainable manner.” Its reach is extensive and includes more than 20 countries in Africa, as well as Afghanistan, Kazakhstan, Pakistan, Mongolia, and East Timor, to name only a few. Most MHI clients are governments and power utilities based in former or current conflict zones often engaged in debates about the ownership of energy production.

And in Nigeria, MHI isn’t alone. They are one of two Canadian consulting companies that won local contracts. The other is Ottawa-based CPCS Transcom, a company that has built its reputation privatizing infrastructure all over the world. The upside for both? A high-profile entry into Africa’s drive toward full electrification.

Nigeria has flirted with energy privatization since the second administration of President Olusegun Obasanjo in the early 2000s. These initiatives were the result of the structural adjustment packages imposed by the World Bank and the International Monetary Fund as the country tried to right itself after the economic horrors of the 1980s and 90s.

In 2012, the Nigerian Bureau of Public Enterprises contracted CPCS Transcom to help manage the privatization of its grid. According to Philip Asante, VP for West Africa at CPCS, the company was familiar with the Nigerian landscape after working in the port sector. “Following a tender put out by the World Bank, we built a team of advisors, with all the big players. It was a very strong bid, and we won,” he said.

“There were massive, massive labour liabilities.”
Philip Asante, VP for West Africa at CPCSBut the process, highly fraught and viciously disputed, seemed flawed from the outset. In August 2012, Barth Nnaji, the minister of power, resigned, and thereafter claimed that the energy sector was not operating cleanly. (Nnaji likely had a point: Transparency International rates Nigeria 136 out of 178 nations on the Corruption Perceptions Index.)

Shortly after Nnaji’s departure, the head of the Bureau of Public Enterprises (BPE) — charged with implementing national policy on privatization and commercialization — was also fired. As energy consultant and CEO of New Hampshire Capital, Odion Omonfoman, noted, “The privatization process was underpinned by very optimistic and unrealistic assumptions.”

According to Asante, “the reform program was actually very well designed.” There were, however, uncertainties: there was little visibility for outsiders like CPCS as to the true state of operational inefficiencies in the electricity sector. More important, it was assumed that the Nigerian government would negotiate with the unions allowing for a smoother transition to new ownership down the road. But, says Asante, “there were massive, massive labour liabilities.”

This is hardly new territory as far as privatization is concerned, especially in developing nations. CPCS Transcom’s tagline is “solutions for growing economies,” and the company has projects currently underway in many developing countries, including Bangladesh, Senegal, Benin, Chad and Jordan, as well as in Canada and the United States. The best way to think of CPCS is as a vehicle for transferring indebted state-owned corporations into private hands, often at the encouragement of international lending agencies.

In Nigeria, however, the focus became MHI’s management of TCN, the Transmission Company of Nigeria. As MHI came under increasing fire from politicians and the media, workers promised to make the environment as difficult as possible for the company.

‘Doomed from the outset’

The TCN was one of the final pieces of the Nigerian power sector to be privatized. Part of MHI’s mandate was to train up local staff for a seamless handover in 2016. But most of the local management were not hired by the Canadian consultants. They were instead imposed upon them, a setup that appeared to be dysfunctional.

According to Dr. Martyn Davies, managing director, Emerging Markets & Africa at Deloitte, “There never was an overall approach to dealing with the production and supply issue. This made it very challenging to integrate, and it probably doomed things to fail from the outset.”

CPCS’s Philip Asante puts it another way. “The press said that the privatization drive had failed,” he tells me. “And so, as people contemplated going back, the question was, ‘What are we going back to?’”

While Manitoba Hydro and its subsidiaries are taxpayer funded entities, they were unwilling to respond to questions regarding their experience in Nigeria. “After reviewing your questions,” wrote communications manager Kamila Konieczny, “we must decline your invitation.”

That said, Asante feels that MHI was hard done by. “First of all, MHI is a great outfit for what they do,” he told me. “My impression is that they weren’t given a lot of support. Had there been a bit of political support for them, this might have turned out differently.” MHI has pulled out of Nigeria completely, and for the most part, according to Asante, other companies are taking a wait-and-see attitude.

And so, despite the tens of millions of dollars earmarked for MHI and CPCS alone, energy sector dysfunction in Nigeria continues. Oil continues to ooze from the ground in southern villages. And still, no one has figured out how to keep the lights on.

This content was produced with the support of the Access to Energy Journalism Fellowship and Discourse Media. The story was edited by Lindsay Sample and Daina Lawrence, with fact-checking and copy editing by Jonathan von Ofenheim. The data and graphics were created by Caitlin Havlak and the feature image is by Sosialistisk Ungdom (SU). Discourse Media’s executive editor is Rachel Nixon. 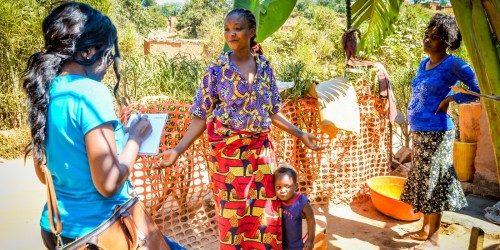 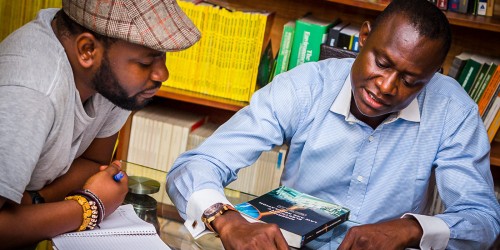