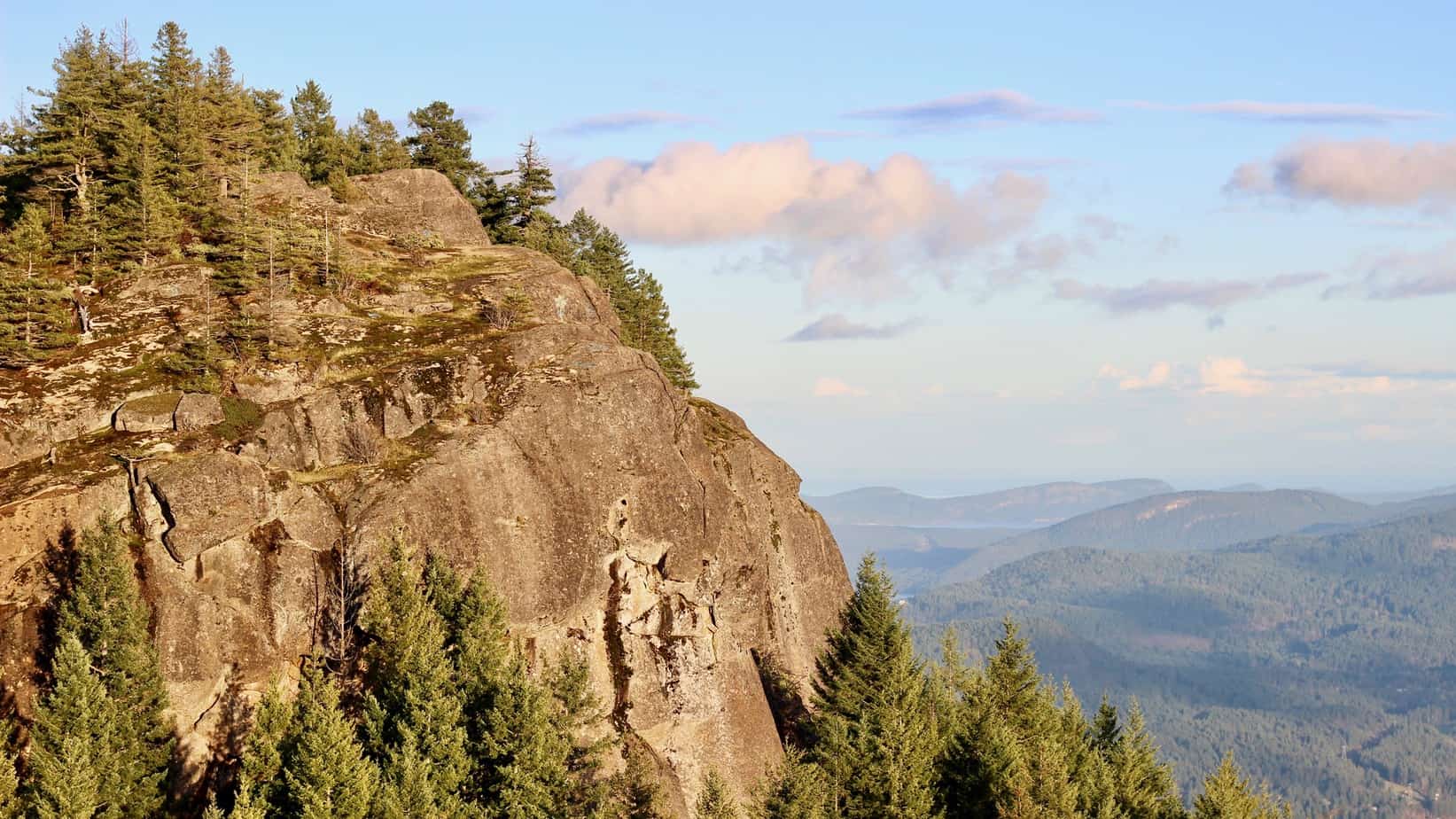 The ancient story of Swuq’us

How Mount Prevost got its name, the second in a series.
Jared Qwustenuxun Williams July 14, 2020
Support this work. Tell a friend.

I want to again raise my hands to those who take the time to submit questions and to all those who read my stories about the history of Quw’utsun. This is one of the oldest stories in Quw’utsun history and getting a chance to share it with you is an absolute honour.

As you may remember, a reader wrote in with a question about the story of Mount Prevost, the great mountain that defines the Cowichan Valley skyline. Last week I sent you the first part of this two-part series, about the mountain’s hwunitum name, “Mount Prevost.” Now I will share the sacred story of how the mountain was given the name Swuq’us.

As always, I’ll use a few Hul’q’umi’num words and leave a glossary below.

Every landmark in this valley has an ancient name, almost every place that wears hwunitum sne’ once wore a Hul’q’umi’num sne’. But in less than 10 generations our landscape has become dominated by hwinitum sne’, so much so that even many hwulmuhw people don’t even know the Hul’q’umi’num place names.

One of these places is Mount Prevost, renamed so for the British captain James Charles Prevost, and I shared that story last week. This story is about a dog named Swuq’us and his master, Stutsun.

But to give you the fullest and most accurate version of this story, I reached out to my friend Ts’ules (Chuck Seymour), who is a cultural and language teacher in Cowichan. I was honoured to be given this chance to share the story, as many of our stories are sacred and some cannot be shared.

I met with Ts’ules on the banks of the Quw’utsun Stalo in Qw’umiyiqun and asked him what he knew about the story of Swuq’us:

“Stutsun was our very first ancestor who landed on the mountain, dropped by the creator full-grown,” he said. “Stutsun was alone for a long time, as his siblings had not yet arrived.”

“So Stutsun prayed to the creator as he built his home on the mountain. The creator told him to look in a cave, so he went to the cave and he found a dog already full-grown, yet its neck was bent, so it walked around with its head up in the air.”

“Our old people would have joked and called it smetth’un’, with its nose in the air like it was too proud. Stutsun named the dog Swuq’us because to be like that, or to have that condition, is to be swuq’aas.”

“So he named his dog Swuq’us and in turn he named the mountain after his dog. Some time after that Syalutsa was dropped on Hwsalu’utsum. There were seven brothers that were all dropped in various places in the valley.”

During our conversation Ts’ules said something that is worth noting. He talked about how these ancestors and places connect directly to our lineage, for there are people alive today who wear the names of those who first fell from the sky.

Ts’ules said, “My wife is lucky, because she has ancestry from Stutsun on one side and Suhiltun on another side. So she’s connected to both of our very first ancestors. As we’ve been taught, you don’t talk about exactly what you come from and everything, we have all these lessons of humility.”

“But, when we are in these battles with the government, whether it be federal, provincial or municipal, some of this history really needs to come forward. She’s of that background, she doesn’t talk about her being descended from Stutsun and Suhiltun, but the histories we bring forward we in turn teach to our children. So they know who they are, where they are from, and our exact connection to the land.”

“Our ancestors found a way to honour Stutsun; they used the mountain during coming of age ceremonies. One side of Swuq’us was used for girls who became young women and the other side was dedicated for the boys who became young men. Those sacred ceremonies took place on that mountain.”

Our conversation even turned to lessons about pre-contact transportation and village sites. Ts’ules said, “How did we get there? This river, the Quwutsun Stalo, and we’d take S’amuna Stat’lo to S’aumuna Xatsa’. That was the original village of S’aumuna there. Then we took Bings Creek and Averill Creek to access the mountain, to go to where we took our young men and young women during those important times of change. That’s why those ceremonies took place on Swuq’us.”

The story Ts’ules shared is one I’ve heard from many elders. It is an absolute honour to be given the chance to share this story with the broader community. Only by sharing these stories can we hope to begin the process of reclaiming our place names and show the people of the Cowichan Valley where they really stand.


If you would like to hear what the Hul’q’umi’num language sounds like, you can hear me pronounce some place names and sounds on my YouTube channel. And, check out First Voices to learn more words and sounds. 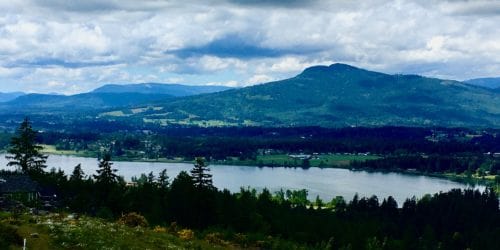 How did Mount Prevost get its name? 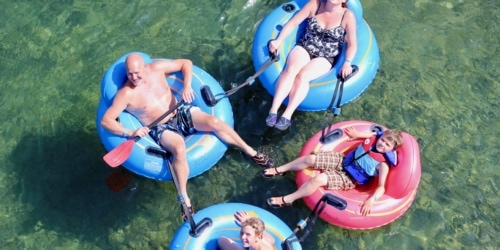