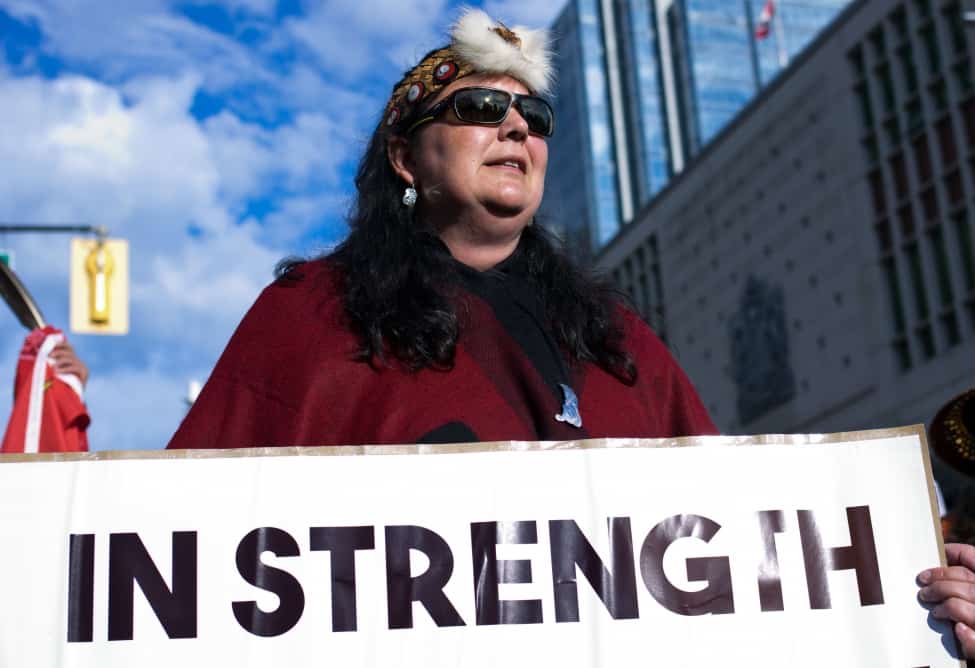 Tell us what urban Indigenous stories to investigate next

From housing to youth to MMIWG, you told us what matters most to you. Vote for our next topic now.

After a successful string of stories on the theme of culture, it’s time for us to embark on another set of stories on a new theme, and we need your help.

Because here at The Discourse, we want to know what matters most to you. You tell us what the news is and what needs investigating; we don’t tell you.

So, after listening to urban Indigenous people from all walks of life these past several months, and unpacking and studying your interviews, we’ve arrived at a new set of themes for you to consider.

Here are the five themes you told us matter most to you right now.

Cast your vote for the theme you’d like us to investigate next. After a week’s time, the theme with the most votes will be the one that we dig into for our next set of stories.

Here are the themes:

Voting will be open for exactly one week until midnight on April 9. We’ll tally the votes on Wed, April 10 and tell you the winning theme in this newsletter next week. Cast your vote now!

And if you would like to answer our community interview questions to help identify the themes for our fall vote, click here.

Cecilia Point knows she will never be alone. In her community, someone always has her back, she says.

Cecilia works at Indigenous Tourism Canada and is a spokesperson for the Musqueam nation. Last month, she was awarded for her activism by Burnaby’s Spice Radio for speaking out against racism.

What she loves most about her tight-knit home community is the security and comfort of people being there for one another. “You’re never alone, I mean, I have something I know I will never have to worry about.”

“I often find that a lot of my single friends, especially if they get to be my age, they’re completely alone. Like all the time. Alone,” she says.

And they often talk about needing to find and join groups because they don’t have any friends, she continues. “I find that, unusual, you know, about people who are not from my community.”

Cecilia sees the younger members of the community now being taught what she holds so dear –– to take care of the people around her.

“When we have gatherings, they have to go get their food for the elders first, and they have to clean up and check on people and you know it’s just sort of a given that our community — people look after each other.”

“If I do fall, and fall down, someone will find me,” she says.

Journalism student Cloe Logan joined The Discourse as an intern in Vancouver in March, and will be working with us for five weeks. The 22-year-old has been studying journalism at Langara and will graduate from the college’s two-year program this spring. You may have noticed her byline in this newsletter the last few weeks.

Cloe’s connection to The Discourse started last year, when she came across a child-welfare story written by reporter Brielle Morgan, whom she later sought out and interviewed for a school assignment about journalism objectivity. Cloe became more interested in The Discourse after listening to reporter Wawmeesh Hamilton lecture her journalism class in March about reporting on Indigenous people and communities. “It made me think about news stories differently,” she says. “The Discourse taught me to look deeper and be more critical about sources and quotes.”

The Discourse covers news about the Lower Mainland’s Indigenous community, something Cloe — who grew up in the Lower Mainland — had only a passing familiarity with. But she’s delved into it, and is now working on a story for our upcoming series on inauthentic Indigenous souvenirs, as well as doing community interviews as part of our public engagement process.

“I’m amazed at this process. I’ve learned that non-Indigenous journalists can’t engage with stories without this context,” Cloe says. “Indigenous people are complex and have different views, and you need to be aware of that.”

Cloe says she learned how to write ledes, headlines and cutlines in school, but that her real education started at The Discourse. “I learned that the education system I grew up in lacked the context to produce journalists who can responsibly report Indigenous stories,” she says.

And you like this newsletter, help us build this community by inviting your friends to subscribe. We value your feedback.