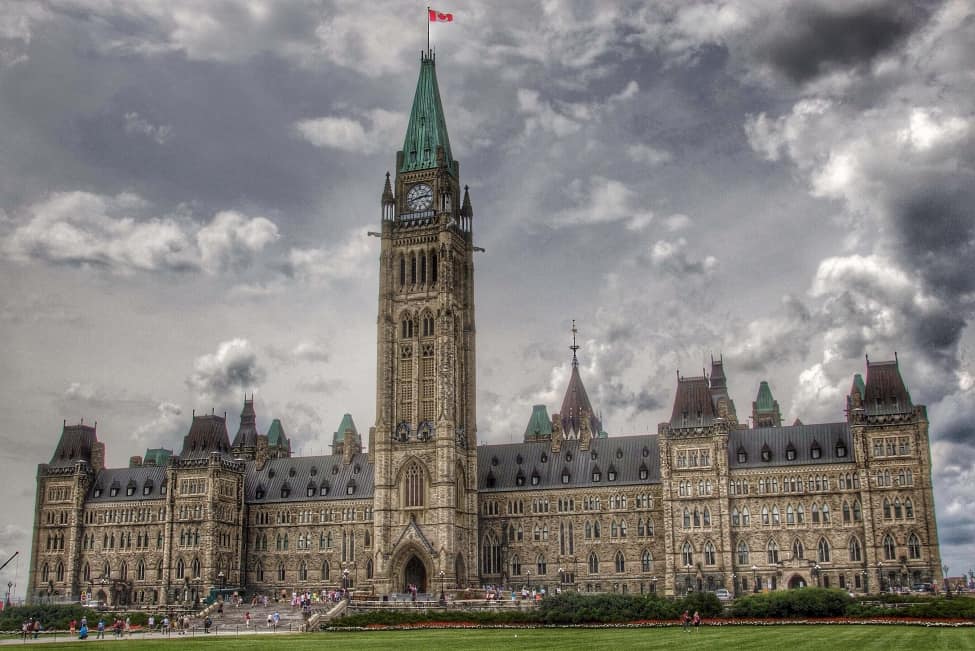 Indigenous artist hopeful new report could help curb ‘the appropriation of our artworks.’

The Canadian Copyright Act is failing Indigenous people when it comes to “the protection, preservation, and dissemination of their cultural expressions,” says a new report released June 3, 2019, by the Standing Committee on Industry, Science and Technology.

The report — which follows months of committee meetings that heard from over 200 witnesses and received more than 100 briefs and 6,000 emails — includes 36 recommendations to government on how to improve all aspects of the Canadian Copyright Act, whose review is required every five years.

Kwakwaka’wakw artist Lou-ann Neel was one of approximately six Indigenous witnesses who presented to the committee between February 2018 and May 2019. She’s pleased with the report overall and hopeful that its recommendations will lead to finding ways to immediately address the “cross-the-board infringement on our arts, and the appropriation of our artworks.”

As it stands now, the Copyright Act does not acknowledge Indigenous forms of ownership, like “communally owned property, familial-owned property or properties held by the nation,” Neel told the standing committee in October 2018.

Without these laws to protect them, “our artists continue to operate daily at under-poverty levels,” she explained. “We do not see the proceeds coming back to our communities. We don’t see royalties. Permissions have not been granted for the use of many of our designs in the first place.”

In its report, the committee acknowledges that the Copyright Act fails to recognize Indigenous forms of ownership, and may even facilitate cultural misappropriation, noting, “Indigenous artists appear especially vulnerable to economic exploitation.”

A recent Discourse investigation found that 75 per cent of tourist shops in Vancouver seem to be selling inauthentic Indigenous products, made without collaboration with Indigenous artists.

“For me, that just reinforces the reasons why we took a look at the Indigenous chapter of copyright,” Dan Ruimy, the MP for Pitt Meadows-Maple Ridge, B.C. who chaired the committee, told The Discourse after hearing the results of our investigation.

“I think it’s important to understand the impact of that,” he says. “So when you are looking at a totem pole in a tourist shop, for instance — where is that art coming from?”

“One of the things we noticed was that there didn’t seem to be any specific emphasis in the past on Indigenous matters,” Ruimy says. “So we thought it was important that we bring in Indigenous people and hear what they have to say on copyright.”

The report’s fifth recommendation focuses on matters related to Indigenous artists. It urges the government to “consult with Indigenous groups, experts and other stakeholders” to explore how Canadian laws, including the Copyright Act, could better protect “traditional arts and cultural expressions in the context of Reconciliation.”

It also recommends the “establishment of, an organization dedicated to protecting and advocating for the interests of Indigenous creators,” as well as the development of an Indigenous Art Registry, and the insertion of a “non-derogation clause” in the Copyright Act.

A non-derogation clause would “prevent the misappropriation of Indigenous knowledges and cultures by acknowledging that Indigenous peoples have ceded none of their ancestral rights over traditional arts and cultural expressions,” the committee heard.

Extensive consultation with Indigenous communities is now necessary, the committee continues, adding it “cannot stress enough the importance of moving forward collaboratively with Indigenous groups and other stakeholders on the matter.”

An Indigenous arts advocacy group is part of what Neel proposed in her presentation to the committee in October, She’s hopeful this review will “enable the development of these organizations so that we would have the voice, first of all, to respond to this committee every time they do their review.”

Ultimately, she would like to see “an arts organization led by artists and run by people who are in the arts field,” she told The Discourse.

The government now has 120 days to respond in writing to the report. “If the government decides that they want to implement some recommendations, then they would draft legislation and that would be presented in the house,” Ruimy explains. “It would be debated, and likely go back to a committee.”

For Neel, while she’s eager to engage in consultations, she’s worried the committee doesn’t have the power to compel the appropriate federal bodies to act.

“You get these kinds of studies, reports and this review of the Copyright Act, but the real meat and potatoes attached to it is if the federal departments that are impacted by this legislation actually step forward and do something,” she says.

“At the end of the day that’s what committees do: they make recommendations,” says Ruimy. “We thought this was a good step forward to bring attention to what we heard from people,” he continues, adding it’s now up to the government to decide what it wants to do next.

Regardless of what the government decides, Neel says she’s forging ahead with plans to create an artist co-op in B.C. that would help Indigenous artists access funding and increase their business awareness and entrepreneurial skills. “So that artists who do want to participate in the commercial market can do so safely, know how to copyright their work and,” she says, “have an organization who will help them if they do encounter appropriations.”

She hopes the co-op could one day become a model for Indigenous communities across the country.

This story is part of a series on fake Indigenous art in the tourism industry. It was edited by Robin Perelle.