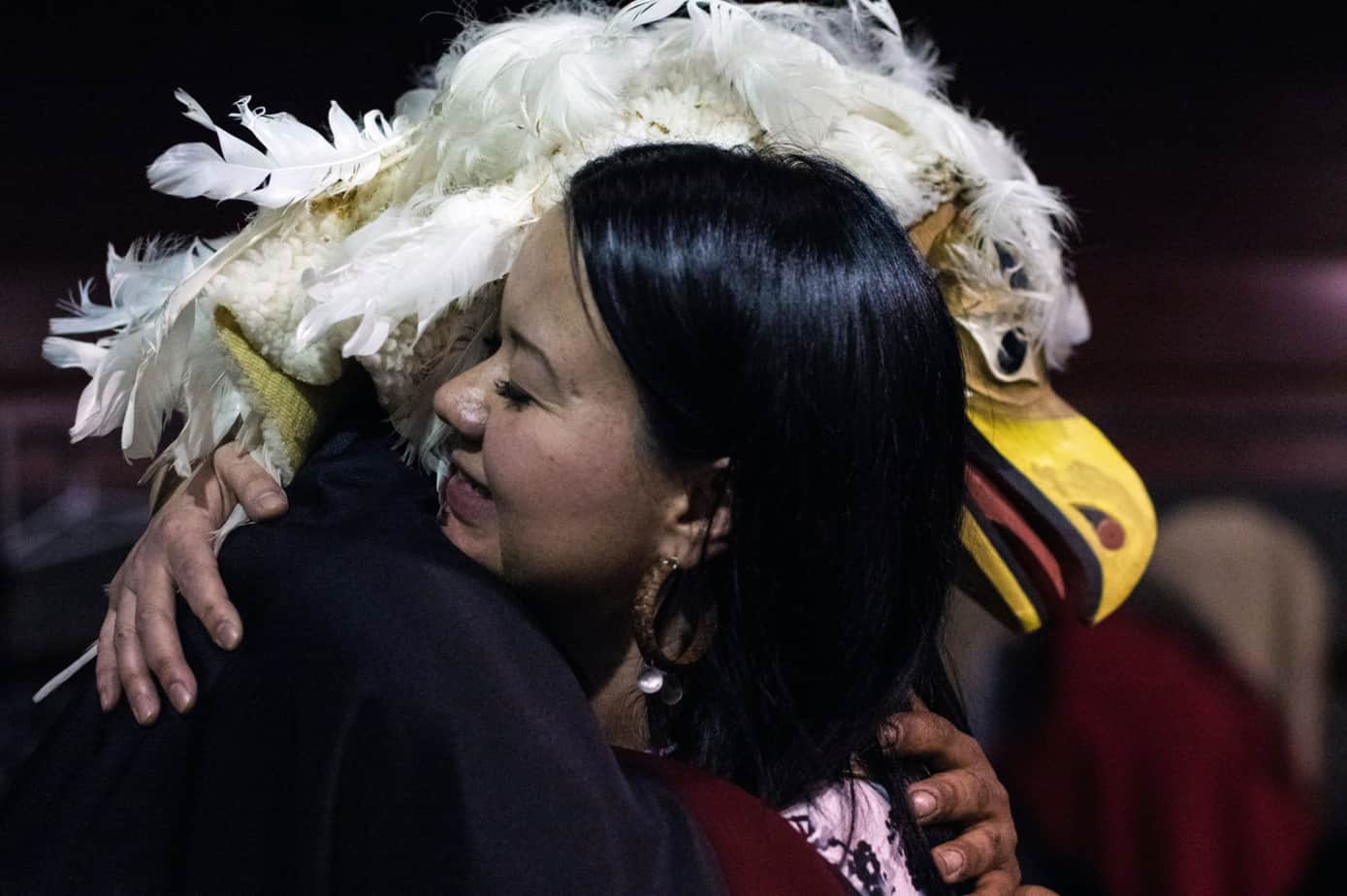 The votes are tallied and you want us to look into Indigenous culture first.
Wawmeesh Hamilton
Support this work. Tell a friend.

We asked you to vote on which issue you wanted us to look into first, and you did. Based on your feedback, the first issue we’re going to tackle is urban Indigenous culture: the ways in which community members connect to and sustain their culture, and the barriers they face.

Culture finished with 31 votes: 21 votes from the members of our Indigenous in the City Facebook group and 10 via our online survey. Housing came in second with 18 votes: 13 via the survey and five from Facebook. Other categories included police relations, reconciliation, service access and online safety.

Indigenous culture resonated with nearly every person we interviewed leading up to the vote. As Jerome Turner aptly put it: Being Gitxsan is central in everything he does. But Turner, who has lived in the Lower Mainland for more than 10 years, pondered how other Indigenous people manage to keep their culture in their lives, especially when living far from home. “That’s one thing that keeps them Indigenous is keeping alive in their culture. How do they do that here?”

It doesn’t surprise me that culture won the voting so handily. Despite the housing crisis and unaffordability of living in Metro Vancouver, our readers still chose culture as the issue we should look into first. (Though with housing coming in a fairly close second, we’ll definitely keep it in mind for our second round of stories.)

The result confirmed something I’ve long known. Indigenous people can leave their home First Nations, but their culture never leaves them. And if they can’t access their own culture, then they often adopt a surrogate urban Indigenous culture made up of customs from many Nations’ cultures.

Now, we’re going to look at what you told us more closely, and select some stories to tell that reflect what’s most important to you.

Teara Fraser’s Métis roots come from Fort Chipewyan in northern Alberta, and she had to adapt living in small B.C. towns before moving to Vancouver. It’s that ability to adapt and navigate that she particularly appreciates about Métis people.

Métis people still get “less than-ed or othered” by Indigenous and non-Indigenous people, Teara notes. But she still feels like she’s a part of an Indigenous community in the Lower Mainland. “I feel respected, valued, as an Indigenous woman and as an Indigenous leader here,” she says, “and I think that might be because there is so much mixing here, right?”

Indigenous people often come from large families and close-knit communities and are used to dealing with death, says Nisga’a-Kwakwaka’wakw Ginger Gosnell-Myers. And that’s what makes it hard to watch the generation that guided her —  that carried and passed teachings of culture and tradition — pass on.

“I come from a big family and a lot of my aunties and uncles or older cousins are — they’re getting older. There’s a lot of them,” says Ginger, who is 40 (and, full disclosure, my sister-in-law). “We don’t live forever and they are who I’m used to.”

Ginger sees the next decade as a critical time in her generation’s lives, as they care for their loved ones who are now in their twilight. “People are getting older and we’re going to lose them and it’s going to happen a lot over the next 10 years,” she says. “I don’t think we’re prepared for that.”

It’s a time of great change for her generation, she continues. “It’s a sad time in a lot of respects and it’s a time of a lot of hope and a lot of expectations,” she adds. “Thinking about the people who aren’t going to be here is sad.”