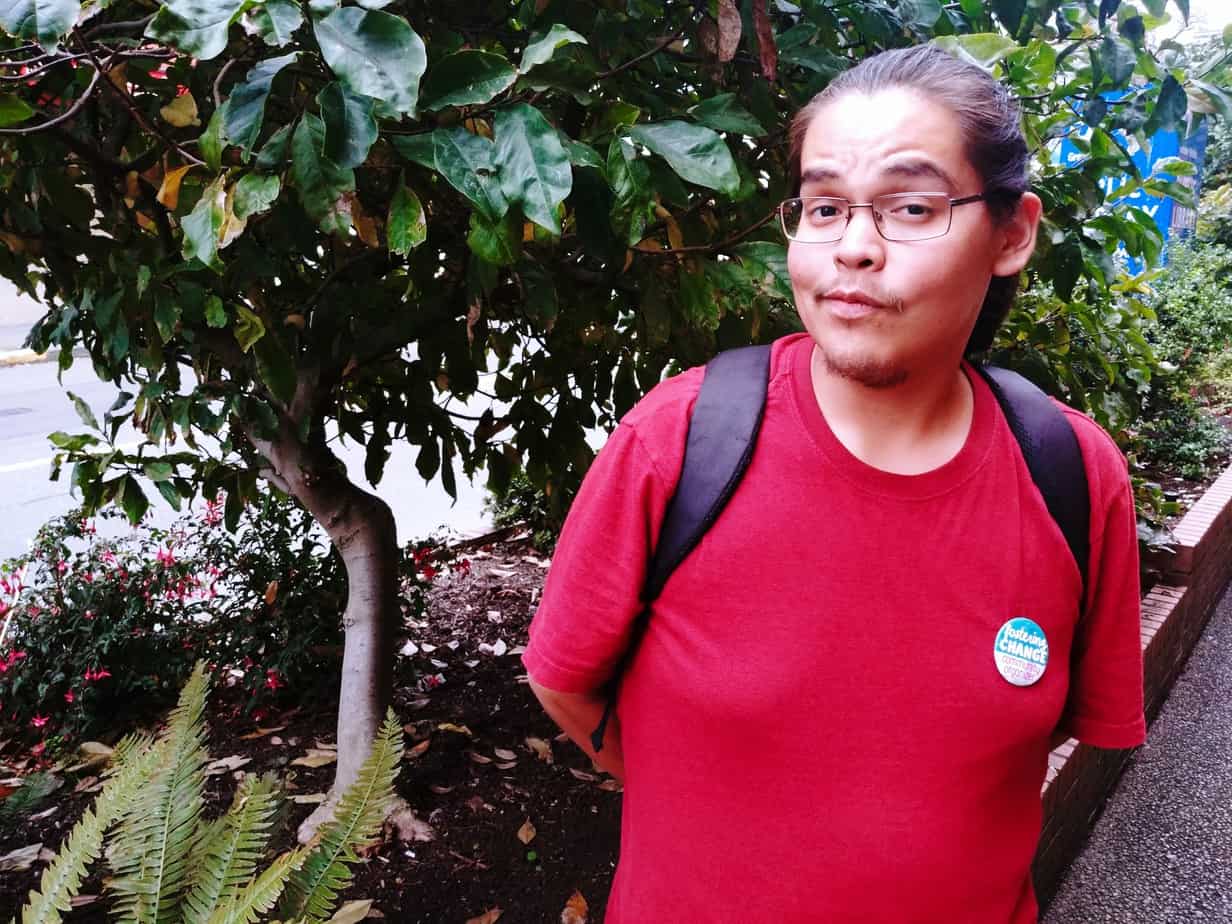 Glugwe Walkus was eight years old when he went into care.

“My mom and dad went to the store to go get some groceries,” he says. “They were gone for not even an hour, and the next thing you know the cops were at the door knocking.”

Walkus remembers running from the house toward his older brother, who was standing in the parking lot of their housing complex in Vancouver. He remembers a policeman twisting his arm behind his back, too hard. And he remembers the cops taking him and his older sister to McDonalds and buying them milkshakes.

Walkus spent the next seven years in and out of government care, bouncing between foster homes and relatives’ homes. In the process, he says he lost access to his culture and his extended family. He believes urban Indigenous kids growing up in care, like he did, deserve better support when it comes to connecting with their culture.

For Walkus, connecting with culture means having access to “home food” — ”that good taste of ‘meh’ [or ‘małlik’, which means salmon in Kwak̓wala], oolichan grease, herring eggs, even bannock by itself.”

“I missed out on that opportunity to get passed down that knowledge of everything that they would have been able to teach, good or bad.”
Glugwe Walkus, youth from care

It means learning his language. He says he’s grateful to his dad, a residential school survivor who has been teaching him pieces of their traditional language, Kwak̓wala. Walkus spent the tail end of his high school years living with his dad.

“My grandma, she makes fun of him for trying to speak the old ways,” he says. “He apparently says some words that are wrong.”

But it’s not only about food and language for Walkus. It’s also about place. He believes it’s important for Indigenous youth in government care to get the chance to visit their traditional territories, “so they can figure out who they are and where they come from.”

Before going into care, Walkus says his parents would often take him to the Gwa’sala-Nakwaxda’xw Nations’ traditional territory, just north of Port Hardy, where his elders lived.

“We went out there like every other holiday,” he says. “When we got a chance to.”

But those visits stopped when Walkus went into care, he says, and this meant less time with his grandfather, whom he loved.

“He had two blood clots in his head, from being beat up a long time ago, and he was always in a wheelchair,” he says. “Even though he didn’t have the proper memory, or speech impairment, he always knew who I was. He always called me his son, too, so like, that was the best thing that could ever happen.”

For Indigenous youth in care, access to elders and extended family is important, Walkus says.

“I missed out on that opportunity to get passed down that knowledge of everything that they would have been able to teach, good or bad,” he says. “If the badness of what they went through was residential [school], the goodness was how much they kept their language and traditions.”

“That’s what I would have loved to learn, but I can’t learn as much no more,” he says. “Because all my elders, they’re gone. I have very few left.”

The B.C. government is required by law, under the Child Family and Community Service Act, to support cultural connections for Indigenous kids in care.

The law specifies that a child’s “cultural, racial, linguistic and religious heritage” must be considered when making decisions about what’s in their best interest, and one of its guiding principles is that “the cultural identity of aboriginal children should be preserved.”

The Discourse contacted the Ministry of Children and Family Development to ask what the ministry is doing to foster meaningful cultural connections for youth in care, who is responsible for maintaining those connections, and what barriers they might face. But a spokesperson said no one was available for an interview prior to publication.

According to its current service plan, the ministry acknowledges that, “The well-being of Aboriginal children and youth who have to leave their parental home depends on their receiving services that strongly connect them to their culture and traditions.”

But Betty Kao-Lin, the acting executive director for Métis Family Services in Surrey, says there isn’t enough funding to consistently connect Indigenous kids with their cultures.

“We don’t ever want a child or a youth to feel that they weren’t able to have the information that they needed about their heritage,” she says.

Though she and her staff of government-funded social workers offer some cultural programs for the Métis kids in their care, and sometimes find the means to bring some youth back to their homelands, she says they can’t afford to offer these visits to everyone.

“We’d love to be able to do this with every single child that we have in care, but how do you do that when you have a limited budget?” she says. “That’s one of the barriers: is the lack of funding for cultural stuff.”

Métis Family Services currently has 137 kids in their care and a budget of $139,000 for “cultural money,” Kao-Lin says. She’d like part of that budget to go towards hiring a full-time cultural worker, as well as honorariums for elders and cultural lessons for kids.

But that leaves little money in the budget for visits to extended family or traditional territories to connect the youth with their communities, she says. 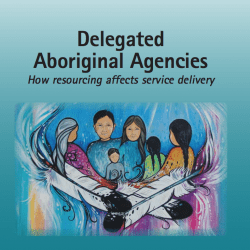 A 2017 report by the Representative for Children and Youth’s Office found that “funding levels and practices – by both the federal and provincial governments – present significant hurdles for DAAs and the staff who work in them.”

“I think what should happen is all the people in the ministry who are funders … should actually do a stint out in a Delegated [Aboriginal] Agency,” like Métis Family Services, she says. “Then they would have a better appreciation of what we have to do out here in the DAA-land because it feels like we don’t have the same kind of funding as the ministry does.”

Beyond drums and dream catchers

Tyler McNulty has never been to his nation’s home territory. Like Walkus, he spent much of his childhood in government care. And like Walkus, he would have appreciated more opportunities to learn about his nation’s unique teachings and values.

McNulty was removed from his home in Burnaby when he was three years old, and he estimates he lived in at least 20 homes after that. None of his foster families were Indigenous — let alone from the K’ómoks First Nation — as far as he knows.

McNulty says he’s always known that he’s K’ómoks because his great-grandparents drilled it into him. His great-grandfather was K’ómoks and his great-grandmother, Deedee, used to share the community’s newsletters with him.

“She just loved the culture,” he says. “She wanted to know everything about it.”

He acknowledges he learned about some Indigenous ways of being through programs at school and in the Lower Mainland community. At the ministry office in New West, he learned how to make dream catchers. And he remembers being taken to powwows on the Tsleil-Waututh reserve. But he wasn’t being taught his own Indigenous culture.

In Grade six, he says his social worker hooked him up with an opportunity to spend a week camping with other Indigenous kids on the Chehalis River.

“That was almost like life-changing. It made me realize a lot of things,” he says. “I appreciate hot water because we were camping off a glacier-fed river. We had to wake up, get in the canoe, canoe up the river, run up the mountain and then run back down and then bathe in the river.”

“There was like a ceremony at the end where an elder would like put a blanket on you and say, ‘You’re now a man.’ It was a good experience.”

Despite these highlights, McNulty, who’s now 20, says on the whole his cultural education was “kind of generic.”

“It’s always the same things … you’re going to make drums or you’re going to go make dream catchers,” he says. “I’d rather, like, sit there and actually hear a history lesson basically on where these people came from — what did they stand for, you know?”

He wants to learn about his people, about K’ómoks First Nation. He wants to see more than the glimpse he got from those newsletters years ago.  “I don’t know nothing about them, other than their name,” he says.

Walkus says he, too, learned to drum, dance and sing in elementary school, but he didn’t learn anything about his nation and their unique values and teachings.

His dad tells him that singing and dancing aren’t even part of their traditional culture.

“Our tradition was learning the language of our ancestors and what we did on the land,” Walkus says. “That’s what he taught me.”