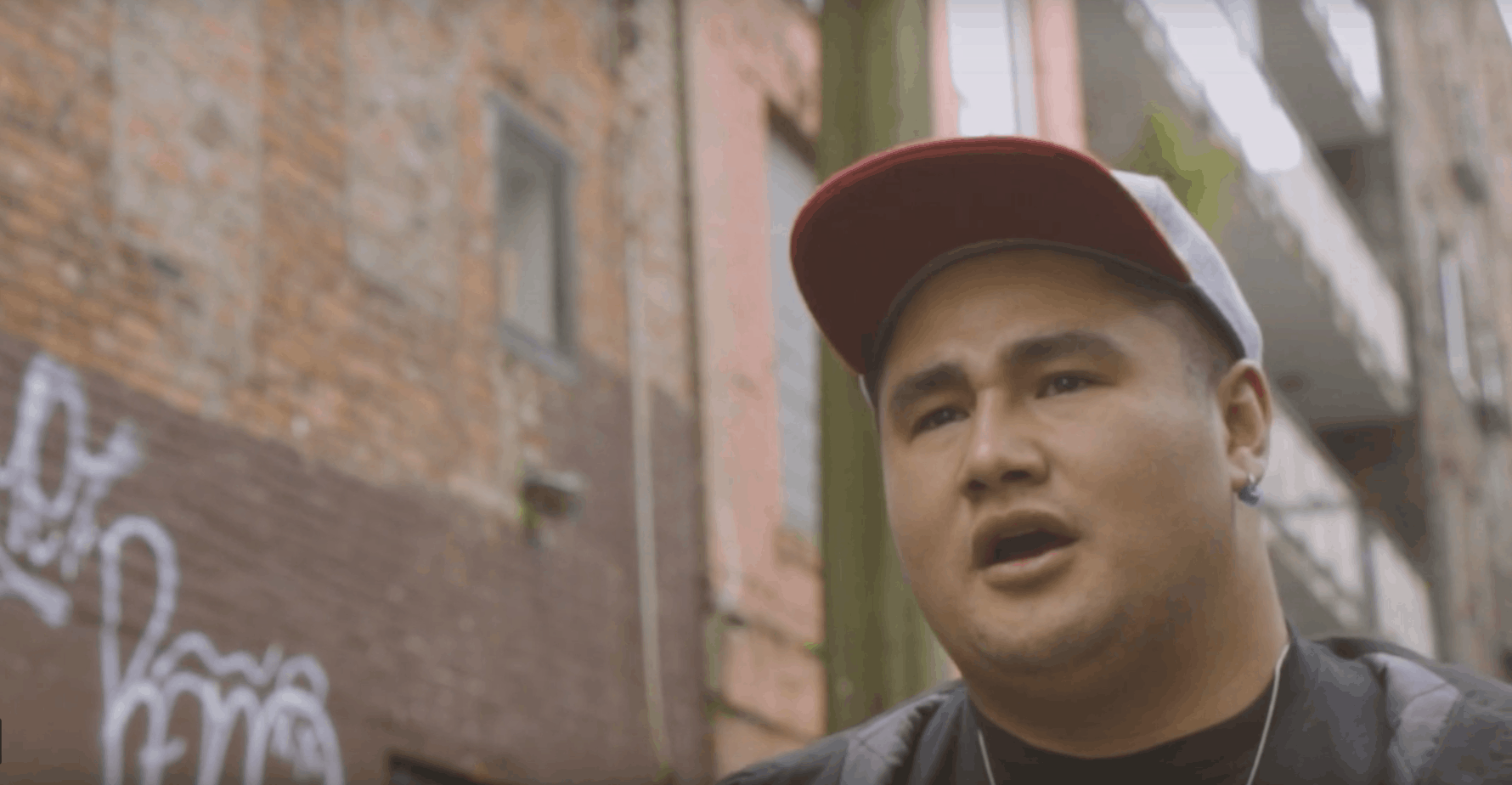 Indigenous language and culture survives, even in the darkest places

As Robert began to chant, the people shooting up or smoking crack around us in the alley stopped what they were doing to listen.
Wawmeesh Hamilton
Support this work. Tell a friend.

Robert, 31, is from the Lawit’sis Nation of Turnour Island off the northeast coast of Vancouver Island, but grew up in Vancouver. His life hasn’t been easy: he went through foster care and, last spring, he overdosed on heroin. He credits his family, but also his culture and language, for his successful healing journey back, he says.

Robert spoke to my colleague Uytae and I in an alley in the Downtown Eastside on a grey fall morning. There, he made a powerful speech in his Kwak’wala language.

“My language is important to me because it’s the foundation of my identity as a human being, as a Bak’wam, as an Indigenous person where I come from,” he said.

If his oratory wasn’t powerful enough, we then witnessed something I felt was equally powerful.

As we stood in the cold, dank, grimy alley, there were about 12 to 15 people either shooting up or smoking crack and crystal meth around us. There’s no easy way to say this, but there were Indigenous people behind the momentary sparks of flame from lighters to glass pipes, or holding orange-tipped syringes.

The experience underscores something I’ve long believed: that Indigenous language and culture survives even in the darkest places. Sadly, the Downtown Eastside is the end for some Indigenous people, and I know this because the names of several friends I grew up with are scrawled on several memorial walls there. But our culture survives.

In the coming weeks, we’ll be presenting more urban Indigenous people in the Lower Mainland who still speak their languages even though they are far from home. For now, I hope Robert’s video moves you as it did me.

When Denise Halfyard sees that other Indigenous people in Vancouver recognize that she is Aboriginal too, she already knows what question is coming — and she loves it.

“They want to know where I’m from. That’s always the first question I get, and I find it so interesting because I’ve never really thought of it,” the 40-year-old originally from Terrace, B.C. says.

So how does Denise respond? With the same question, of course. “I ask them where they’re from,” she says.

The seemingly simple question leads to meeting some of the interesting folks that make up urban Indigenous Vancouver.

“Today, I met a girl from Kitimat, which is 45 minutes from my hometown, and I met a man from Saskatchewan who — that’s a long ways from home,” Denise says.

“I love how they’re [Indigenous people] always interested in learning more about those around them, and where they’re from.”

Of all the challenges urban Indigenous people face, one of the most difficult to navigate is where to access services, especially for those who have just declared their Indigeneity.

Theresa Aslin Fresco lives in Vancouver and identifies as half Filipino and half Indigenous. She’s always known she was part Indigenous but only recently embraced that part of her heritage. After a long bureaucratic fight, she’s gained her First Nations status and band membership.

“Now, that I have that, that’s great because I can go and vote for my nation and stuff like that, but how do I access all the services like health care, counselling, those kinds of things?” she asks. “I don’t know where to start. I’d probably Google my way through it, but it’s difficult to navigate that world.”

Indigenous people who self-declare their identity later in life face a myriad of federal and provincial bureaucracies, each with its own slice of the jurisdictional pie — and that’s the problem. There’s no one-stop-shop.

“There’s no manual that helps you navigate where to go for what thing, and then you incorporate all of the time that it takes to try to navigate that,” Theresa says. “If you’re working full-time and trying to make it, like it’s super impossible, right?”

And if you like this newsletter, help us build this community by inviting your friends to subscribe.