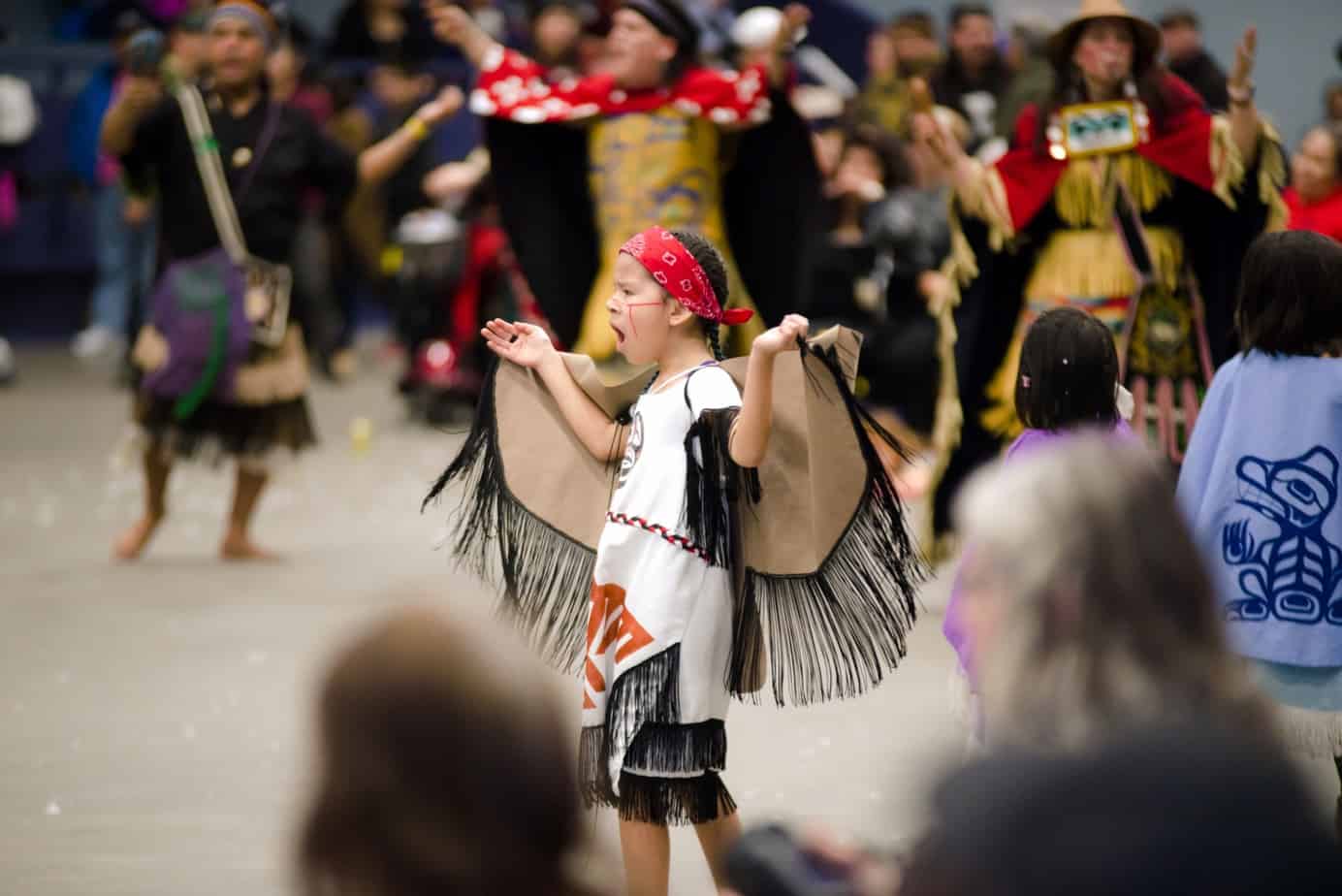 An Indigenous mother shares her love for her late son.
Wawmeesh Hamilton
Support this work. Tell a friend.

Every so often, I am reminded that what I write can profoundly touch people’s lives in the most unintended ways.

After my recent newsletter about Hobiyee in Vancouver, Gitxaala First Nation member Cynthia Hill wrote me an email describing the annual Nisga’a celebration’s importance to her six-year-old son Kyle.

And she attached this picture:

Looking at the picture, I could never have known that Kyle was terminally ill with cancer.

At age 6, he should have had a whole lifetime ahead of him with birthdays, graduations and going to Hobiyee with kids of his own.

Hobiyee, Cynthia said, was a big part of Kyle’s short life. Then she thanked me for writing about the gathering. “As I was reading I broke down in tears, just picturing my boy with his big smile as he watched the dancers perform,” she wrote.

There wasn’t a dry eye in our office after reading that. I don’t remember what else I’d been planning to write about at that moment. I only know that I had to write about this. In my 13 years as a journalist, I don’t think I’ve ever written a story that had this kind of personal impact on either a reader or on me.

Kyle was undergoing cancer treatment in Vancouver in 2016 when Cynthia says she brought him to Hobiyee, and he was immediately taken by it. “That was his strength, he always loved watching our traditional ways,” Cynthia wrote. “He was too weak from cancer treatment, though, to participate, and instead watched and listened.”

It is significant to me that in his short life, Kyle was so drawn to Indigenous singing and culture. This is bred in the bones of Indigenous people; we all feel it. But it’s as though Kyle’s awareness was heightened, maybe because he didn’t have long to live. When I close my eyes and think about it, I picture him now with his ancestors at their Hobiyees.

This year, Kyle’s family travelled to the Nass Valley, the motherland of Hobiyee, to witness the tradition. “I know it will be emotional for us but I need to go,” Cynthia told me before making the trip.

As journalists, we interview, research and probe to get to the heart of the truth in stories. But I only need read Cynthia Hill’s email to understand how even a short newsletter can make a difference. It is this kind of impact that gives our stories meaning in a way that we didn’t intend, and is among the reasons why I remain in journalism.

Kate Hodgson may not be Indigenous, but she’s been a good sister, friend and neighbour with Indigenous people all of her life.

Hodgson, 45, is the coordinator at Ray-Cam Co-operative Centre on East Hastings Street. Sitting in her cramped office at the community centre, Hodgson says she’s a transplanted Manitoban yet feels at home in Vancouver’s Eastside.

“Coming from working in the North End in Winnipeg with Indigenous young people and families to here, Downtown Eastside specifically, felt very comfortable,” she says.

Hodgson’s parents emigrated from England, and she identifies as first-generation Canadian. “I have an adopted brother who’s Cree, so I’m the white girl in the family,” she laughs.

She says the lack of affordable housing — and the fear of “being moved around without your own consent or your own willingness” — makes life challenging for Indigenous families in the Lower Mainland.

“It keeps getting worse,” she says, “and it means if you’re forced to move — either because a social housing provider is moving you, or because you’re in market housing and you’re getting displaced or renovicted — it means you’re displacing a whole family.”

She cites Stamps social housing behind Ray-Cam, which houses about 1,300 Indigenous and non-Indigenous people, many of whom frequent Ray-Cam for services and programs. The tight-knit, supportive community feels it when someone is displaced or evicted, Hodgson says. It disrupts families, the programs and support they access, the schools their children attend, the connections they’ve built.

It also displaces young Indigenous people in the community who often have amazing ideas, she says. Their “success gets curtailed by having to move around or… being displaced for a whole variety of reasons. It’s a waste because all that opportunity that comes up and all those connections you make in neighbourhoods. There really needs to be more housing supports — but more recognition about what you lose when you have to move housing.”

Hodgson says she sees Indigenous women leading the way for change in the Downtown Eastside. Indigenous women take care of each other, care for each other’s children and stand together when advocating for change, she says. “Going to meetings and sharing food and sharing knowledge around what their rights are. Stories when they’ve been able to fight against the system and keep their kids, or help keep their children out of jail.”

If you like this newsletter, help us build this community by inviting your friends to subscribe. We value your feedback.