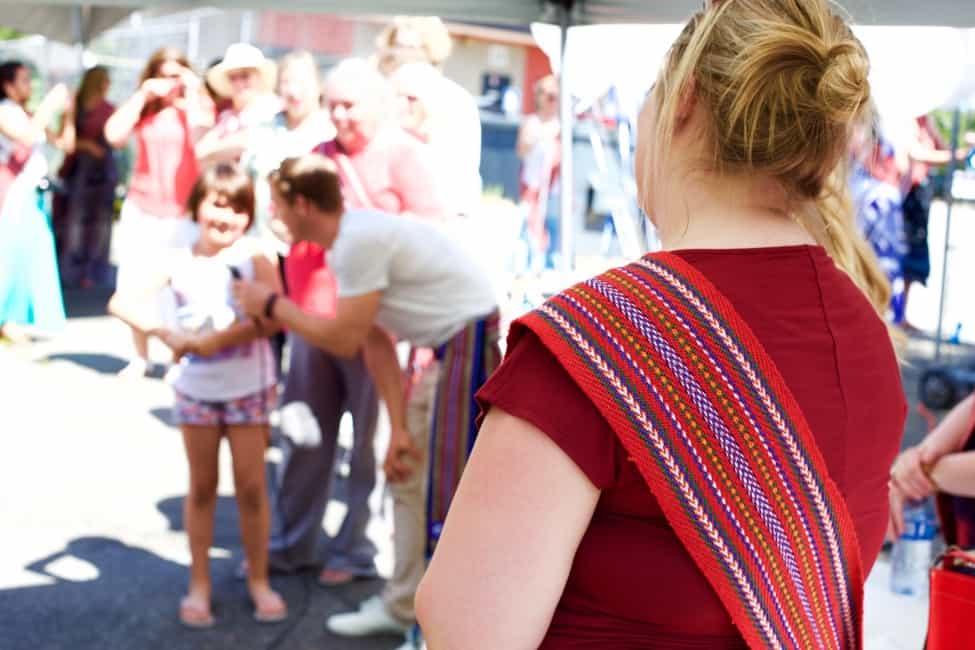 Social workers honoured Métis youth aging out of the child-welfare system at a 2017 ceremony in Surrey, B.C. Brielle Morgan/The Discourse

“I am not sure if they are trying to muzzle us or not, but we can lose our jobs if we talk to media, which is why staff are scared,” social worker says.

Social workers get a bad rap in the media. They’re in the headlines whenever something goes terribly wrong in our child-welfare system — when a child dies in care, when a wayward worker allegedly steals from vulnerable kids, or when B.C.’s Representative for Children and Youth publishes findings from an investigation.

But we rarely hear social workers’ perspectives in these stories.

That’s partly because they’re kept on a very tight leash by B.C.’s Ministry of Children and Family Development. Social workers I interviewed in 2017 told me they’d only speak on the record if I protected their identities; they were afraid of getting fired for speaking out about unmanageably high caseloads.

Social workers are told not to talk to media about anything, says Anne Clayton, who spent 22 years working for the ministry, first as a frontline social worker, and then as the director of adoption. “They’re told they could lose their jobs if they do.”

Over the phone, Clayton told me this directive to keep quiet goes against what social workers are taught in university: to be outspoken advocates for kids. And it’s not just social workers who are afraid of getting penalized for speaking up. Executive directors worry, too.

“I very much have concern about potential backlash with the province … people get thrown under the bus all of the time,” says one executive director whom I’ll call Sara because she asked to remain anonymous. “Or parked in some dark corner.”

Sara directs a team of social workers at one of B.C.’s urban Delegated Aboriginal Agencies, which receive funding and authority from the ministry to deliver child-welfare services to Indigenous people.

“I feel that things would look very differently if we received our funding straight from Treasury Board, if we didn’t have to sit at the table and negotiate, and, for lack of a better word, beg,” she says. “It’s a very oppressive relationship; they always have their thumb over us.”

For my latest story, I had a hard time finding a (ministry-employed) Roots worker who would speak to me about the work they do to help Indigenous children in care connect with their cultures. I’d heard from social workers that these Indigenous workers are in high demand but there aren’t enough to go around. I’d also heard from Indigenous youth who wish they’d been better supported to connect with their culture and elders while they were in care. I wanted to understand more about what Roots workers do.

So I asked a social worker on one of the ministry’s Aboriginal teams if she could connect me with a Roots worker in her office. “They are nervous about talking,” she replied. “I am not sure if they are trying to muzzle us or not, but we can lose our jobs if we talk to media, which is why staff are scared.”

I also tried going through official channels. On Dec. 3, I asked ministry spokesperson Shawn Larabee to connect me with a Roots worker. “We don’t have a Roots worker available to do an interview at the moment,” he replied nine days later.

Meanwhile, one of the feelers I’d put out via social media had reached the director of operations for the ministry’s North Fraser Aboriginal team. She told me Caren La Fontaine, one of their Roots workers, was down to talk — she just needed to get the okay from head office. Larabee was copied on this note.

A couple of hours later, Larabee sent me another email: “Good news update,” he wrote. “We now have a Roots worker who can make time to speak with you tomorrow.”

I’m glad I kept pushing for this interview because listening to La Fontaine helped me understand the role of Roots workers in this system. I see the work she’s doing to uphold Indigenous children’s rights to culture as critical in Canada’s slow push toward reconciliation and decolonization. And I believe the voting public has a right to know about the inner workings of the child-welfare system — not just its tragic weaknesses, but also its emerging solutions.

I believe non-Indigenous people in Canada have a moral imperative to try to understand the ways in which Indigenous families are being marginalized, undermined or empowered, and Roots workers and social workers are uniquely positioned to shed light on this. They have a right to be heard, as do the youth and families at the centre of the system. I mean, how can we fix a system that so many dub “broken” if those on the front line can’t talk about it?

I’d love to hear what you think. Email me.

“There can’t be anything bigger than racism,” Scott Clark says, when asked what makes life harder for the Lower Mainland’s urban Indigenous community.

“Racism at the federal, provincial, the civic, the parks board, the school board. Their policies of exclusion, historically,” the executive director of Aboriginal Life in Vancouver Enhancement Society (ALIVE) says.

“We don’t like to say it… but we have a very racist — systemic racist — society that was created and built by the federal state when Canada was formed,” he continues. “It was all about assimilation, all about undermining us as a people with our title and our rights. And they’re trying to assimilate us, but yet, at the same time, we’ve created institutions in mainstream society, which is racist towards us and exclusionary. So as urban Indigenous folks we get caught in this middle ground…”

Through ALIVE, Clark is working towards creating more responsive, inclusive community centres, neighbourhood houses and healthcare clinics to better reflect and meet the needs of the region’s diverse Indigenous people, neighbourhood by neighbourhood.

As the urban Indigenous population continues to grow, particularly in the Lower Mainland, Clark says governments aren’t keeping up. “Unfortunately our systems and governments haven’t addressed that large population’s needs and aspirations to date,” he says.

“The question really becomes for organizations like ourselves: How do we support those populations to meet their needs and aspirations, and work with them to be active citizens in their neighbourhoods?”

Would you like to share what you love about being part of the urban Indigenous community, or what’s challenging? Send your thoughts, contact info and a photo of yourself to brielle@thediscourse.ca. We’ll be in touch if we’d like to feature you in an upcoming newsletter.