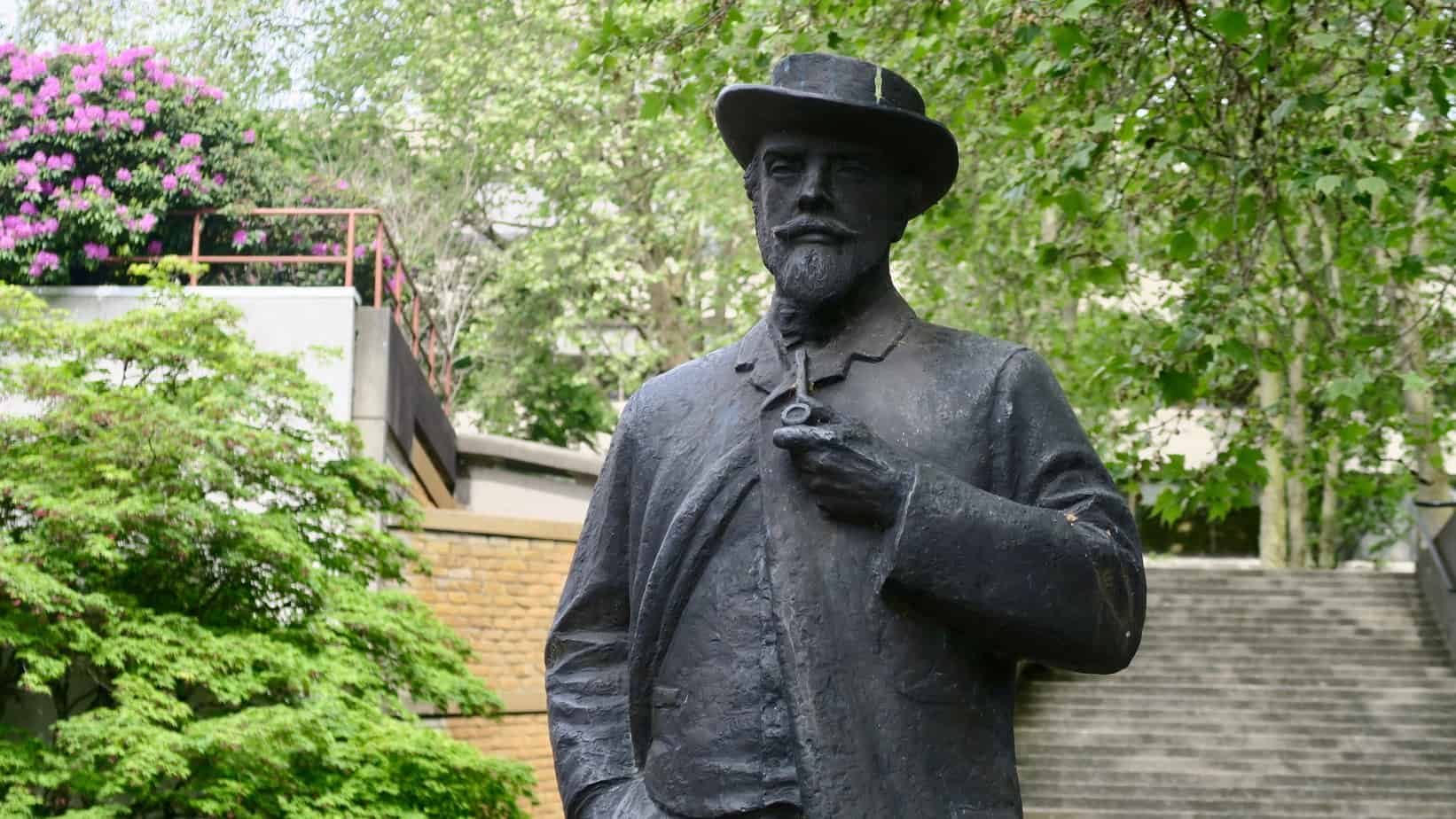 Former B.C. chief justice Matthew Begbie’s statue will be removed from its spot at the foot of the courthouse steps in New Westminster. Lindsay Sample/The Discourse
Urban Nation

Another controversy has erupted over removing a statue of a historical non-Indigenous figure who was historically infamous to Indigenous people.

On May 6, New Westminster city councillors voted 4-2 to remove a statue of former B.C. chief justice Matthew Begbie from the front of the provincial courthouse. The move was done as a gesture of reconciliation for Begbie’s role in hanging six Tsilhqot’in Nation chiefs who were wrongfully convicted and sentenced to death in 1864 and 1865, in what became known as the Tsilhqot’in War.

The war intensified when the Tsilhqot’in people resisted a road being built through their lands, which threatened their families and way of life. They attacked and killed 20 non-Indigenous people, including settlers and a road crew. Government officials lured five Tsilhqot’in chiefs to peace talks, then apprehended, tried and convicted them, sentencing them to death by hanging. Another Tsilhqot’in man involved in the conflict was hanged for his part in the incident in 1865.

The Indian Act was instituted 11 years later in 1876; but neither that terrible Act, nor residential schools nor the Sixties Scoop made the Tsilhqot’in people forget what happened to them on their land. And what they did to defend their land wasn’t any different than what British and Canadian forces did when they repelled a U.S. incursion to annex part of Canada in 1812.

In New Westminster last week, city council’s decision to remove Begbie’s statue was certainly well meaning. But there was something troubling about the public’s response.

The tone of some of the letters to the editor I read to New Westminster’s community newspaper about this issue were hateful. Don’t get me wrong; I support journalists and the public’s right to think critically and question this. But there is an ugliness in the tone of these letters, not just about the Begbie statue but also about reconciliation, and a contempt for Indigenous people. The last time I saw this siege mentality was in the early 1990s when Sto:lo people in the Fraser Valley were wrongfully blamed for taking more than one million salmon from the Fraser River.

To me, this tone is reflective of the worrying global climate of hate that has emboldened people to give voice to toxic views. It starts with letters to the editor, but where does it end?

In this case, they’re protesting an injustice made right — the removal of a tribute to a man who helped condemn and kill six Indigenous chiefs who were just trying to protect their people. Given that these chiefs have already been exonerated, you’d think the removal of the statue of the man who sentenced them to hang would be seen as reasonable. But it seems some people would rather cancel out one injustice by committing another.

What this speaks to for me is the need for extensive public education about this issue, and not just in New Westminster.

As someone who is familiar with the Tsilhqot’in War and the injustice of the hangings, I appreciate city council’s gesture. But not everyone is familiar with what happened. This issue will come up again in other towns, and those councils would do well to first carry out extensive public education in advance: just start with the facts about who did what, why and what the lasting impact has been.

Public education could bring people together and serve as the common ground between two sides, rather than allowing a gulf of ignorance to continue to separate them. These efforts would give people a chance to listen, learn and ask questions, and maybe even come up with a solution that hasn’t been considered before.

‘We just want to be treated fairly’

Curtis Miller Joe is Shíshálh and African-American, and grew up living between Vancouver and the United States. He describes his childhood as “nomadic.”

Today, he works with children and youth with special needs who are at risk in the Delta school district, where he has worked for the last 10 years.

The father, grandfather and great-grandfather won a Courage to Come Back Award in 2013, after leaving a life of drug use and violent crime. In addition to working with youth, the 58-year-old is a dancer and an artist.

Curtis wishes non-Indigenous people would stop stereotyping and consider more of the historical context, and the harms of colonization, when they’re talking about Indigenous people.

“I mean, they wiped everybody out and did whatever they did,” he says. “Recognize that, and understand how damaging that is, and how hard it is to come back from that. You know, it’s just like if we took anybody else and put them on a little piece of land and kept [them] there for 60 years and then, you know, never let them off and never give them proper education and… proper health care and stuff like that. How would they be?”

“A little empathy, you know, that’s what I think,” he says.

“We’re human beings,” he says. “We don’t get a free ride. We’re not trying to take anything over. We just want to be treated fairly.”