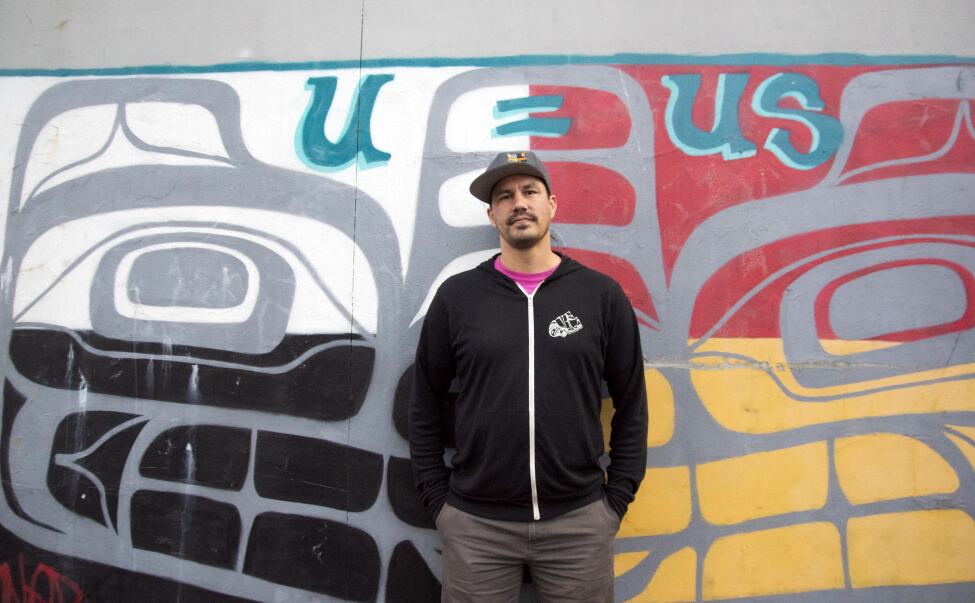 Jerome Turner stands in front of a mural outside of the Vancouver Aboriginal Friendship Centre. Wawmeesh Hamilton/The Discourse

At The Discourse, we believe our reporting should be driven by what people want to know. That’s why we spent the past month asking Indigenous folks in the Vancouver area — youth, elders, parents, artists, harm reduction workers, and policymakers — what issues they think are the most important for the urban Indigenous community.

After listening to more than 40 people, we’ve heard lots of questions about cultural connections, housing, access to social services, reconciliation and racism. Now we’re trying to figure out which story ideas to act on first:

3. How people within the urban Indigenous community connect to culture and what barriers they face

4. Racism and policing in the urban Indigenous community

5. The safety of Indigenous people in online spaces

6. The status of reconciliation in Metro Vancouver cities

Tell us which one you think we should tackle first by voting here.

While affordable housing is an issue for pretty much everyone in the Lower Mainland, Indigenous people face extra challenges, like how to find culturally-appropriate housing for Elders, residential school survivors and families who are living in poverty and at risk of being separated.

“Many people are from so many different places and they come here to live and survive because there are jobs here,” Jerome Turner, a Gitxsan man who grew up on the Gitanmaax reserve and now works in the film industry, tells us. “But without places that are affordable to live in, they don’t have a foundation.”

Navigating social services can be difficult at the best of times, but Indigenous people have to jump through an extra hoop: proving their Indigeneity.

Theresa Aslin Fresco, a 39-year-old Filipino-Indigenous woman whose roots come from the Lake Babine Nation, says she had to go through “a long journey and fight, bureaucratically,” to get her First Nations status.

“Now, that I have that, that’s great because I can go and vote for my nation and stuff like that,” says the nonprofit worker. “But how do I access all the services like healthcare, counseling, those kinds of things? I don’t know where to start.”

Finding your way through the bureaucracy can be especially challenging for Indigenous people living with multiple barriers like mental health challenges, addiction, intergenerational trauma and poverty (not to mention systemic racism).

Ginger Gosnell-Myers, an urban planner who is Nisga’a-Kwakwaka’wakw, says she loves the diversity of the Indigenous community in the Lower Mainland.

“There’s 50 different ways to cook a salmon,” she says. “Whereas, if you go home, there might be like three ways. And I love that.”

While many people told us they love the diversity of Indigenous cultures within the Lower Mainland, and particularly East Vancouver, many people also said they struggle to find ways to practice their own culture in the city, to connect with their traditional teachings, language, foods, ceremonies, land, Elders, and ways of healing.

Sometimes people talked explicitly about racism. Other times it bubbled just underneath the surface, unspoken but deeply felt, as people described challenges they’ve faced in schools, on the streets, with landlords or in the child-welfare system.

Christopher Trottier, a social media consultant who is Metis, says he’s particularly concerned about “the rise of the alt-right, how, especially in Canada, … they’re moving to silence Indigenous voices on social media and try to make the voices disappear.”

Others shared concerns about the impacts of racism in the police force, especially against  Indigenous women. “Right now, myself and friends are all very concerned about police brutality,” says 16-year-old Bethany Shortt who is Secwepemc. She’s a queer magazine producer who works with Elders through different community programs.

“I witness it all of the time,” says Shortt. “Wherever I go almost all of my interactions with police are negative.”

We are hearing lots of questions about how to reconcile relationships between Indigenous and non-Indigenous Peoples on a local level. Exactly what are municipal governments’ responsibilities when it comes to truth and reconciliation? What can they do, what are they doing and, more pointedly, what aren’t they doing?

Vicki Lynn George is a mixed Indigenous woman who works as a legal assistant and a paralegal. “The city of Vancouver has done some great work in terms of reconciliation with Indigenous people on reserve and off reserve,” she says. “They can do more with off-reserve issues, I think, in terms of recognizing us.”

Click here to vote and help us decide what to report on next. You can stay in the loop by subscribing to our weekly urban Indigenous newsletter. And if you’d like to share your story ideas, fill out this form or email Wawmeesh.