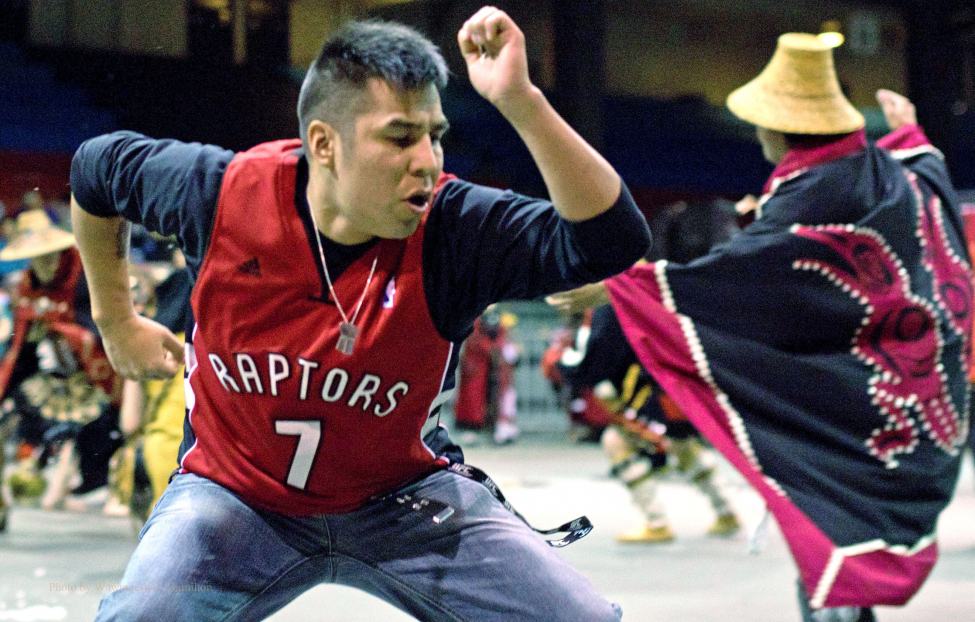 An urban Indigenous man dances with his people from a remote B.C. First Nation, as they perform a traditional dance at the 2015 Hobiyee ceremony at the PNE Agrodome in Vancouver. Wawmeesh Hamilton/The Discourse

For more than two years, you have listened to me talk about reconciliation and explain what it means to me and to Indigenous people. Now, it’s my turn to listen to you.

But now, I’m no longer reporting on reconciliation broadly. I’m now dedicated to the Lower Mainland’s urban Indigenous population specifically — and that will start with listening.

News coverage of Indigenous issues is usually about crises, suicide and tragedy — or land titles and resources back on the reserve. Or, as journalist Duncan McCue says, Indigenous stories are usually about “the four Ds: drumming, dancing, drunk or dead.” While urban interests, challenges and concerns might overlap with people back home, our issues are unique. Yet we rarely see stories in mainstream media that reflect what’s important to us in the city.

It’s important to give voice to urban Indigenous perspectives and stories because although reconciliation is a concept, when you dig beneath that it is really about people — and in the Lower Mainland, you’re those people.

The Discourse is evolving

The shift to my work — from centring my reporting on the topic of reconciliation towards focusing on a specific community of people — is part of an evolution happening across The Discourse. While The Discourse previously was a collection of “beats,” (reporters dedicated to deep coverage of topics such as the Sustainable Development Goals, child welfare and gender) we are now focusing on serving specific, well-defined communities. We’ll be starting in Scarborough, the Cowichan Valley and the urban Indigenous community in B.C.’s Lower Mainland, all places and communities that are underserved by other media.

The Discourse team imagines growing into a network of reporters across Canada, who will report alongside communities typically left out of the mainstream public and political dialogue. This network will collaborate on deep coverage of topics surfaced from the communities themselves. Being directly responsive to our communities is the second part of The Discourse’s evolution; rather than us, the journalists, choosing which stories to dig into, we’ll be asking our communities to tell us what topics we should be covering, then reporting back what we hear to you for a vote that will direct our work.

So what does this mean for me? I’m going to spend the next few weeks interviewing urban Indigenous people of all ages. I’m going to ask them all what they love about their community, what concerns them and which stories they’d like to see explored. Later, I’ll share what we heard and what issues really stood out.

Who should I talk to?

Who would you suggest I talk to in the Lower Mainland in this initial round of community interviews? My goal is to speak to a range of people from all walks of urban Indigenous life, be they artists, activists, blue collar workers, youth, Elders, university students and many others. I also want to hear from the less fortunate among our people, who may live on the street or in shelters. Just because they live in such circumstance doesn’t mean they don’t have wisdom to share. I’m open to further suggestions, and would appreciate any you may have.

If you want to see the questions that I’m going to ask, or respond to them yourself, click on this link to fill in your answers. It will take about 10 minutes and shape the journalism we do.

What should we call this?

Now we just need a name for our community and the Facebook group I’m going to create for us, where we can all gather to share what’s important to us, our observations and our lived experiences. I’ve been percolating a few possibilities that I want to run by you:

Indigenous in the City

Please email me and tell me what which ones grab you, or suggest a name of your own.

Like a child in its early formative years, the reconciliation process is still in its early stages, which is why this is a critical point in journalism to discuss and educate about Indigenous issues. I believe I have a responsibility to combine my experience as a journalist and my life’s experience as an Indigenous person and to dedicate them to writing in the service of reconciliation. And this change, this new chance to focus directly on people and ask them what matters most, will allow me to dig deeper into a new layer of reconciliation.

If you think there are others who should be part of this conversation, invite them to subscribe to this newsletter, where I’ll keep you posted on what I’m hearing and learning along the way.