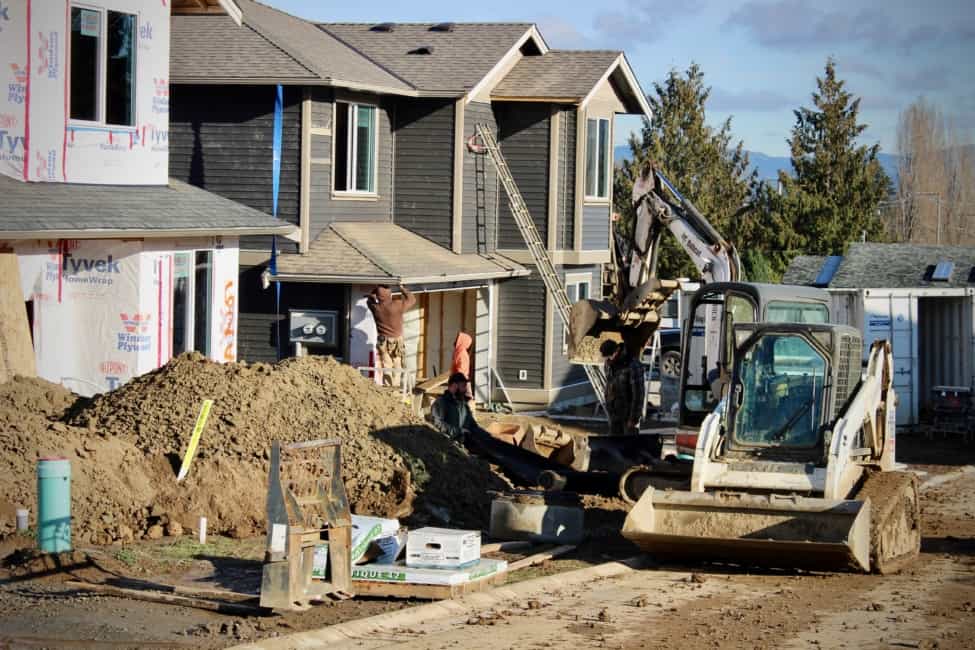 What do we know about how our population is changing?

If you live in Duncan, Ladysmith, Lake Cowichan, Mill Bay, really any community in the Cowichan Valley you’ve probably talked to your neighbours about the changes that are happening around you.

We hear about growth a lot, increasing housing prices, sustainability planning and water use to name a few. But what is really growing here? How are we planning for the future? These are the questions that The Discourse Cowichan is trying to answer as part of New in Town, our series on growth and change in the Cowichan Valley. To get started, we looked for data that shows how our population is growing and here is what we found:

Each year, more people die in the Cowichan region than are born. This so-called natural decrease has been occurring annually since 2007. But the overall population of region has increased quite a lot during that time. That’s because of the increasing influx of people moving here.

Last year, according to BC Stats population estimates, the Cowichan Valley had the fourth-highest regional growth rate in the province. In 2018, the overall Cowichan population was up to 90,380, representing an increase of 1.7 per cent over the previous 12 months.

More than 5,000 people moved to Cowichan from outside of the region between July 1, 2017 and June 30, 2018, according to BC Stats. That’s significant, but it’s also important to realize that thousands of people moved away. When you subtract those who moved away from those who moved here you get what’s called a net migration of 1,391. Between mid-2015 and mid-2018, the region experienced a net migration of 4,401 people.

So, where are new arrivals coming from? A 2018 survey by the Vancouver Island Real Estate Board found that more than half of recent home buyers were from somewhere else in B.C. They found that 16.4 per cent came from Victoria and 17.3 per cent from Vancouver/Fraser Valley. Only 4.1 per cent came from another country and 17.8 had moved from other parts of Canada (including 8.2 per cent from Alberta and 6.4 per cent from Ontario). These figures don’t capture the origins of renters and people without homes who moved here in 2018.

Some places are growing more than others

The most recent national censuses (2006, 2011, 2016) reveal how rates of growth have varied throughout the region. Between 2006 and 2016, the northern and southern parts of region grew the fastest.

While the most recent national census data is from 2016, more recently, Ladysmith has been able to claim the title as the fastest-growing municipality. In 2018, its 3.6 per cent growth rate over the previous year ranked first among BC municipalities with populations over 5,000. In contrast, the City of Duncan had the second-lowest municipal growth rate in the province during that period. It increased by only 0.13 per cent.

The next BC Stats report, to be released early next year, will tell us about how our area grew in 2019. The next federal cens

Our population is aging

The median age of Cowichan residents has soared from 41.3 years old in the 2001 census to 49.9 years in the 2016 census. This is in part because many people are moving to the region for their retirement years. According to the Vancouver Island Real Estate Board’s survey of 2018 home buyers, 56.4 per cent reported that they did so for retirement purposes.

Our population is expected to get even older in coming years, according to a CVRD report on long-term projections for the region. Almost one in four, 24 per cent, of Cowichan residents were 65 or older in 2017. By 2050, it is expected that almost one in three residents, 32 per cent, will be in that age category. In addition, the 85 and older segment of the population is projected to more than triple between 2017 and 2050.

So, what does it mean for a community to have a growing and aging population? That question is at the heart of our New in Town series. In the coming weeks, we will report on how the cost of living in Cowichan is going up and up. We’ll look at where the region is experiencing growing pains. And, we’ll dig into what’s being done to address and plan for continued growth.

Is there something related to growth and development that you’d like us to dig into? Click here and let us know.