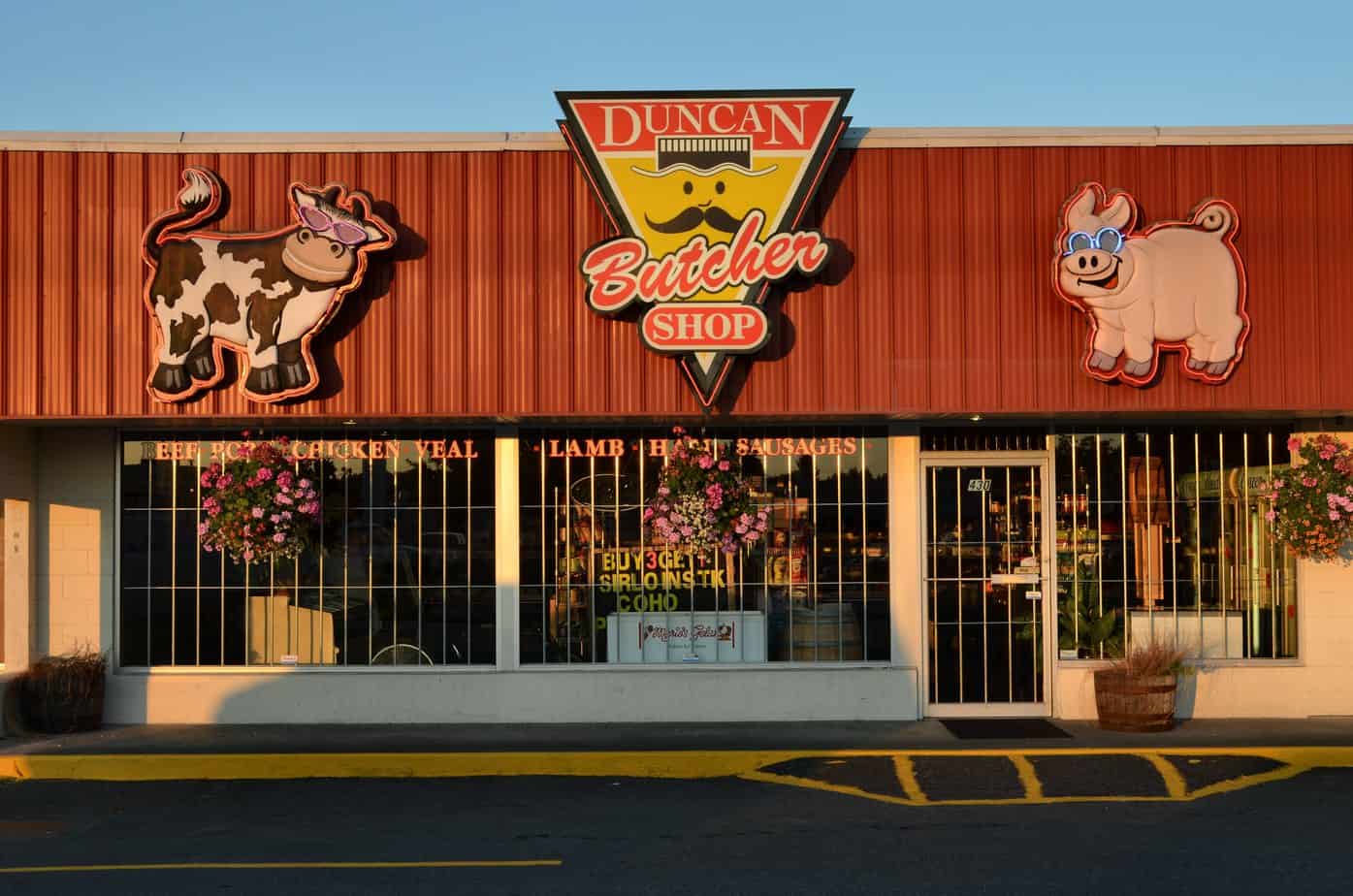 The local butcher shop in Duncan, B.C. is a mainstay in the Cowichan Valley, as the Trans Canada Highway it sits on continues to bring in development. runran/Flickr
Cowichan Valley

You voted, we listened. Here’s what your community reporter will dig into next.
Jacqueline Ronson
Support this work. Tell a friend.

Your dedicated community reporter (that’s me) is pleased to announce the results of our community-powered story poll. As voted on by you, the people of the Cowichan Valley, my next investigation will be:

🏗️Development and growth: Are we making good decisions for this community’s future?

The top pick barely edged out the other options, which tells me that there’s a big need for better reporting on all of the story ideas, surfaced by you. I hope I can get to them all, and more, in due time.

Thank you so much for being a part of this process. If you have ideas of what specifically I should look into that falls under the umbrella of development and growth, let me know.

Angela Pistrucci is an artist who lives in Shawnigan Lake, and works out of a studio at Collective Space in Duncan. Her life was thrown for a loop a few years ago when she discovered that she is the great, great, great grandniece of the renowned artist Benedetto Pistrucci, chief medalist of the Royal Mint in London.

She always had an affinity for engravings and relief work, but didn’t know she had these art forms running in her blood. She has since designed coins for mints in Britain and Italy, including modern interpretations of coins, made famous by her ancestor, like this one.

Editor’s note, Nov. 8, 2018: An earlier version of this story misspelled the word homelessness in the graph. This is from the Cowichan Valley weekly newsletter. Make sure you subscribe here.