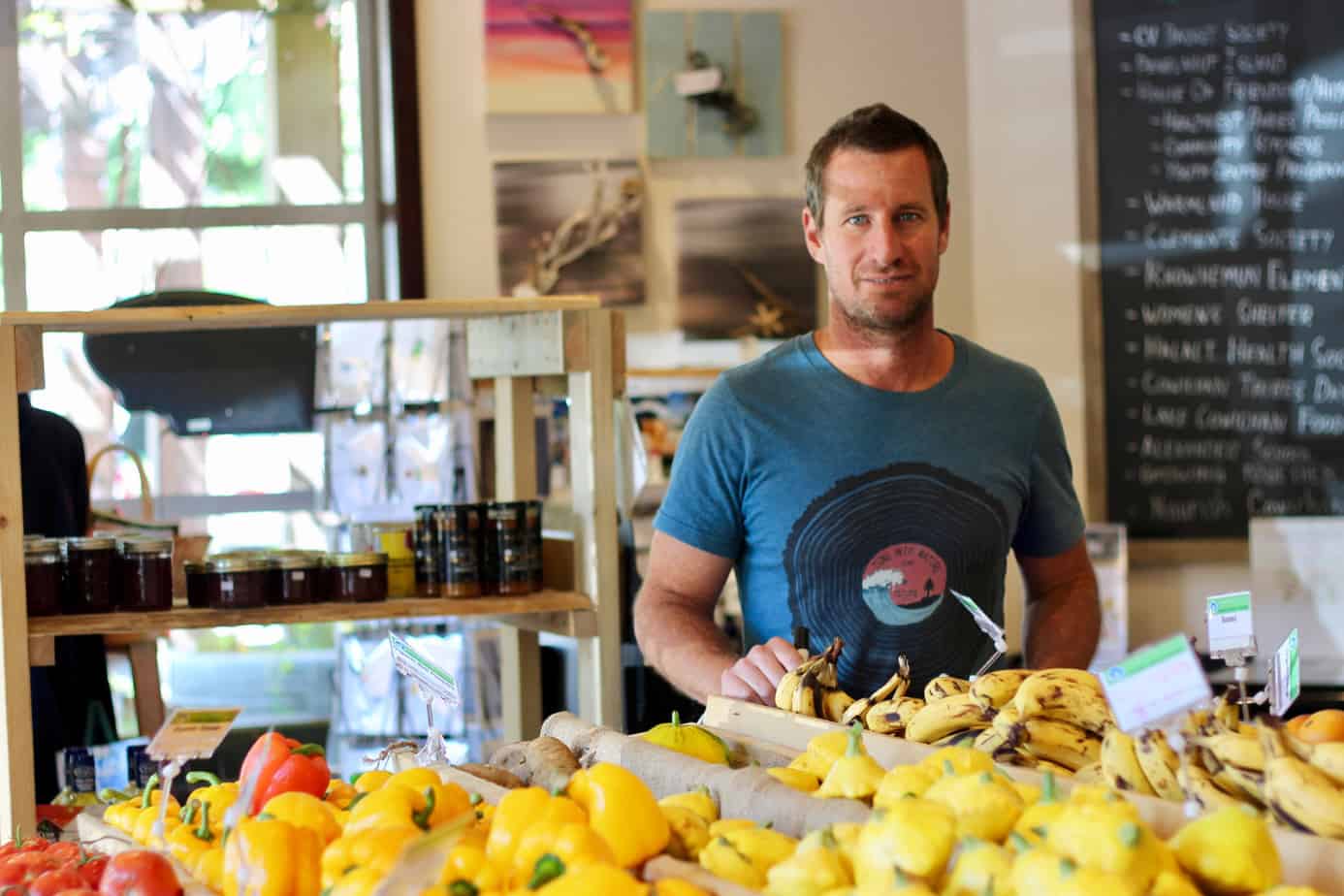 This story is part of Curious in Cowichan, a newsletter dedicated to the things that make you go 🤔 in the Cowichan Valley. Sign up to get stories like these to your inbox, every Tuesday. And tell me what makes you curious in Cowichan here.

This week, we’re exploring reFRESH Cowichan. It’s a program that picks up excess fruits and veggies from grocery stores and redistributes them to the community. The reFRESH Cowichan marketplace sells some of the food for half price at 360 Duncan St. in Duncan. Hilary Henegar gave me the idea to look into it. Thanks, Hilary!

Last Thursday I spent a few hours with Nathan Harben, the project’s supervisor. We chatted and then went on a delivery run to the Healthiest Babies Possible program at Hiiye’yu Lelum (House of Friendship) in Duncan. There, we joined a dozen or so young families for lunch. Parents and children were then invited to help themselves to fruits and vegetables out of the reFRESH Cowichan van. There were apples, bananas, cantaloupe, lettuce, cherries and lots more.

Here’s some of what I learned. Many of these questions came directly from Hilary, as well as others who respond to my call-out on Facebook.

How does the program work?

Every weekday, a driver goes out to four participating grocery stores and picks up donated food. Then, they  sort and distribute it. The stuff that’s not good to eat mostly goes to farmers for animal feed. Only a small amount is composted.

A lot of the food that’s still good to eat gets distributed for free to organizations and service providers in the Cowichan Valley. The idea is to get the food to people who could use a little help with their grocery bill. The reFRESH Cowichan Marketplace sells some of the food. Cowichan Green Community’s kitchen, makes some of the food into frozen meals, dried food, or other products. These are also sold out of the marketplace. On a given day, the program picks up between 200 and 2,000 pounds of food, Nathan says. In a year, the program donated more than 100,000 pounds of food.

Where was all that food going before?

The groceries that reFRESH works with had been donating excess food to farmers for animals, Nathan says. But they weren’t set up to give food away for people to eat. Certainly, a lot of good food in the Cowichan Valley is still ending up in landfills. reFRESH is trying to get human-grade food to people, animal-grade food to farms, and the rest to compost, Nathan says.

Can everyone shop at the store?

“It’s absolutely for everyone,” Nathan says. One goal of the store is to give low-cost, healthy options to people who need them. But there’s a lot more to it. Frozen, heat-and-serve meals, as well as dried and preserved foods are also part of the program. Local artisan crafts, natural skin-care products, potted succulents, and seeds from Cowichan Green Community’s Incubator Seed Farm are part of it too. The people who can afford to spend a bit more money will help keep the program going for people who really need it, Nathan says.

Where does the money come from?

The program received a nine-month grant from B.C.’s Ministry of Social Development & Poverty Reduction, which was extended for another year. Those grants were $86,000 and $125,000. They pay for Nathan’s salary to oversee the program, plus a driver and staff in the store and kitchen. They pay for the vehicle, gas, and rent. The grant money runs out this October.

“As of right now, we don’t have a big chunk of change to keep this going,” says Nathan. He hopes that some core funding for the program will come through. He is not expecting that revenue from the store will be able to pay for the program costs by then. The store might bring in a few thousand dollars in a month, Nathan says. He is looking at creative ideas to bring more money in through the store, like online ordering and delivery for frozen meals. Ultimately, the hope is to expand, to pick up from more grocery stores and get more food out into the community.

How can I help?

“By shopping here,” Nathan says. You can also spread the word about the program, or sign up to volunteer.