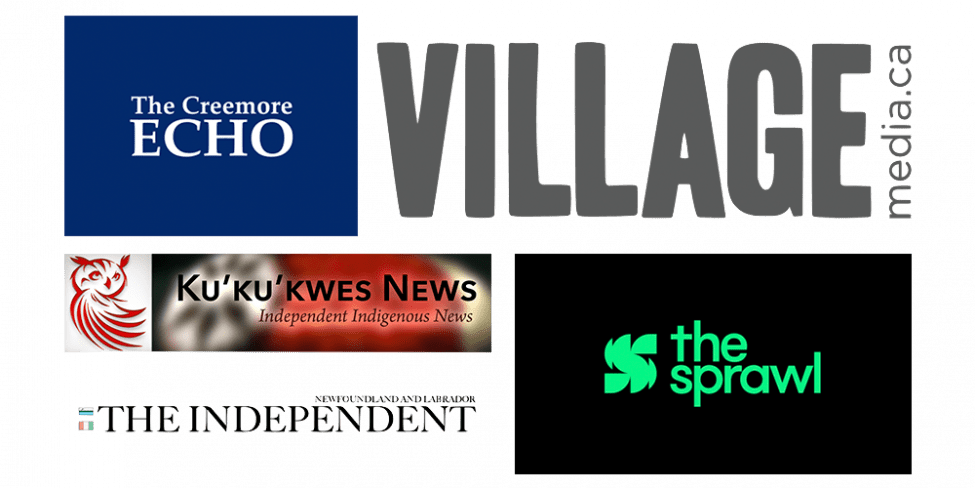 How to save the news bailout

Last week, in a board room somewhere in Ottawa, eight people representing news industry associations gathered for a final meeting that will determine the fate of the Liberals’ scheme to bail out the Canadian news media. The panel, appointed by government to make recommendations on which news organizations will receive support, will compile its recommendations into a draft report next week. (Read the panel’s mandate from government.)

Speculation swirled about who stands to benefit and who will be left out. Canadaland pointed out that freelancers are unlikely to see a dime, even though “they serve as the most independent wing of an independent press.” A Blacklock’s Reporter story reported that the panel will recommend excluding startups and small family-run publications, and suggested that panellists with ties to newspapers had a conflict of interest to explain if they left out competitors. (My contacts with knowledge of the panel’s discussions say the Blacklock’s story is inaccurate. We’ll see…)

Postmedia, one of the two huge newspaper chains in Canada, had a guess about how much it would benefit. The company expects to receive $8 to $10 million annually in subsidies, according to a quarterly shareholder report released Wednesday. The report goes on to outline its plan to continue cutting costs, primarily by closing community newspapers and laying off journalists, as it struggles to stay afloat despite declining print advertising and subscription revenues.

Leon Cooperman, an American billionaire who owns 14 per cent of Postmedia, called into Postmedia’s quarterly conference call, as described by veteran newspaper guy Paul Willcocks in a story in The Tyee: “Could the [Postmedia] management team say when the corporation would return to profitability, he asked? No, said [CEO Andrew] MacLeod. Postmedia will keep cutting costs, and see what happens.”

Therein lies the problem. The purpose of the government’s support for journalism is to contribute to a strong media that helps “citizens make informed decisions about important issues.” That objective runs counter to Postmedia’s number one goal right now: to cut its way to a place where it can reliably service its U.S. hedge fund debt. Its plan for doing that is to do less journalism. So, as it stands, a good portion of tax dollars intended to support journalism will aid Postmedia’s transition to doing less journalism.

This is a far cry from the original strategy. Back in 2017, then-Heritage Minister Melanie Joly was the first to discuss plans to support journalism with the public. “Our approach will not be to bail out industry models that are no longer viable,” she claimed. “Rather, we will focus our efforts on supporting innovation, experimentation and transition to digital.”

If the journalism support package does not go beyond benefiting big chains like Postmedia — which has few plans for its future beyond cutting back on journalism fast enough to stay ahead of its collapsing print-based business model — the measures will fail on their intended policy outcome: a sustainable, diverse, independent press. They must also support the growth of new models, ideas and organizations that could fill the gap left by the decline of newspapers.

This is why journalist entrepreneurs, myself included, were aghast when the 2019 budget included details about eligibility that seemed purpose-built to benefit newspapers while excluding others. “Small digital outlets are not looking for a handout,” I wrote at the time. “But we didn’t expect the government to distort the playing field so dramatically.” Our concern: the government would create subsidy-dependent news outlets whose existence would suppress the development of self-sustaining business models.

To the government’s credit, tax policy officials responded by inviting The Discourse to share ideas for how the package could benefit small digital outlets. Terms of reference guiding the independent panel’s meetings the past four weeks empower it to consider how to broaden the criteria. According to my contacts close to the panel’s discussions, there is consensus among panellists, even those representing the large chains, that the criteria ought to be broadened. That offers some hope.

So while last week’s coverage and the process itself offer many reasons to be cynical, I’m choosing to believe there is still a window to influence the outcome. For concrete recommendations about how the journalism plan could better support digital startups and small publishers, read The Discourse’s crowdsourced policy memo.

While the big chains like Postmedia have closed over 250 community newspapers in the past decade, dozens of independent outlets provide local news that matters. Here are five independent news outlets to watch: