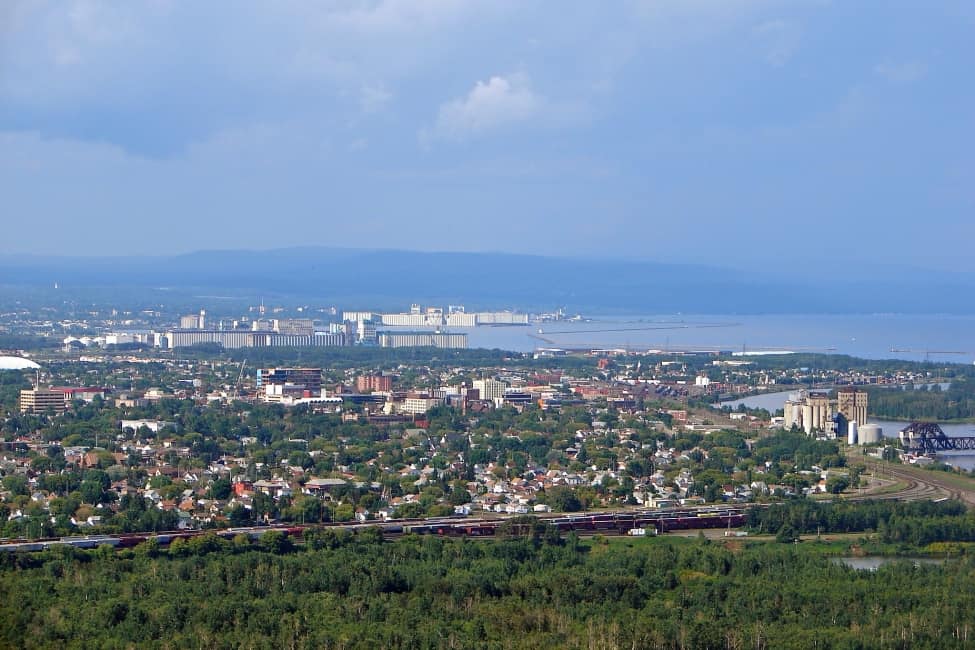 Will parachuting in white journalists reduce racism in Thunder Bay?

The Globe’s new Thunder Bay bureau raises questions The Discourse grapples with every day: Who should tell a community’s stories? And for whom?

Last week, The Globe and Mail published a story about a violent encounter between police and a 16-year-old intoxicated Indigenous girl in the northern Ontario city of Sioux Lookout. She was charged with three counts of assault, according to The Globe, which published a five-minute video that showed police pushing the girl to the ground and dragging her limp body to a police cruiser.

“For some here, the video has crystallized a loss of trust between Indigenous people and the police, in a region that has received national attention for the same problem,” Globe reporter Eric Andrew-Gee wrote.

The Globe’s new Thunder Bay bureau, which opened last month four hours south of Sioux Lookout, produced the article. The newspaper announced its new bureau after the December release of an Ontario police-watchdog report documenting systemic racism in the Thunder Bay Police Service. In a memo to staff, Globe editor-in-chief David Walmsley wrote, “We cannot leave the stories of Thunder Bay to a previous year. In 2019, a federal election year, the country has a chance to look inward and encourage improvement in areas where we all know improvement needs to be made.”

Will increasing coverage of Thunder Bay decrease racism? And who should tell the city’s stories? In his memo, Walmsley encourages Globe reporters to apply for a stint in the Thunder Bay bureau “for as little as a week or the assignment can last months.” Its editorial board — disproportionately white compared to the Canadian population — will “move to the city for a time.” All stories published by the bureau so far are by white reporters usually based in southern Ontario.

Sunny Dhillon, a former Globe reporter who publicly quit last year over his treatment there as a journalist of colour, did not mince words on Twitter: “Parachuting white reporters (since that’s who you’ve hired/given prominent roles) into a community for as little as a week to do stories on racism. With the usual gatekeepers deciding which ideas and quotes on race they’re comfortable with and which they’re not.”

Some people in Thunder Bay also questioned who The Globe is serving with its new bureau.

I’m all for this kind of media and highlighting these incidents. I’m NOT all for the @globeandmail opening a bureau here without reinstating making their paper available to purchase in Thunder Bay. They pulled it years ago and none of us can subscribe or buy one here, ever.

Is Walmsley’s intention to help Thunder Bay residents? Or to spur The Globe’s affluent audience to “look inward” and confront the systemic racism present in many Canadian institutions? If the latter, is shining a light on one troubled city that’s disconnected from the lives of its primary audience the best way?

There is no question that Thunder Bay needs journalists to document racism and burgeoning efforts towards reconciliation. And, as Indigenous storyteller Ryan McMahon said in the finale of his must-listen podcast about the city, there are many Thunder Bays in Canada. Too often, these stories are not told. With local newspapers in sharp decline (260 closed over the past decade), there are literally hundreds of communities across Canada overlooked by newsmedia.

But who should tell a community’s stories, and for whom? These are questions we grapple with every day at The Discourse as we work to build a new model for local journalism that better represents the communities we serve. We aim to hire journalists with genuine roots in the communities we serve, people like reporters Aparita Bhandari, Wawmeesh Hamilton, Jacqueline Ronson and our director of communities Anita Li.

All our reporters, regardless of their background, engage community members in their journalistic process. Unlike in traditional newsrooms where editorial decisions are made by the “gatekeepers” Dhillon referred to in his tweet, we empower members of the communities we serve to decide which stories we tell. In this way, we’re trying to turn the power dynamic of traditional news on its head.

Take, for example, journalist Brielle Morgan’s ongoing reporting on child welfare in British Columbia. Brielle does not have a personal connection to the child welfare system and, as a white reporter, she isn’t representative of a system in which Indigenous families are grossly overrepresented. That’s why she works hard to find creative ways for community members to be involved at every stage of her reporting.

On Monday, The Discourse will publish the first story in a major data investigation that grew out of relationships Brielle built over two and a half years with youth, parents, social workers, agency directors, advocates and academics connected to the child welfare system. The piece is part of a collaborative project — Spotlight: Child Welfare — with journalists from APTN, Black Press, The Discourse, National Observer, StarMetro, The Tyee and Vancouver Courier.

Brielle explains, “We kicked the project off last year by bringing together 35 people connected to the system: Together, we identified aspects of child welfare in need of deeper coverage and came up with a plan for a one-year journalism project. Later, we invited youth and parents to help us name the project and design our logo. Then they helped us ‘unpack’ information we requested from the government, contextualizing data, brainstorming dozens of story ideas and directly informing our editorial calendar. We trained them to enter data and note questions about it, and invited them to continue doing (paid) work.” Subscribe to the weekly Urban Nation newsletter to follow Brielle’s work.

I don’t want to suggest that The Discourse has all the answers. But here’s one thing I know: Hiring and promoting more diverse reporters and editors (ie. changing who the gatekeepers are) is important but only the first step.

As journalists, we also need to challenge ourselves to think critically about how to hand more power from the gatekeepers to community members to shape how their stories are told.

Thanks to community members like you, we’ve been able to grow our team to address gaps in media coverage. Like what you’re reading? Please forward it to friend or two, and encourage them to subscribe.