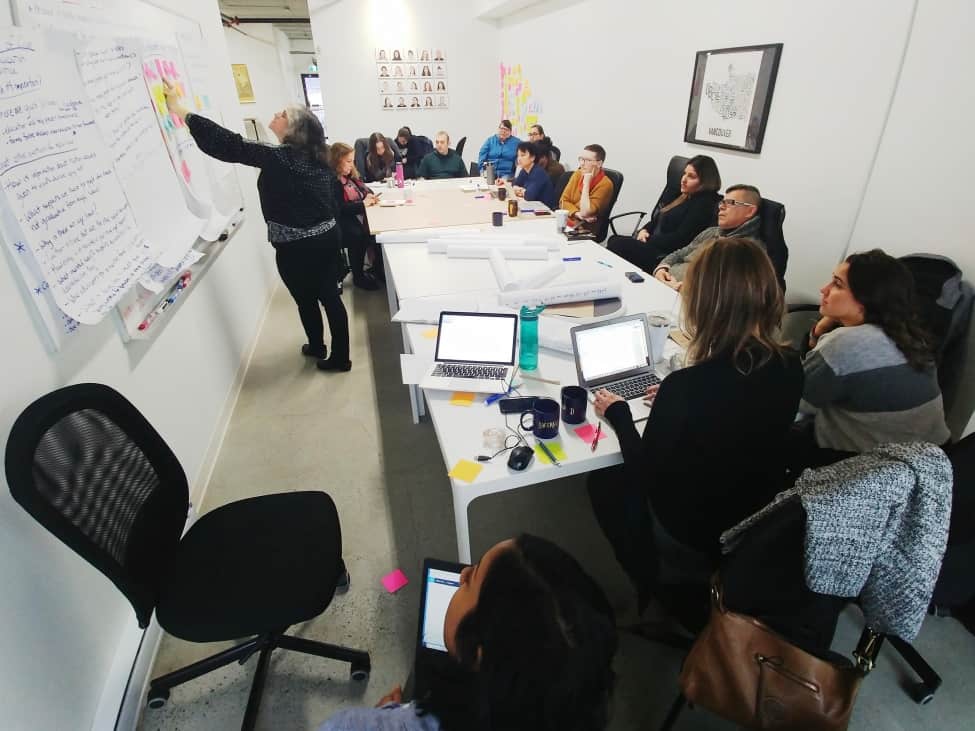 Care about child welfare? Collaborate with us

Journalists from different media are working together and we need your help.

For the past six months, I’ve been working with a team of women journalists on Spotlight: Child Welfare — a collaborative project that aims to deepen reporting on the child-welfare system.

Together, we’re working to change dominant narratives about the child-welfare system, which too often exclude important context about the history of Canada’s colonial policies and practices, ignore systemic racism, reinforce stereotypes about Indigenous people and focus disproportionately on tragedies. In the process, we’re also trying to change the way journalists practice — the way we exercise our power and make use of our platforms.

For far too long journalists have excluded Indigenous perspectives and misrepresented Indigenous communities. I’ve learned that many youth and families impacted by the child-welfare system see media as a barrier, instead of a potential catalyst for positive change. It’s our responsibility as journalists, as per the Truth and Reconciliation Commission’s Calls to Action, to acknowledge this distrust in our industry, interrogate our own assumptions and practices, and reimagine how we might work with Indigenous communities to better cover this complex system.

Since launching Spotlight: Child Welfare in September 2018, we’ve been working closely with people connected to and impacted by the system. At every step, we’ve invited community members — particularly Indigenous youth and parents — to join us in this work: from designing and naming the project, to brainstorming our logo, to unpacking the data we’ve obtained from the Ministry of Children and Family Development, to developing story ideas for us to investigate.

We’re now in the reporting phase, and we’re digging into three themes: how much support is allocated to vulnerable families; auditing the government’s audits; and education outcomes for youth who have lived in foster homes or group homes. Our goal is to produce in-depth, nuanced, data-driven and solutions-focused stories. And to build a model for collaborative journalism that can be used in other issue areas or regions.

The Spotlight: Child Welfare team, which includes award-winning journalists who write for The Discourse, The Tyee, Star Metro, Black Press, National Observer, Vancouver Courier and The Runner, will be publishing dozens of stories, across different media platforms, over the spring and summer, starting at the end of April.

If you want to get involved, there are many ways to support the project. For example, we created surveys for biological parents, extended family caregivers, foster parents and support workers because we want to learn more about the level of support each receives from the government. If you know anyone who might like to share their experience, please share our call-out with them.

You can follow Spotlight: Child Welfare on Facebook and Twitter to stay in the loop. And please email me if you have questions, ideas or concerns.

Connecting to land and culture while far from home is a challenge for Indigenous people living in the city, Ricky-Lee Watts says.

Indigenous people from many First Nations live in the Lower Mainland. But they are a minority in a large, fast-moving, urban population, he says, and lack the opportunities to connect with the land and be immersed in nature that someone on reserve might have.

“Connection to land, to culture, to language as an Indigenous person knowing who they are and where they come from might be a bit more challenging in an urban community,” he says.

When an urban Indigenous person isn’t grounded some way in home, family, community and culture, it can leave someone feeling estranged, alone and isolated, he says.

“With this crippling space of being, it can go down into a dark path. It’s really important for folks to have meaningful relationships and connection, a sense of confidence in their identity in being a minority in such a large urban area,” he continues.

Without that sense of connection they might  feel like they’re alone — like there “may not be many people who can relate and connect,” he says, and it can be “quite challenging for someone in that environment.”

Editor’s Note, March 14, 2019: This article was updated to clarify that the Spotlight: Child Welfare collaborative includes reporter Tracy Sherlock who will be writing stories for the National Observer (not the Vancouver Observer, as previously written).