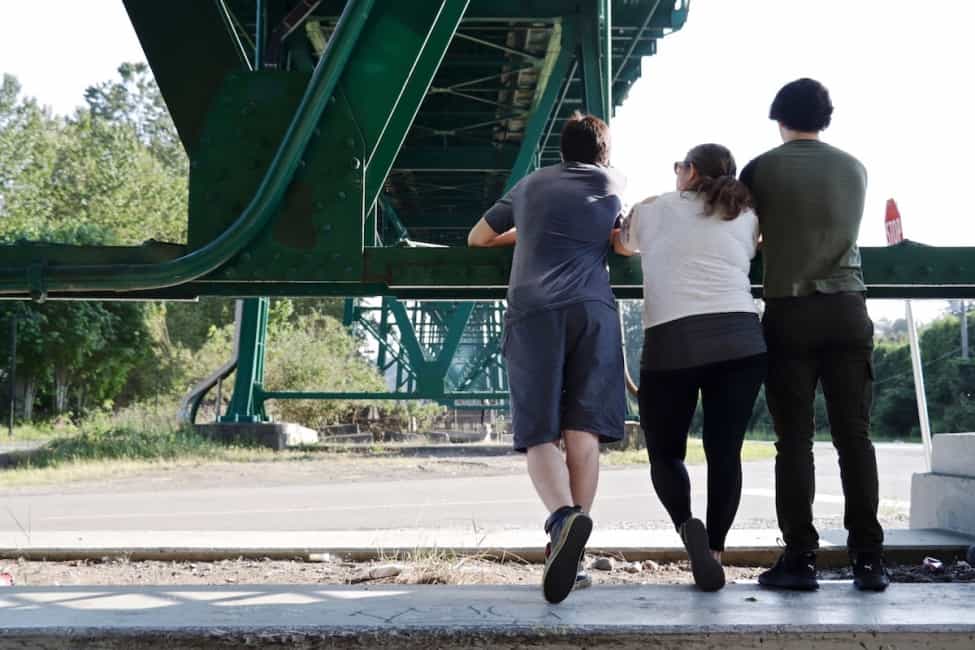 This Squamish mother alleges her family was “pigeonholed and deemed not critical or important until [her son] was suicidal.” Brielle Morgan/The Discourse

The verdict is in: We’re failing to invest in Indigenous families

Brielle here. If you’re reading this, then the systemic lack of support for Indigenous women and families isn’t news to you. Nor is the gross overrepresentation of Indigenous children in B.C.’s child-welfare system.

And it will likely come as no surprise to you that dozens of parents, many of them Indigenous, told us they weren’t getting the support they needed and asked for before social workers apprehended their kids. Or that there’s a deep connection between poverty and child apprehensions.

As part of the Spotlight: Child Welfare collaborative journalism project, I worked with journalists Tracy Sherlock, Katie Hyslop and Cherise Seucharan to investigate a criticism I’ve been hearing for years about B.C.’s child-welfare system — that our government is investing in the wrong end of the system.

Society does more to support foster parents than it does to support vulnerable families living with poverty and intergenerational trauma, we heard again and again.

“I told them that I needed help, and they didn’t listen to me,” one mother, who’s a member of the Fond du Lac First Nation, told us.

The National Inquiry into Missing and Murdered Indigenous Women and Girls wrote about this disparity between support for Indigenous families and support for foster parents in its final report, which was released on Monday.

“This is exemplified by the state’s prioritizing funding for foster homes over economic and support services to families,” the report continued, as well as “state policies that limit access to specialized support services unless the child is in care; and agency funding models that are predicated on the number of children in the agency’s care.”

Our latest story highlights parents’ perspectives on this disparity, and compares supports available to low-income families in B.C. to those available for foster parents. It also looks at some of the changes underway, and the changes still needed.

I’m hoping this story can be used as a tool by those advocating for change in the child-welfare system. And I’m hoping it will help build understanding among those who aren’t living with the pain of colonization, poverty or the very real threat of losing our children.

We plan to publish more stories scrutinizing the child-welfare system in the coming weeks. These stories will make space for parents to speak to how a systemic lack of support has impacted their families. We’ll also explore how allegedly high turnover among social work teams is impacting their ability to serve families. And we’ll look at what’s working well and what’s not working in B.C. communities with particularly high or low rates of children in care.

Thank you to all of the parents, advocates and social work instructors who’ve shared their time and expertise with us. Our goal is to serve you through this work. Please tell us how we can do better.

And if you value the work we’re doing, please support it.

As we announced two weeks ago, The Discourse needs 1,000 people to pay for the local journalism we produce across our communities by June 15 so we can continue delivering community-powered stories to the Urban Nation.

Since launching The Discourse’s community-powered platform, nearly 350 supporters have contributed over $34,000! That’s a big step towards supporting journalism that makes an impact on issues that matter to you. But we still need your help to succeed. Will you help us get 1,000 supporters by June 15? Pay what you can to help build media that genuinely reflects our country’s diversity.

You don’t need to look in history books or at remote First Nations communities to see how colonialism is impacting Indigenous peoples’ lives, Erin Grant says.

“I think what makes it hard in the urban Indigenous community is that there’s so much the history of colonialism and the intergenerational trauma and all that,” Erin says. “And the ongoing colonialism makes the everyday lives of Indigenous people harder and more of a struggle to actually survive.”

Erin’s Indigenous roots hail from southern Labrador in the NunatuKavut community, but she’s lived in Vancouver for all of her 30 years. She lives in East Van now.

Vancouver’s diverse Indigenous population struggles to survive in the city, Erin says. But this creates strong social and cultural bonds between Indigenous people, she adds.

“I love that you’re together in a struggle, almost,” she says. “The kind of bonds that you form are based on social justice, but also there’s not a division of work and personal life and it’s very much more of a community in that way.”

“While people are actually trying to meet their survival needs, the onus is on them to actually make the change as well, especially in the reconciliation discourse,” Erin says.

June 6: The Residential School History and  Dialogue Centre at the University of British Columbia hosts a panel discussion entitled Genocide: Residential Schools and the Challenge of Reconciliation. 6 to 8 p.m. The event is free and open to the public but RSVP is recommended since space is limited.

June 11:  Sto:lo/Squamish explorative designer Nicole Preissl takes participants on an Indigenous Plant Walk to explore how we view plants, gardens and urban green spaces. At the Aberthau Mansion in Vancouver at 6 p.m. This event is free.

June 12: First Nations Craft Class at the Kitsilano Community Centre. In honour of National Indigenous History Month in Canada, learn how to make a dreamcatcher in this class from 1 to 2:30 p.m. Traditional snacks and drinks available, and all materials supplied.