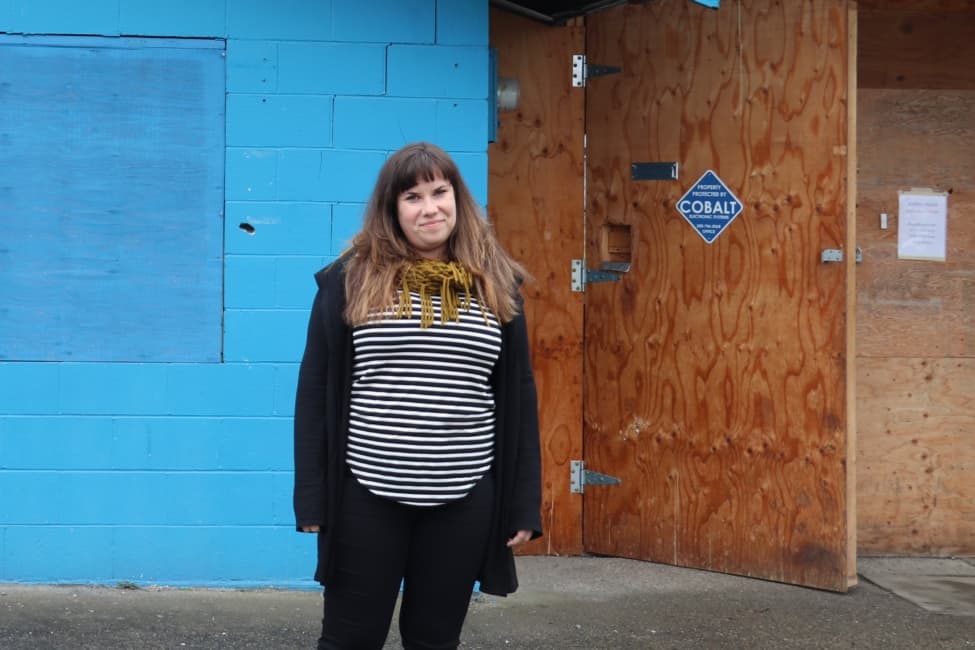 COVID-19 closures leave some homeless people out in the cold

How do you keep people without a home healthy in a pandemic? Local service providers face a tough balancing act.

This week, across the Cowichan region, the organizations that serve people experiencing homelessness are making extraordinarily difficult decisions. Do you welcome people in, knowing that doing so could increase the risk of an outbreak of COVID-19? Or do you turn them away, leaving vulnerable people without food, shelter, a place to wash their hands and other essential services?

Recently, the women’s shelter in Duncan housed up to 27 people a night, says Adria Borghesan, with the Cowichan Women Against Violence Society, who manages the shelter. As of March 19, only seven women — the same women each night — are welcome.

“My biggest concern is just that our building is totally inappropriate to handle this,” she says. “We are fighting tooth and nail to keep our shelter open any way possible. But the reality is that we are one large common area holding many bodies. We have no individual rooms or spaces to segregate anyone, we have no means of quarantining or isolating anyone within the shelter. We are an old concession stand — basically just a cement box with no ventilation or circulation system, without even windows to open for air circulation.”

This is an example of tough choices service providers are making in response to the province declaring a state of emergency in the face of the COVID-19 pandemic. They are trying to protect the health of staff, clients and the broader community while still providing services to a street population that health experts consider especially vulnerable to impacts of the coronavirus pandemic. “It’s undeniably an incredibly hard balancing act to manage, that I’m sure everyone making critical decisions is feeling,” Borghesan says.

Experiencing homelessness is more than needing a safe place to sleep; there is also a constant struggle to eat well and practice good personal hygiene. When public spaces such as libraries, businesses and community centres close, the burden on service providers grows.

As far as we know, the coronavirus has yet to hit Cowichan’s homeless community in a significant way. But it is already feeling the impacts of a significant reduction in available services.

“Not a lot of people give consideration to what it means in this kind of a situation when you’re homeless,” says Anne Brunet, acting executive director of the Cowichan Valley branch of the Canadian Mental Health Association. Earlier this week, the CMHA announced some changes and reductions in service, including at the Warmland House shelter, a hub for many in Duncan’s street community.

The shelter’s managers decided to close its 15 extreme weather beds two weeks earlier than planned. And for the near future they’ll keep the front gates closed at all times. This means that people who have not secured a bed at the shelter will not have access to the facility for services such as laundry, showers and meals, and won’t be able to congregate in the common area and the courtyard.

“We have to control the flow of people within the facility as much as possible,” Brunet explains. “This virus is about maintaining as much control as you can.” She explains that other hygienic measures are being taken, including serving food on paper plates.

Brunet adds that she is very concerned about people living on the street who are shut out from services they depend on. She says that the CMHA is looking into supplying take-out meals for people sleeping on the street. The association has asked businesses with food that might go to waste to consider donating it to the shelter.

“Coronavirus can’t be any worse than starving to death. That’s how some of them put it,” reports William Jack, who serves homeless Indigenous clientele at the Breakfast Club at Hiiye’yu Lelum (House of Friendship) in Duncan.

He says that the Breakfast Club continues to operate, just at a slower pace. Now, only 10 people at a time can come inside to eat, shower and do laundry. This is down from about 25 to 35 people, says Jack, who notes that everyone waiting outside eventually will get served.

And that’s the important thing, he says. Jack explains that because his clients are in dire straits and services are reduced or closed elsewhere in the community, he really hopes the Breakfast Club can remain open throughout the crisis.

One reason is that it is an opportunity for education. Jack says that unfortunately many of the homeless people he serves are not very well informed about COVID-19. He says he tries to convey the seriousness of the issue, including the need to practice good hygiene. He encourages people to wash their hands in the river when washroom facilities aren’t readily available. “The more informed they are, the better [off] we are, too,” he says.

No sandwiches on Sunday

The Breakfast Club is open for now, but people who rely on Sunday Sandwiches will go without, at least this week. Cheryl Lee Saele founded the volunteer-led meal program in 2017 to fill a gap for the hungry on the day when Duncan’s food bank is closed.

Shutting down was a very difficult decision, Saele says. One of her volunteers has been “bawling her eyes out” since they made the call, she says. She and some of her regular volunteers reluctantly determined that the previous week’s safety measures, such as hand sanitizers and hands-off food distribution, aren’t sufficient to mitigate the risk of spreading COVID-19.

“All of a sudden our numbers [of people we serve] jumped up really high, and now, we’re not out there,” Saele says. “But I just think it’s safer for everyone that we’re not. … A lot of us could have hidden symptoms.”

The Ladysmith Resources Centre Association serves people experiencing homelessness and others who need extra support in Ladysmith. The association announced earlier this week that it is suspending all non-essential services. The food bank and cold weather shelter remain open, but many services are cut back or suspended.

LRCA executive director Christy Wood explains, “We want to make sure that when [our clients are] coming into the centre that they’re safe, and there’s not a whole crowd of people in there, … and that they’re not being put at risk by other people just coming in for their regular programming.”

Wood says her staff has been amazing in trying to provide continuity of care, but that they have been hampered by the shortage of resources in the overall community. For example, their food bank program relies on food recovered from local grocery stores. “There just hasn’t been food for us to recover,” she says. “We normally have tons of bread so we can service all the people we need … and we actually had no bread. We had to drive up to [Nanaimo] Loaves and Fishes to get bread.”

Similarly, Wood says that LRCA staff hasn’t been able to find any gloves, masks and alcohol wipes. They are making their own hand sanitizer. “It’s kind of disappointing because all these people are going out and buying it for personal use, where my shelter staff and other staffs don’t have access to these things. That’s been a real challenge to be able to make sure that they’re staying safe.”

What services are available?