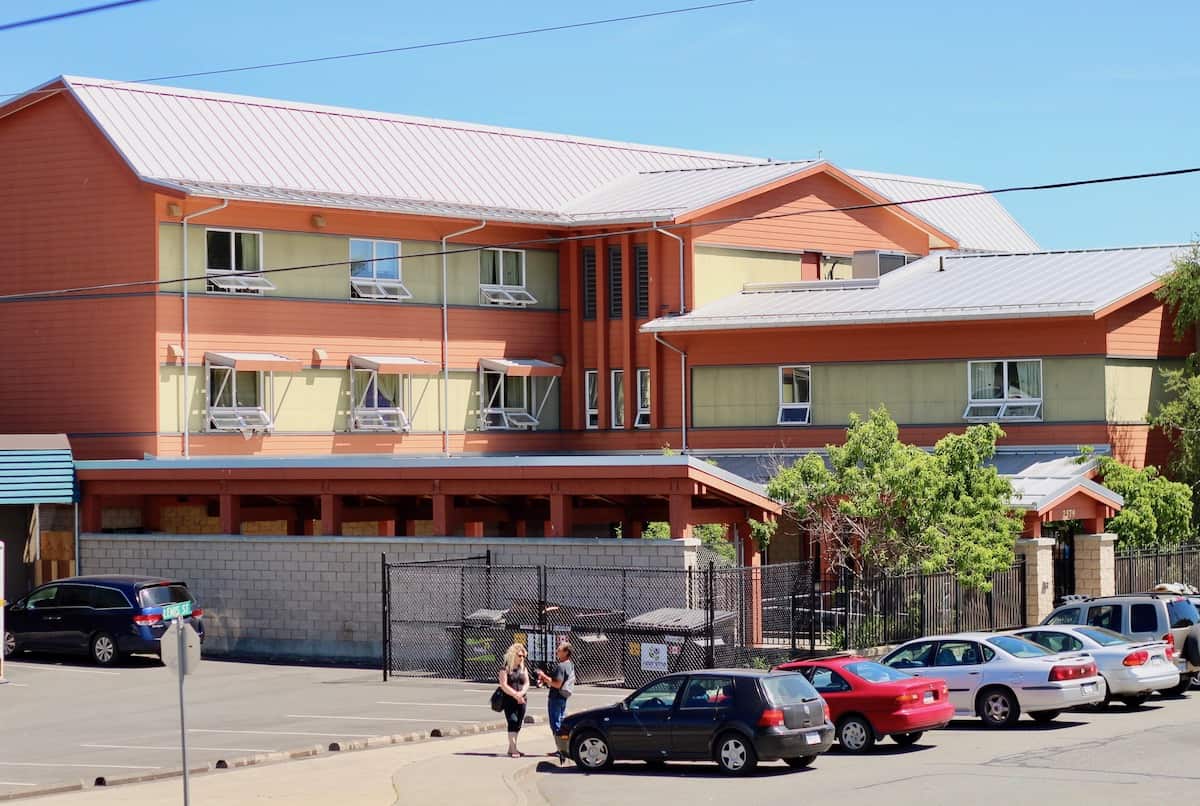 The manager of Warmland House, an emergency shelter in Duncan, B.C. says he’s thinking outside the box in order to move some of his clients into more permanent housing. Jacqueline Ronson/The Discourse
Cowichan Valley

These Cowichan groups are tackling homelessness amidst a housing crisis

What Tse’hwu’uts’stun remembers is her eyes.

Tse’hwu’uts’stun (whose English name is William Jack) is a homelessness outreach worker with Hiiye’yu Lelum (House of Friendship) in Duncan, B.C. The eyes belonged to a transient teenager, who was 16 or 18 years old, he guesses, who showed up to Hiiye’yu Lelum one morning for breakfast.

She lingered afterward, and Tse’hwu’uts’stun says he could see the hurt in her haunted eyes. He told her about other services he might be able to offer, and asked what help she might need.

The question opened her, says Tse’hwu’uts’stun. “You can see the tears welling up in her eyes, and she says, ‘You know, if you really want to help me, you can find me a place where I can go in and just lock the door and go to sleep.’”

“Those eyes will always remain with me.”

Hiiye’yu Lelum’s breakfast program offers food, showers, laundry and clothing to people in need. Tse’hwu’uts’stun sees himself as a friend to his clients, someone to walk beside them in their healing journey, as they recover from traumas they have seen.

“A lot of people that come in have already shut down, closed the doors. And through the culture teachings, I hope that I can create a wedge in those doors and let some fresh air in, give it life, so that they can talk about it and move from that point of time,” he says.

The work would be easier if he could also get people into safe housing, he says. “If we can house everyone that is homeless here, that takes half the barriers away.”

But many residents are feeling the pinch.

Meanwhile, by October 2018 the vacancy rate for rentals in Duncan had fallen to 0.5 percent, down from 9.5 percent just five years earlier. And homelessness increased by 50 percent between 2014 and 2017.

According to the Cowichan Housing Association, a third of households in the Cowichan Valley in 2016 failed to meet acceptable standards for adequacy, suitability or affordability.

Some residents who had been teetering on the edge of affordable housing have been pushed onto the streets, leading to concerns over community safety and questions about who will clean up the mess left behind.

“If you don’t have a stable place to live, that can very much affect your ability to work, your ability to deal with stressful situations that come up in your life,” she explains.

Those who struggle with housing affordability can see health consequences, too, she notes. “You may have a place to live but it’s costing so much of the income that you’re bringing in that that causes a whole other level of stress.”

Warmland House, an emergency shelter and transition house in Duncan that’s run by the Canadian Mental Health Association, has found some success moving people from homelessness up through different levels of housing support and into independence.

It starts with the shelter beds, which are available during nighttime hours to clients who can commit to respectful behaviour and staying the night. People who do well in the shelter might request a move to the bunkhouse — a dorm of eight beds in bunks that allows around-the-clock access and the ability to leave some belongings. But to qualify for a bunk, clients must participate in the Moving Forward program, which requires working with a counsellor and other supports to take steps towards stability and independence.

Those who succeed in the bunkhouse might move into one of the 24 transitional apartments on the top floor of the shelter’s building.

Meanwhile, staff work with clients on their life skills: how to keep a home, do laundry, get along with others. The maximum stay in an apartment is normally two years and, with about six months left in their stay, residents will begin working with staff on a transition plan into the community. Which can be a challenge, with so much competition for so few housing vacancies.

“There’s no apartments in town, is there? Try and find an apartment for marginalized people. It’s not going to happen,” says David Mitchell, general manager of Warmland.

But Mitchell has found a way. About five years ago he made a deal with a landlord who owned seven townhouses near the shelter to take over management of the whole complex. Mitchell says he guaranteed that the rent would be paid on time, and that he would personally deal with any issues that may arise with the tenants, who would be carefully vetted in advance by Warmland staff.

The tenant signs a temporary transitional housing agreement with Warmland, and if they breach that agreement, Mitchell can remove the tenant and change the locks.

Mitchell says the arrangement works because it opens up more rental options for Warmland’s clients, and at the same time landlords are thrilled to get rent paid on time and have issues dealt with promptly, he says.

And word is spreading, Mitchell says. He now manages about 10 additional apartments scattered throughout the community. If a client does well, he might enter into a regular tenancy agreement with the landlord on the same apartment, Mitchell says, and the landlord will provide a different unit to Mitchell to keep the cycle going.

The goal is to get to permanent housing, says Mitchell. “Take away the temporary, take away the transitional, and you’ve earned yourself a right to have a nice apartment in some building where you have a good relationship with the landlord.”

Of course, sometimes people fail, or backslide on progress. But when they do, Mitchell says, they are welcomed back to the shelter to start over and try again. It’s a Housing First model but with a twist, he says.

“You can’t take somebody that’s really messed up on drugs and say, ‘Okay, you’re in an apartment now, everything will be fine,’” he explains. “We put the supports around them now, and we put them in the housing that they can manage. I’m not going to put somebody in an apartment across town that they can’t manage, if I can have them in the bunkhouse or upstairs in one of the apartments here that we can manage together, until I can get them in that apartment across town.”

Lawrene Collins, who has worked with the Canadian Mental Health Association for 23 years and at Warmland since it opened in 2009, says she sees great work being done at the shelter. “I see success every day. Lots and lots of success. If I didn’t, I couldn’t do this, and I don’t think any of my colleagues could, either.”

Collins leads the Moving Forward program, and clients meet with her when they are ready to begin working towards independent living.

“It’s a tremendous success if somebody can come in and maintain an apartment and live in our community,” she says.

For individuals, the program can make a huge difference, says Collins.

But the scale of the wider housing problem is not diminishing, she notes.

What people need, says Tse’hwu’uts’stun, is transitional housing to move from homelessness into community living. Because right now, he says, there is too much competition for too few units available.

“My attempts to contact landlords, and persuade them to be on board on this investment in our community, has not been successful,” he says. “We need to start another company up that manages housing units just for the homeless people.”

Several groups in the region are now working together towards big-picture solutions. “We just crossed a major bridge this last year,” says Terri Mattin, who was, until recently, the executive director of the Cowichan Housing Association, and continues to work as a contractor to the association.

The association is working with other Cowichan organizations to better understand the problem and figure out how to make meaningful change, she says. “This is hard work, and it’s going to take a while.”

Last fall, residents of the Cowichan Valley Regional District voted to create a new fund to support the development of affordable housing in the region. The $765,000 in annual funding is meant to support organizations seeking to address the local housing need.

For example, the Cowichan Lake Elder Care Society hopes to build seniors’ housing in Lake Cowichan that would accommodate people with different levels of care needs. The housing money will pay for staff at the Cowichan Housing Association to assist small organizations like this one to apply for permits, fill out funding applications, and so on. If their initial applications are successful, some of the funds might also be allocated to land surveys or architectural drawings, and might ultimately contribute to the actual capital costs of a building.

The idea is that, by having some centralized expertise, small groups working on local housing projects won’t have to start from scratch in learning to navigate these systems, says John Horn, current executive director of the Cowichan Housing Association.

Meeting needs for affordable housing in a place like the Cowichan Valley is harder than in big cities, Horn says.

You can’t just put up a big apartment building in the centre and expect everyone to move there, he says. People in the Cowichan Valley need lots of smaller projects scattered across the region that meet specific needs for specific clientele, he explains.

But that’s more expensive, he notes, since fixed development costs are spread across fewer units. And that’s the problem this fund is specifically targeting.

It’s not just about building single-family houses, she says. “It’s about looking at a particular client group and saying, ‘What do these people really need?’ Or, ‘How do we actually move people from homelessness through a process where they’re self sufficient?’ That takes a lot of work, and a lot of thinking.”

But what Mattin sees, and has been seeing for the last several years, is a community services sector dedicated to working together and working very hard to tackle this complicated issue, she says.

She has hope that the foundation laid today will pay off in community wellness for all in the future.

“People have got to have some kind of home base where they feel safe and secure, and have their basic needs met, in order to then actualize their potential,” she says.

Who’s struggling in the Cowichan Valley? 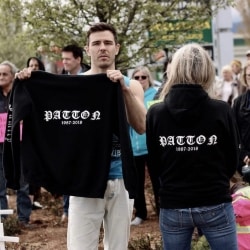 I asked you about your daily struggles. Here’s what you said.

Police in Cowichan respond to a growing mental health crisis