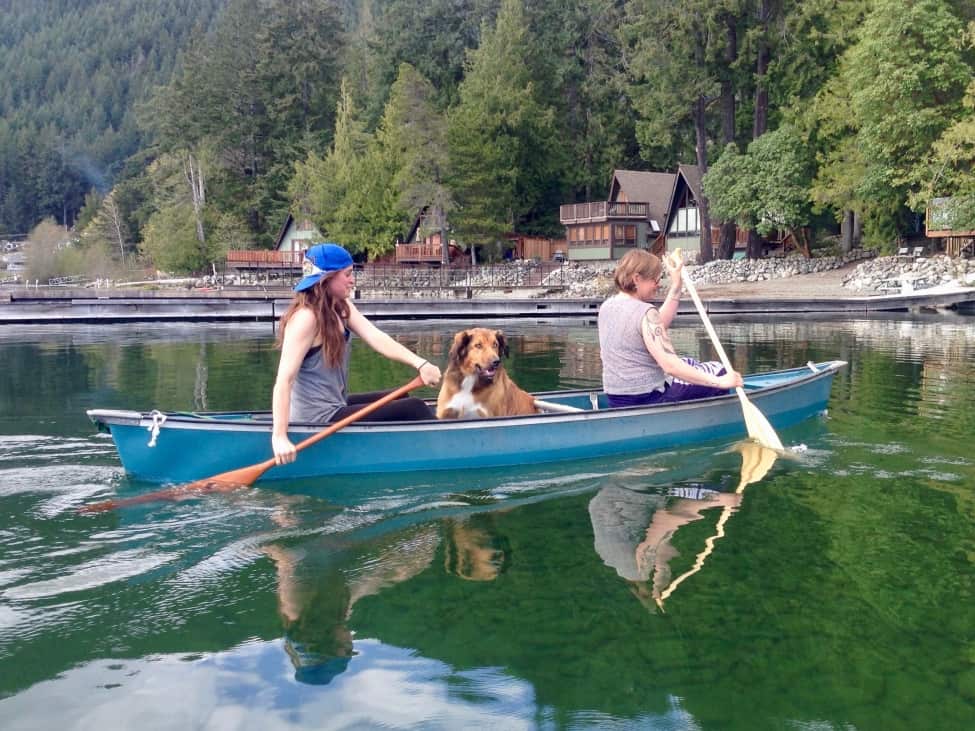 The Cowichan Valley Regional District says a vote in favour will ensure we have enough of the water we love.

On Oct. 20, people living in the Cowichan Valley Regional District will vote on whether the district should step up its protection of the area’s drinking water and watershed — and increase property taxes to pay for it.

The idea is that the money will help the regional district anticipate and plan for threats to the water system, like pollution, climate change and unsustainable development. Summer water supply is way down — with a third less water flowing into Lake Cowichan since the 1960s — while demand continues to grow as more and more people and industries move into the valley.

There’s a lot of information out there about what the fund will and won’t pay for; a lot of it is confusing, and not all of it is accurate. Here are five things you should know before you vote.

Critics argue that the CVRD is asking for a lot of money without a clear enough plan, and that it should focus on services already in its wheelhouse. Supporters say the risks of doing nothing are significant, and proactive support for environmental protection will save us in the long run.

2. It is, and it isn’t, about your drinking water

There are 44 separate drinking water providers within the CVRD, and the referendum won’t change that. Those utilities deal with getting water from a source — a lake, river or aquifer — to customers. This new service wouldn’t interfere with those services or with people’s private wells. Instead, the idea is to better understand and protect the water sources to make sure there’s enough of it and it’s clean enough. In theory, by protecting water farther upstream, your drinking water provider can avoid the costs of dealing with emergencies like shortages and pollutants.

3. The service would inform development decisions

The CVRD says it just doesn’t know enough about the water systems to make sure that new housing developments have a secure source of water. Currently, a developer looking to subdivide or rezone drills a test well and pumps it for a short period to demonstrate that there’s enough water to supply the planned businesses and homes, CVRD’s environmental services manager, Kate Miller, told The Discourse in an email. But just because there’s enough water in the aquifer today doesn’t mean there necessarily will be in the future, she says. The CVRD hopes to improve its understanding of the groundwater systems, particularly where aquifers are under significant stress, so that better decisions can be made about where developments should go. The aim is to avoid situations where, for example, drinking water has to be trucked in after the wells run dry.

The weir at the outflow of Lake Cowichan was built in the 1950s by Catalyst Paper to hold back water through the summer to ensure enough supply for the paper mill in Crofton. But three out of the last four summers have been droughts, and the weir is no longer reliably holding enough water for the mill, for fish, for Crofton drinking water and for sewage effluent dilution.

A water-use planning process that wrapped up earlier this year recommended that the weir eventually be raised by 70 centimetres. Doing nothing, it said, would mean that by the 2050s the river would all but run dry most summers, without enough water to even float down the Cowichan River on a tube.

The value of a new, higher weir is clear, but how it will get built and paid for is another question. There a lot of competing interests, including waterfront property owners who may have to be compensated for land loss if the weir is heightened. The CVRD’s watershed protection service won’t help pay for the capital costs of a new weir, but it could allow the regional district to take an active leadership role in the project, to work with other governments and interest groups, and to find sources of funding.

5. Everyone who lives or owns property in the CVRD can vote

The referendum is open to everyone living in the CVRD, including the municipalities of Duncan, North Cowichan, Lake Cowichan and Ladysmith, all electoral areas, and on First Nations reserves. People who own property in the CVRD but don’t live here can vote, but must register in advance.

Sign up for the weekly Cowichan Valley newsletter here

Let’s talk about life in the Cowichan Valley

Ask us a question about the Cowichan Valley election