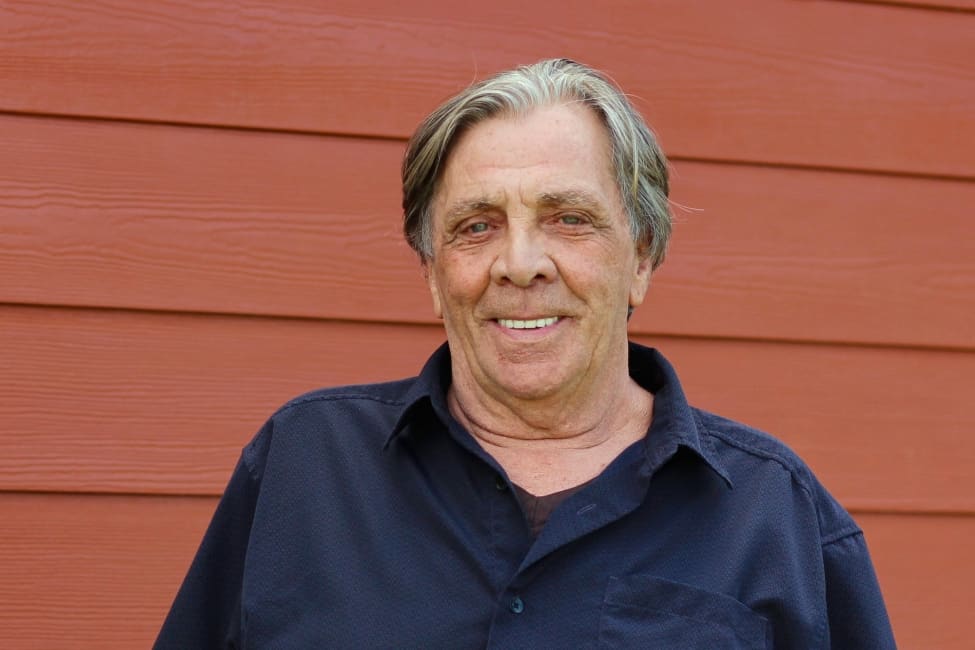 David Mitchell, general manager of Warmland House, says if he can get off drugs, so can anyone. Jacqueline Ronson/The Discourse

A homeless shelter manager draws from his life lessons from the streets to support others.

If David Mitchell can get off drugs and turn his life around, anyone can. That’s the message he’ll share with anyone who needs to hear it. David now works for the Canadian Mental Health Association as the general manager of Warmland House, the emergency shelter and transitional housing complex in Duncan. Twenty years ago, he lived on the streets of Victoria and used intravenous heroin heavily.

That last winter before he sobered up, he’d use every day in a gas station bathroom, and have a conversation with himself in the mirror: “I would say, ‘You know what, you’ve never hated anybody, not really hated anybody. But you hate that guy. How come? You never really wanted to destroy anybody’s family, but you wanted to destroy that guy’s family intentionally. You’ve never wanted to kill anybody, but you’re deliberately trying to kill him. Unless you make friends with him, you’re dead.’”

It took daily effort to come to the point where it felt like David and the man in the mirror were on the same team, he says. That, plus a little luck, some compassion from strangers and a lot of help, brought him to where he is today.

Now he uses the lessons from his own journey to walk with others down their own paths. One of the keys, he says, is to be sure to let them lead the way. “If we start walking in front of them, that’s not going to be any good for us or them. If we start doing more work than them, that’s another thing that’s not good. They need to do the work, we need to be the support.”

He says he’s seen more successes at Warmland than other shelters he’s worked at. He attributes that to the team of support — made up of Warmland staff and others — that wraps itself around individuals who are ready to receive it.

How do they do it? Stay tuned for my forthcoming story on housing issues in the Cowichan Valley. And if you want more storytelling that helps connect our community, instead of dividing us, support today.

Thank you to everyone who has raised their hands in support of local, in-depth news. By becoming supporters of Cowichan Discourse, you’re helping to secure its future, and for that I thank you.

But with just 10 days left to reach our goal of 1,000, we need your help. Will you step up and declare to the world that you want truly community-driven journalism in the Cowichan Valley? Every little bit counts! And please help us spread the word by posting why you care about The Cowichan Discourse to Facebook.

In your own words

Last week I published my investigation into the death of Chris Bloomfield, shot by police in his home near Shawnigan Lake in November 2018. I want to thank everyone who took the time to read, share and respond.

One email I received really opened my eyes to what a radically compassionate response to people in crisis might look like. Chloé Hemsworth gave me permission to share it with you all. Here it is:

I did not know Chris, but he could have been any of my friends. Having watched others going through these drug induced experiences, the last people I would want to show up to help would be anyone from any kind of institution. No cops, no nurses, no mental health workers. It’s a matter of the spirit, and who I would want help from is spiritual leaders, healers, shamans. People who understand and are not judging and are reaching out to your spirit. They are working on having healers available to people in hospitals alongside western medicine, and perhaps it’s time that the same happened with the police force. The police are humans too; they have fears and things they don’t understand. Compassion goes a long way. Education and lining up the right people to respond to such situations is key if we are to move forward as a society. All it takes sometimes is that one person who is in tune to completely turn a situation around. My heart goes out to all those who were touched by Chris. His death was not in vain and is causing a much needed ripple in the fabric of how we approach and understand what many people are going through.

Thank you, Chloé, for sharing.