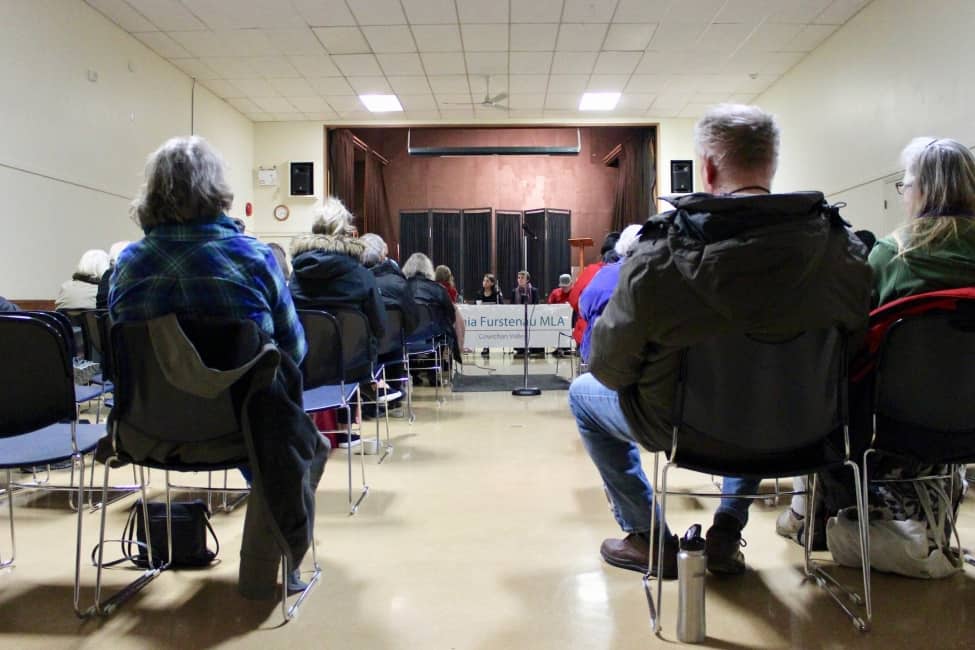 No kid left behind? Not in Cowichan

Join us in a community conversation on media and child welfare in the Cowichan Valley.

Last week I attended a town hall organized by Cowichan MLA Sonia Furstenau on the overrepresentation of Indigenous children in the child welfare system. It was heartening to see about 50 people from the community come out to be part of it.

If we can judge a community on the welfare of its children, the Cowichan Valley doesn’t come out looking great. One in four children live below the poverty line. Rates of children in government care are three times the provincial average.

Many of the panelists who spoke at the Feb. 7 event called for the end of child apprehensions in the Cowichan Valley, and for a culture that supports and protects families, rather than separating them. That effort has been led by Patricia Dawn of the Red Willow Womyn’s Society, and many others. If the statistics are grim, the energy that this community has to repair a discriminatory system is inspiring.

These grassroots efforts to support keeping families together have been getting attention in the media, including in the Globe and Mail, the Tyee and the local Cowichan Valley Citizen. I believe that journalists have an important role to play in sharing stories and information that show what is really going on in the child welfare system, and what could be better. That’s why The Discourse is hosting a community conversation on March 8, International Women’s Day, about how journalists can improve coverage of the child welfare system and families affected by it.

Stories about child welfare are especially important to us at The Discourse. That’s because reporter Brielle Morgan has been covering this system deeply for more than two years. She recognized that journalists covering stories related to the child welfare system can do a lot of good – or they can do a lot of harm. Unfortunately, the latter is too common. Often, reporters show up when a kid dies, tell a surface-deep and sensational tale and move on to the next target. That’s some of the feedback Brielle heard when she started covering child welfare issues by listening to people in that community.

I’m very excited to announce that Brielle will join me next month to help lead a conversation on how journalists can do a better job covering child welfare in the Cowichan Valley. She has led similar discussions in Vancouver and Victoria, and is currently leading a collaborative reporting project with nine journalists committed to telling in-depth, data-driven stories on the child welfare system and how it can do better.

The event will be held March 8 from 6 to 8:30 p.m. at Duncan United Church, 246 Ingram St. The evening is in collaboration with the Cowichan Valley International Women’s Day festival. All are welcome, and we particularly encourage journalists and people involved with or affected by the child welfare system to attend. Food and refreshments will be provided. Please RSVP below so we can be sure to order enough food.

Help me share the ❤️for Cowichan by sharing this newsletter with three of your friends. Remind them to subscribe, and it will be the gift that keeps on giving.

Where are Cowichan’s missing men?