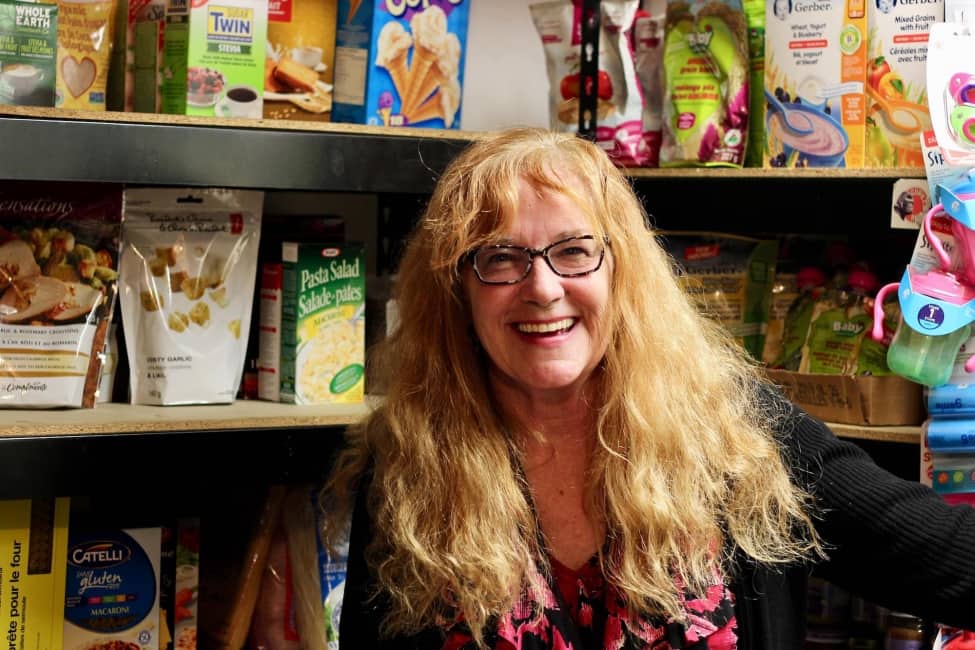 Lunch at the local soup kitchen

“There are heroes and heroines that live on those streets,” says the manager of Cowichan's downtown food bank.

In an unassuming house on a residential street near the Duncan core, Colleen Fuller oversees her domain. Colleen is the manager of the Cowichan Valley Basket Society, a community soup kitchen and food bank, and on Tuesday just before lunchtime this week, the place was buzzing with a laid-back hum.

In the middle of it, Colleen is smiling. She accepts hugs and greets people, checking in to see how they are doing. People filter in and out, grabbing sandwiches on cheese buns, coffee and pumpkin pie. They sit at long tables and socialize, or not. Volunteers put out plates of food and clear the dishes. There’s no one at the door taking names — if you’re hungry and you’re struggling, you can come in and you can eat, Colleen says.

The soup kitchen is open 10 a.m. to 4 p.m. (2 p.m. in the summer), every day except Sundays and holidays, and you can hang out as long as you like so long as you obey the rules: mainly, no violence, no drugs. About 200 bowls of soup are served each day, Colleen says. It’s not just a place to get a bite to eat, it’s a community centre. It’s a place to build relationships and connect with support services. It’s a place to borrow a book or movie.

Beyond the loaves of donated bread that line shelves, individuals and families can go downstairs and register to collect a hamper of food — about a week’s worth — once a month. The society gives out close to 500 hampers each month, Colleen says. The biggest family that the food bank helps feed is more than a dozen people — a matriarch living in a large house with her children and their children.

It’s obvious Colleen loves her job. “I get my hugs and rewards here every day. Every day,” she says. She tells the story of a woman who felt guilty about taking the small bit of cash she had to play bingo. When she won $300, she gave it to the food bank. “She came in and she said, ‘I need to do this,’” Colleen says. “It was just a cry-fest.”

The soup kitchen and food bank are fuelled by the efforts of around 100 volunteers, and Colleen says she sometimes has to turn a few away. “The ones that are here, they don’t give up their shifts very easily. Common denominator — they all just want to form relationships and understand what these folks are going through and be supportive.”

I asked Colleen, who’s been doing this job for a decade, if people in this area are struggling more than they used to. She said the struggle has certainly become more visible. Ten years ago, a busy day for the food bank was 20 hampers. Now it’s more than 40. The main thing is that financial support — welfare, disability payments, etc. — have barely risen in 10 years, while the cost of everything else certainly has, she says. That’s especially true for housing. What do you do with $375 for rent?

For those in need of additional help with mental health, trauma and addictions, Colleen says people face barriers in accessing treatment and services. Those who numb the pain with drugs can quickly get sucked into a harmful cycle. “The drugs out there right now are way stronger than they’ve ever, ever been,” Colleen says. “It’s a very short fall.”

I asked Colleen what she sees in her day-to-day that should be front page of the newspaper, but isn’t. She knew her answer before I finished the question. “The miracles — the miracles that happen. The ones that, despite all odds, get up every morning and smile. Seriously, they have my admiration. There are heroes and heroines that live on those streets. And how they can get up in the morning and then turn and help their fellow man — I think we need to learn from that.”

What do you see in your everyday life that should be making headlines, but isn’t? Send me an email — I’d love to hear from you.

News of the week.

If you know about an event that you think should be included in this newsletter next week, send me a note.

Tax refunds for the homeless, with a side of hope