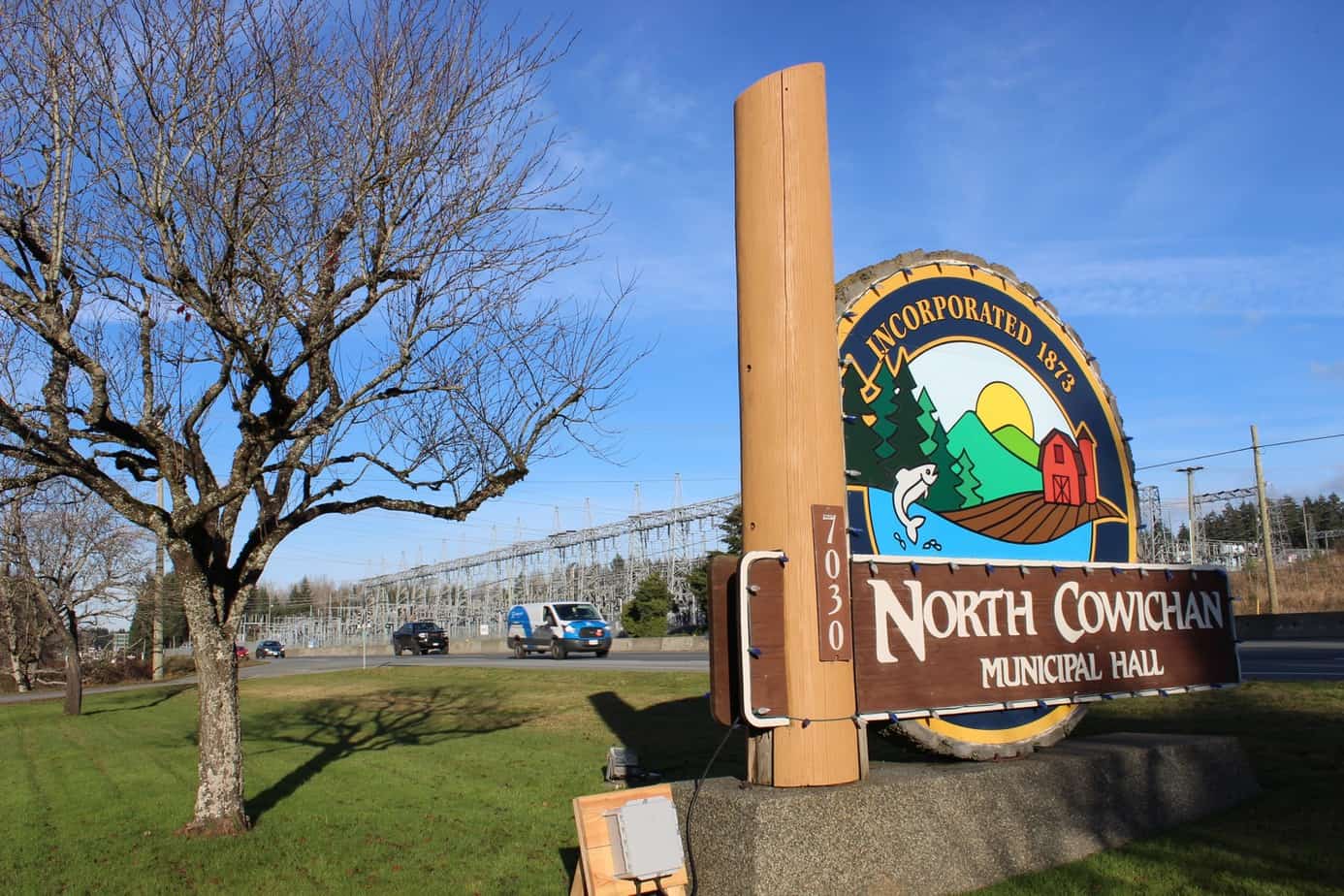 The Municipality of North Cowichan declined to approve, in principle, funds for a new RCMP officer. Photo by Jacqueline Ronson/The Discourse
Cowichan Valley

North Cowichan declines to budget for another RCMP officer

Some councillors asked for a closer examination of crime statistics and alternative resources to respond to homelessness, mental health and addiction.
Ali Pitargue
Support this work. Tell a friend.

As Black Lives Matter protests across the globe call to defund police forces, the Municipality of North Cowichan has declined to approve, in principle, funding for an additional RCMP officer in the 2021-2022 fiscal year. At a council meeting on June 3, four of six councillors present voted for a tentative budget with no new staffing.

Councillor Rob Douglas said the council should wait until after a review of RCMP resources before committing to expand them. “I’d like to see those actual crime stats,” he said. Douglas questioned if an increase in calls to police is a good enough reason to hire more officers, and pointing to a long-term trend of declining crime.

Councillor Tek Manhas supported budgeting for a new officer. He said that downtown businesses in North Cowichan have been requesting more police service. “They’re calling police all the time because of the situation we’re in right now with the opioid crisis,” said Manhas. “Our people are telling us that we need more police on the ground.”

Douglas said that, if the increase in calls to police is related to the opioid overdose epidemic and the housing crisis, as has been suggested, more police might not be the answer. “If that’s where we’re seeing a spike in the workload, in my view, it’s not fair to be expecting additional officers to be handling that,” he said. He suggested that the municipality should instead advocate for Island Health and the provincial and federal governments to respond to those issues.

Councillor Rosalie Sawrie said that the city needs to be more creative with solutions instead of relying on RCMP officers. She told the council, “I really think that we should be putting extra funds in the root problem, not putting it towards RCMP officers who have their hands tied most days and who feel frustrated on the job every day.”

The council voted to tentatively approve an RCMP budget of $6.76 million for 2021-2022, including $500,000 in capital costs for a telephone system for the planned new $48 million RCMP detachment building. That’s $220,000 less than the requested $6.98 million budget, and would represent a decrease in the operating budget (excluding capital costs) relative to 2020-2021.

The municipality must approve a theoretical budget now, although it won’t be formally approved until May 2021. But it’s difficult to add resources later that weren’t previously approved in principle, explained Mark Frame, North Cowichan’s general manager of financial and protective services, at the meeting.

Ongoing protests around the world, triggered after a Minneapolis police officer killed George Floyd, are demanding action in response to criminal justice systems that disproportionately target, punish and kill people of colour, and especially Black and Indigenous people. Protesters are calling for structural change, including defunding police forces. The council discussion took place in the context of these global events, although no one present overtly made the connection.

The concept of defunding police includes policies that range from reducing police budgets to full abolition. It suggests that money spent on policing could be better spent elsewhere, including on social services, community-led safety initiatives and alternatives to police response, for example, in cases of mental health emergencies. Calls to defund police are not new but have gained significant momentum in the last couple of weeks, including in Canada.

At the same meeting, council also initiated an alternative approval process (AAP) to borrow $48 million to fund the planned RCMP detachment building, which has been in the works for years. The existing building was built in 1980 with a planned capacity of 30, and now hosts a workforce of 85.

Under the AAP process, the municipality assumes it has elector consent for borrowing the money unless 10 per cent of people eligible to vote in North Cowichan register their opposition by completing a form and delivering it in person, by mail, by email or by fax to the municipality by July 14, 2020. The forms are available online and will also be mailed to North Cowichan residents.