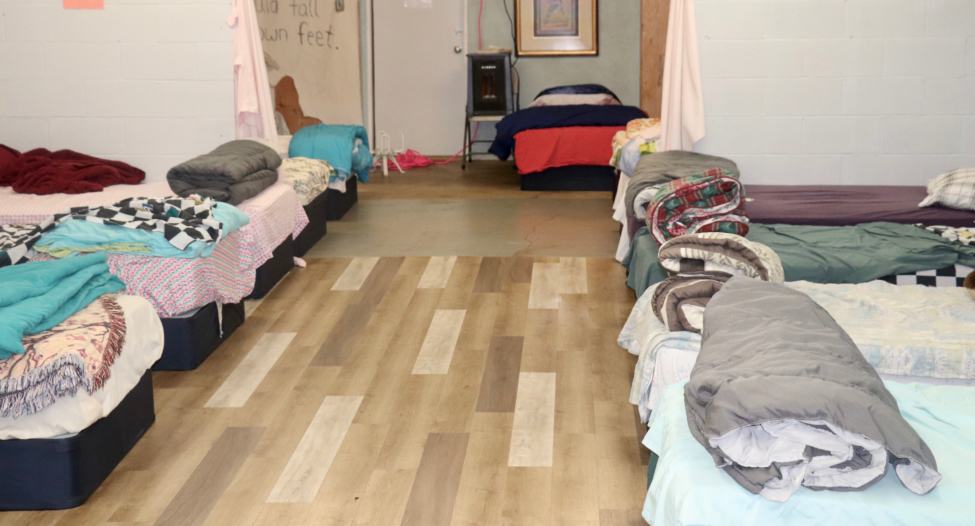 Most of the women who stay in the 15 beds at the Cowichan Women’s Night Shelter are part of a tight-knit community of people living on the streets of Duncan, says manager Adria Borghesan. David Minkow/The Discourse Cowichan

Where do the homeless people in Cowichan come from?

It’s a question I’ve heard from you. Here’s what I’ve been able to learn, and what we may still find out.

Thanks to your input, I’ve spent the past few weeks investigating homelessness and life on the streets of Duncan. I’ve spoken with dozens of people, including service providers, people who are or have been homeless here, and others.

Here’s the question I’ve heard most often as I’ve dug into this topic: Where do the homeless people in Cowichan come from?

It’s a question without a simple answer, although the picture will become clearer later this year. In this newsletter I’ll give a bit of an overview to what we know, and what we might find out.

I’ve interviewed a dozen service providers, and they tell me that the majority of their homeless clients have been living in the community for a while. Many were born here, they say.

“People tend to stay where there is family around,” says Adria Borghesan, manager of the women’s shelter run by the Cowichan Women Against Violence Society. There is a transient nature to homelessness, but people who leave Cowichan for Victoria, Nanaimo or Vancouver in search of services or a new situation, often come back, she says. Similarly, she says that people arriving here from out of town don’t tend to last long because it’s riskier being an outsider in a community.

Many of the service providers tell me they hear rumours that other communities are sending busloads of homeless people to Duncan. They all insist that there is no truth to these rumours.

Stacy Middlemiss, the shelter manager for Warmland House, says that every week she sees new faces coming to the shelter for services, along with many regulars. She explains that service providers, hospitals, or the RCMP may occasionally pay for bus tickets for homeless people to go to a community that they consider their home.

Straight from the source

I’m doing my best to get information from the real experts: people who actually know life on the streets. It’s important to note homelessness doesn’t just look like one thing. Many homeless people don’t hang out on the streets, and not everyone hanging out on the streets is homeless. Some service providers use the term “street entrenched” to talk about people embedded in that culture. That has been the population I’ve been reaching out to. (If you are experiencing homelessness and would like to connect with me, or know someone who is and might, reply to this email to let me know.)

So far, I’ve spoken extensively with nine people who are homeless, or recently were homeless, here in Cowichan. In this small, very non-scientific sample, one person had moved here from Alberta last August. The other eight have lived in the region for a while. Those include two people born and raised here, who both lost their housing in the past year and a half.

What the limited survey data says

Two 2017 “point in time” homeless counts found that the majority of people experiencing homelessness in Cowichan had lived in the area for at least a couple of years.

“The August 2017 count also revealed that 30 out of 89 (34 per cent) people surveyed who were considered absolutely homeless had moved to the Cowichan Valley within the previous two years. This included eight who had arrived from Victoria, four from Kelowna, three from Nanaimo, two each from Port Alberni and Ontario, and one each from Campbell River, Williams Lake, Vancouver, Surrey, Chilliwack and Manitoba.”

The February 2017 count, which looked just at the Duncan/North Cowichan core area, showed that 32 percent of the 73 people found to be absolutely homeless had been living in Duncan for less than a year. This included eight people who had arrived in the previous week.

Next month, Cowichan will participate for the first time in Everyone Counts 2020, a “point in time” survey of the homeless population in communities across Canada. The Cowichan Housing Association will lead the local count over a 24-hour period on March 11 and 12.

The association will distribute a housing needs questionnaire at emergency shelters, will host an event at the Cowichan Valley Independent Living Resource Centre featuring a hot meal and a range of free services, and will conduct a street count in various parts of the region. If you are interested in volunteering to help with the street census, please contact the CHA.

The Homelessness Services Association of BC expects to release a report on the results of the counts in the province in October 2020. In the meantime, I will continue to ask people living on our streets for their stories, one at a time. Stay tuned! And please send me your questions and feedback.

How can we tell better stories about homelessness?