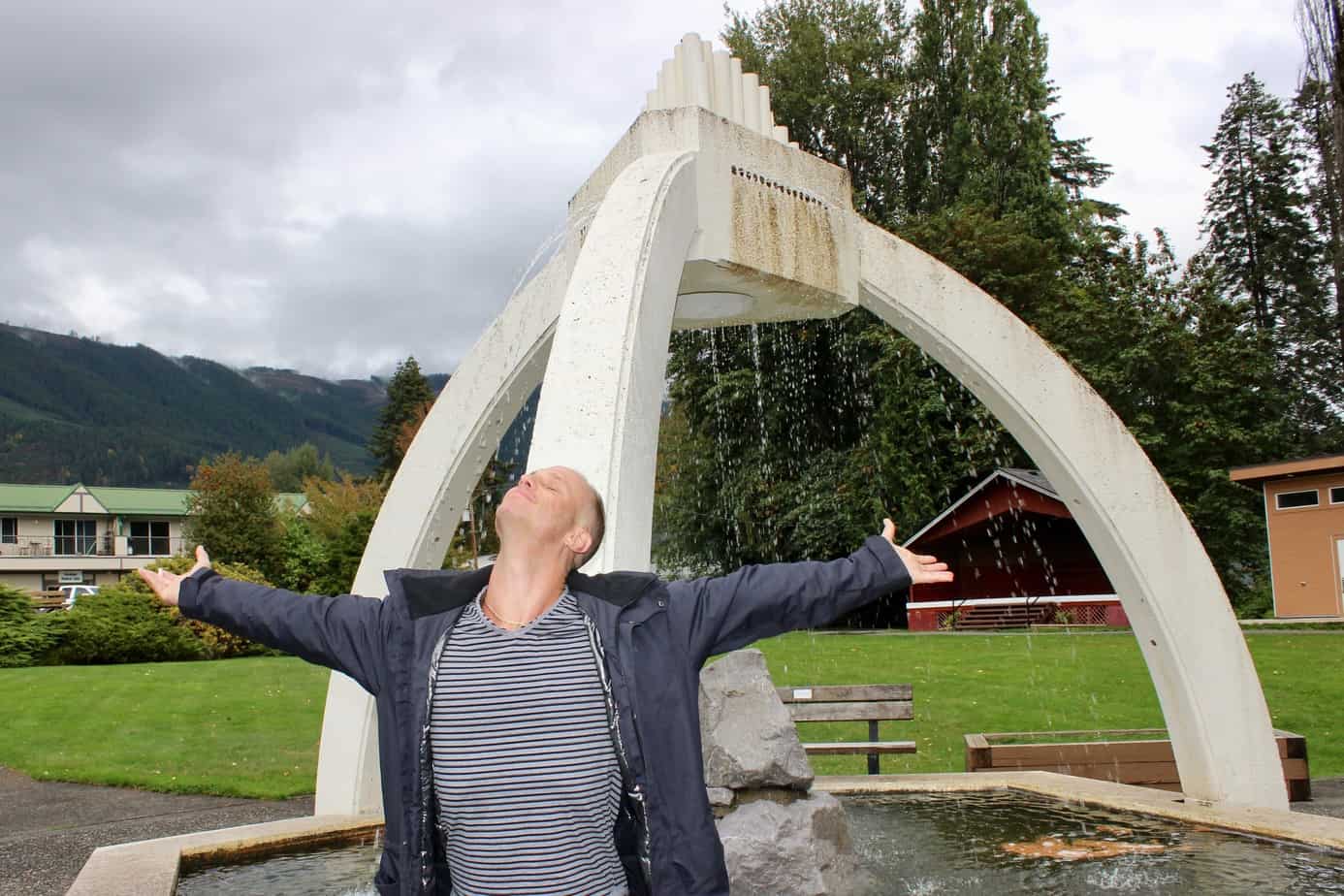 Mark Edwards says many of his fondest memories are tied to Cowichan’s water. He remembers the rite of passage of jumping off Lake Cowichan’s car bridge into the water below, and how good it still feels to swim in it. Jacqueline Ronson/The Discourse
Cowichan Valley

Who pays for Cowichan water?

It’s why we live here. No wonder the Cowichan Valley Regional District’s referendum on water is bringing up big questions.
Jacqueline Ronson
Support this work. Tell a friend.

It’s not a stretch to say that people in the Cowichan Valley really care about our water. We love drinking it, playing on it, swimming in it, and even just looking at it.

I first met Mark Edwards, 32, when he sold me a car. I asked him for an interview as part of a series I’m doing to better get to know the Cowichan Valley and its people. Mark grew up in Lake Cowichan and recently moved back to pursue nursing school. When I asked him to suggest a spot to meet that meant something to him, he picked his home town’s Central Park, by the fountain, near where the car bridge crosses the Cowichan River.

Mark, like so many of us, feels at home when he’s close to the water.

I asked Mark if he has a question about water management in the Cowichan Valley and the upcoming referendum on watershed protection. He asked this:

“Why are we supplying Crofton and everywhere else with that aqueduct? And how much are they paying for our water to do that? Because I feel maybe they should be paying even the fisheries—Fisheries and Oceans—some money. Because they’re taking away from that and they’re draining our lake.”

There’s a lot going on with this question, so bear with me. Here’s some of what I can tell you:

I’ll add that the upcoming CVRD referendum on water wouldn’t give the CVRD any power to step on the B.C. government’s toes when it come to managing water licences. The CVRD wants to use the money—with a cap of $750,000 a year, paid for by a property tax increase—to identify where in the regional district there is a risk of having not enough water (or polluted water) and tackle problem areas before they become crises..

Know of an event that should be featured here? Send me an email.