Ground-level support staff estimate the the number of people living in the streets of Nanaimo is 600 and growing. Julie Chadwick/The Discourse
Nanaimo

Lack of housing and homelessness a major concern in downtown Nanaimo

Here’s the backstory and what candidates say is the way forward.
Julie Chadwick October 16, 2020
Support this work. Tell a friend.

This story is part of our ongoing series on homelessness, housing and mental health in downtown Nanaimo. Sign up to receive updates on our pop-up coverage.

When the more than 40 volunteers from the various community and service agencies with the Nanaimo Homeless Coalition (NHC) hit the streets in March of 2020 to undertake a homeless count, they noticed a disturbing trend.

Within four years, the numbers of people living on the streets in Nanaimo had risen from an estimated 174 people recorded in 2016, to 433. And ground-level support staff estimate the actual number is closer to 600 and growing.

It was two years ago, in March of 2018, when homeless residents and advocates organized a housing protest on the front lawn of city hall to call attention to both the city’s homeless problem and to  council’s rejection of a proposal to bring a 44-unit supportive housing development to the south end.

Two months later, the same group took over an empty industrial lot near Port Place Mall downtown to set up an encampment that was later dubbed “Discontent City”. It soon grew to be the largest tent city in the province, with an estimated 350 campers, though it was dismantled by a B.C. Supreme Court order later that year.

“Homelessness is growing at such an alarming rate in recent years,” says Dave LaBerge, manager of bylaw services for the city, and who also formerly co-chaired the homeless count. “You couple that with the opioid crisis and now COVID and the economic impacts there… it’s just becoming more and more of an insurmountable challenge.”

Currently, the largest encampment is in the Wesley street area. Officials estimate that there are between 50 to 75 people living there.

“I have as much right to be here as anybody else,”says Jen McMillan, who came to the Wesley Street encampment after living in the Labieux Road supportive housing for several months.

She says what people need first and foremost is housing.

“Because where do you go when you finish detox?” she says. “When folks go into a 90-day program or whatever, they spend so much of that time worried about housing that they can’t focus on getting better.”

LaBerge says that in order to maintain sanitation, bylaw services go down every day between 8 and 9 am and ask people to decamp while they sweep the street and facilitate waste and garbage removal. It can sometimes take up to four or five hours and consists of multiple truckloads daily.

“It’s costing a whole lot of money to kick us out of here. There’s probably ten bylaw officers and cops down here for three hours a day. That easily could be doing something else. That money’s got to come from somewhere. That probably pays enough to provide some housing for half the people here,” says McMillan.

“I can’t give you a number day to day,” on what the daily cleanup effort costs, says LaBerge, who adds that they permit people to stay in the area as long as they allow space for cleanup efforts, which is more of a compromise than they are required to do by law.

He says it is the province that is mandated to provide housing, not municipalities. “I think the community would prefer that municipal resources be used to provide traditional local services including roads, water, sewer, parks and community services.”

On Sept. 15 the province announced that it is working with the City of Nanaimo to open B.C.’s second navigation centre to “to provide accommodation and supports for people experiencing long-term homelessness.” The centre will have approximately 60 beds.

Just a few days later, on Sept. 20, the province also announced that Nanimo would be getting one of the six new Assertive Community Treatment teams, which will focus on “delivering community-based mental health services for people with serious challenges.”

How did we get here?

In Nanaimo, the number of people without homes has increased by an estimated 200 to 300 per cent in the last four years.

At the same time, housing prices in the city have increased dramatically — a 14 per cent increase in 2016, 16 per cent increase in 2017, and continue to grow. Rental prices have followed suit, and in 2019 the price of an average one bedroom rental unit increased by eight per cent. The most-cited barriers to seeking housing are low incomes and high rents, and vacancy rates also hover around two per cent, which means anyone with barriers to renting faces an uphill battle.

“Our percentage of people actually sleeping rough and on the streets is much higher than pretty much everybody else on the national committees I’m sitting on,” said Signy Madden, executive director of United Way Central and Northern Vancouver Island, in NHC’s presentation to city council on Sept. 28. “So our conditions are different than other communities.”

Nanaimo is unusual in that a lack of shelter spaces means the percent of people experiencing homelessness who are sleeping completely unsheltered or in places not fit for human habitation is far higher than anywhere else. Nanaimo sits at 61 per cent who are sleeping rough; by comparison, in 2018 only 15 per cent of Victoria’s homeless reported they were.

“There’s just old ways of looking at things that have clearly not been effective so let’s use evidence-based research and do what works. We know what works,” says McMillan, who cites a scattered site, housing-first approach. This means getting people into their own independent housing as a priority, in sites that are scattered throughout the community rather than just in one neighbourhood or area.

“Offer people support but don’t force it down their throats. Except for maybe the worst of the worst cases,” she adds, referring to those struggling with mental illness.

Nanaimo is not alone. Other Island municipalities from Parksville to Cowichan have grappled with their own challenges as soaring rental and construction costs, economic fallout from COVID-19, and contaminated and criminalized drug supplies continue to affect people from all income levels across the province.

As we head into the provincial election, many Nanaimo residents have flagged the issue as a top concern and want to know what will be done to address a situation that Mayor Leonard Krog has recently described as a mental health and addictions crisis.

During the party leaders debate on Oct. 13, B.C. Liberal leader Andrew Wilkinson pressed Horgan again on what he described as a failed policy of buying “run-down” hotels and motels to shelter the homeless, on the acceptability of tent cities, and why people with mental illnesses were not getting the treatment they need.

Horgan responded that homelessness had been increasing for a long time, and had grown by 30 per cent (in Metro Vancouver) between 2014 and 2017. He added that the system they were dealing with had been torn down under the Liberals’ watch over decades, not weeks.

The B.C. Greens have earmarked $500 million for a rental support program that will offer grants to those with low and moderate incomes who pay more than 30 per cent of their income in rent, said B.C. Green Party leader Sonia Furstenau in a statement to The Discourse.

In a press release issued Oct. 13, the Liberals pledged “an end to tent cities” and offered “more supports for people experiencing homelessness.” Their platform does not specify how this would be accomplished, though it outlines a series of measures to increase affordable housing through tax incentives. They also promised more police, mental health professionals and prosecutors to address the issue of community safety.

The NDP have targeted housing by offering 114,000 affordable rental, non-profit and co-op housing units over 10 years. Construction on more than 25,000 affordable homes have either begun or are already completed, said Sheila Malcolmsen, BC NDP candidate for Nanaimo. A $400 rent rebate and a rent freeze, in effect until 2021, was also recently announced.

Locally, the Nanaimo Affordable Housing Strategy, adopted by council last year, also set a target for the development of hundreds of new housing units to address a variety of needs from affordable to supportive housing by 2028.

This goal was boosted when a proposal for more than 300 new homes located in sites around the city was announced by the province in July. Three sites will offer 125 units of affordable low to moderate income rental housing, and four supportive housing developments with 190 units will be for people who are currently homeless or at risk of experiencing it. 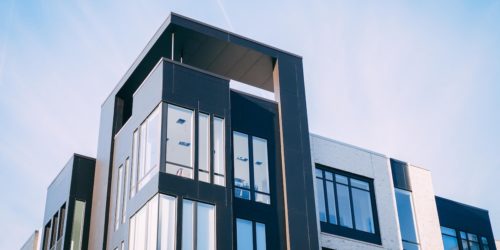 What will Nanaimo candidates do to ensure affordable housing for all? 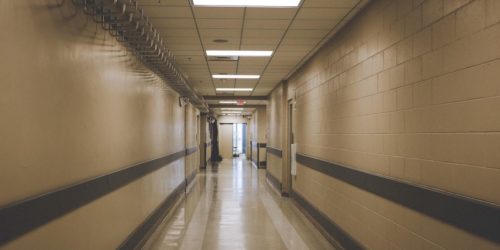