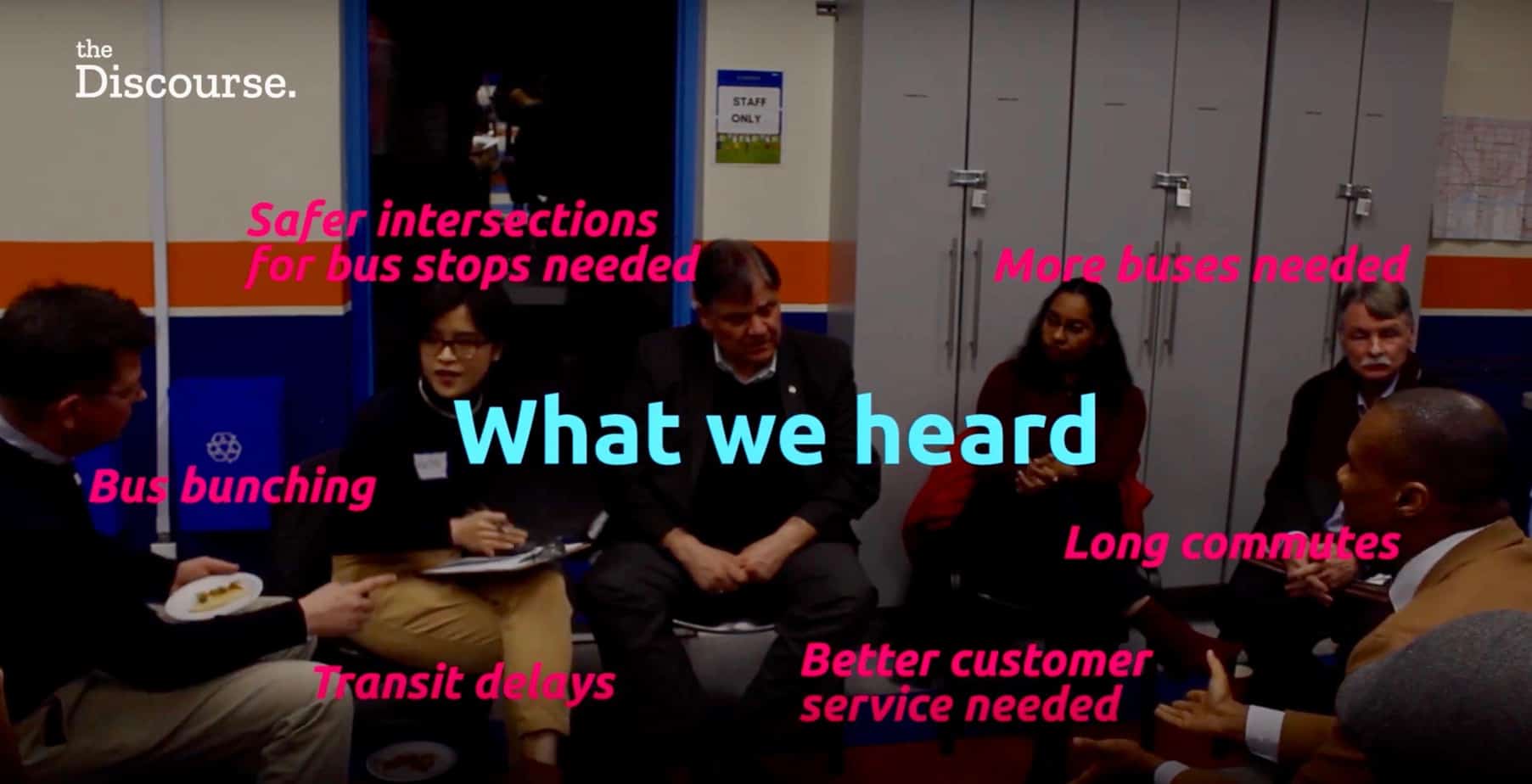 Attendees took issue with bus bunching, transit delays and long commutes, while they called for safer intersections for bus stops, more buses in Scarborough in general and better customer service from TTC employees.

“I use all modes of transit — I drive, I ride my bike, I use transit. Sometimes I ride my bike and…I can get to Union Station faster by bike than I can by taking the TTC. So, that’s an issue with the surface routes, the reliability of getting a bus on time. It’s an issue with transfers…waiting for Line 2, waiting for Line 1,” said resident and Story Circle attendee Michael Manu.

Although our goal for the Story Circle was to encourage attendees to discuss transit issues beyond the LRT versus subway debate, it inevitably came up, resulting in a few heated exchanges.

Watch the video, above, to see all the action.

This video is part of our ongoing coverage of Scarborough. Sign up here to subscribe to our weekly newsletter.