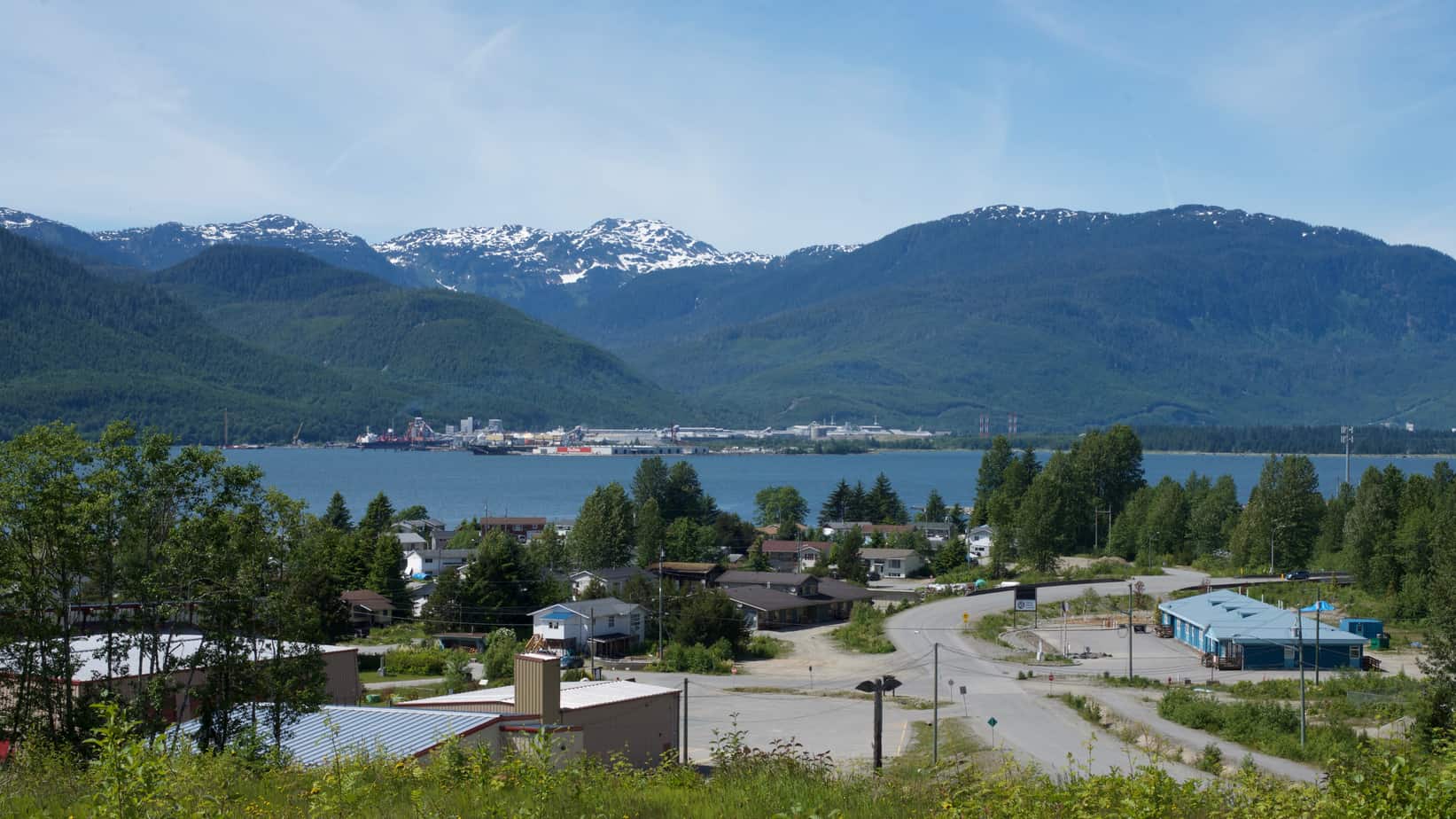 The fight for clean air in B.C.’s Kitimat Valley

Kitimat, located in northern B.C., nestled among pristine waterways and forests, should conjure images of clean, crisp, natural surrounds, including the air. But, since the Rio Tinto Alcan (RTA) aluminum smelter in Kitimat was permitted to increase its sulfur dioxide (SO2) emissions by 56 per cent in 2013, the question of air quality has been on a lot of people’s minds.

SO2 is a waste product from burning fossil fuels and other industrial activities. It’s emitted during conventional aluminum smelting — the process of extracting aluminium. It’s a colourless gas with a pungent odour that smells like a burnt match.

In 2013, when RTA initiated a modernization project to bring the smelter into the 21st century, it was welcome news for the community hit by economic hardship. Thousands of workers were brought in, housing prices skyrocketed and the community experienced an up swing in the local economy. What started as an exciting economic opportunity has turned into a fight over air.

“Going on six years ago Rio Tinto put out a notice that they were going to have a consultation about the Kitimat modernization,” says Lis Stannus, a local teacher and a resident of Kitimat for more than 20 years.

“Everyone was pretty pumped about the modernization. It was supposed to be a green facility, modern technology, smaller footprints,” says Stannus. But then, she says, they found it was an application for a consultation meeting to substantially increase sulphur dioxide in the community. “When we found out the reason for the notice, we were very disappointed.”

RTA held community consultations with residents of the Kitimat-Terrace airshed following their request to increase SO2 emissions. Despite concerns from both communities, the ministry of environment approved and permitted an increase of SO2 output from 27 tonnes per day to 42 tonnes per day.

Stannus and her colleague, Emily Toews, challenged the approval of the permit, as well as the Environmental Effects Monitoring Plan (EEMP), through the B.C. Environmental Appeals Board in 2013. They prodded the provincial government about why the increase in SO2 was approved without requiring RTA to install saltwater scrubbers, a process in which the sulphur dioxide emissions are reduced or from the facilities outflow. This is an issue that others are concerned about too.

“I don’t understand why? When you spend that kind of money to modernize the facility, why they wouldn’t just take that extra step and put in the scrubbers? It’s foolish,” says Rose Lee, a former teacher who moved away from Kitimat after 25 years due to air quality concerns.

“Once Rio Tinto took over, they’re an international company, they don’t give two hoots. It really changed, it changed the whole fabric of the town.”

According to most recent data published by RTA, the majority of the harmful greenhouse gas (GHG) emissions from the facility have been drastically reduced since the modernization. All except for sulphur dioxide.

Stannus has been fighting the SO2 increase permit for more than five years now. Although she finds it frustrating and exhausting, she feels it’s important to stand up for people’s rights when it comes to health and the environment.

“From that moment in April 2013, we’re still fighting that permit in some shape or form,” says Stannus. “The appeal for the permit itself was heard in 2015 and we lost that case. I find it upsetting that Rio Tinto is a large corporation and they’re going to make a lot of money and a lot of that money is not going to stay in this town. People benefit from this, but on the other hand, the local people, their rights are being stomped on.”

Although they lost the original case trying to overturn the SO2 increase permit, Toews and Stannus aren’t finished yet. They’re now focused more on the environmental and health monitoring issues. Even the local Union, Unifor 2301, has launched their own challenge of the increased SO2 and monitoring plan, citing the potential impacts on the RTA workers they represent.

Both cases are still slowly making their way through the courts, scheduled to be heard in the spring of 2019. Chris Tollefson, legal council representing Stannus, says essentially the case will boil down to a Charter challenge.

“The legal landscape going forward is complicated,” Tollefson explains. “Initially we have to argue this in front of the Environmental Appeal Board about the scientific and technical adequacy of the Environmental Management Plan, the monitoring solutions and data collection.

“We’ll also be arguing the larger Constitutional question, which is: Did the ministry err in signing off on the project to emit these harmful toxins into the air when the Charter says that all citizens have the right for their health to be protected by their government?” Tollefson adds. “And we would say the Charter here has been infringed because government has not taken adequate steps to recognize and to protect citizens’ health.”

Rose Lee and her husband spent 25 years living in Kitimat. They had serious concerns about the health of the airshed, so once their daughter left for school in 2013, they decided to sell their house and move to Vancouver Island. They didn’t want their daughter coming back to Kitimat.

“As a teacher, what I started to notice, with our shrinking population, was more and more health issues in some of my students and that concerned me,” Lee says. “We left Kitimat because we didn’t want our daughter coming back. And we definitely did not want her to have a baby in Kitimat because we were concerned with what we saw.”

Lee is not alone in her concerns. Following the increase in SO2 emission, Stannus, along with several of her neighbours also concerned with the health impacts of increased SO2, started a local advocacy group, the Kitimat Terrace Clean Air Coalition.

Their main concern is how the monitoring of the sulphur dioxide is conducted and what the long-term impacts to Kitimatians’ health will be. According to the Public Health Services Authority, Kitimatians, already had a 60 per cent higher risk of getting asthma than the rest of the province in 2013. But the studies are limited and what causes these high rates of respiratory illnesses is uncertain.

Dr. David Bowring, former chief medical officer for Northern Health, says he’s concerned about the SO2 levels because it’s common for people in the north to have other respiratory health issues.

“The smoking rates in the north have always been higher than the average in B.C.,” he says. “The use of wood heating and the smoke that leaks back into houses. And then there’s the industrial component. From the poor data that is available, [it] suggests that people in that area already have somewhat of a higher risk of having respiratory problems. This is before we start talking about SO2 or anything else added to the airshed.”

The B.C. Ministry of Environment maintains that their monitoring programs ensure the levels of sulphur dioxide released into the airshed are well below the threshold to impact human health.

“Under the SO2 Environmental Effects Monitoring Program, human health is monitored through the human health key performance indicator (KPI),” David Karn, Senior Public Affair Officer for the Ministry of Environment wrote in an email.

“It is defined as the hourly B.C. Air Quality Objective (AQO) for SO2, and is determined from continuous measurements of ambient SO2 at three residential stations in the Kitimat Valley: Whitesail, Riverlodge, and Haisla Village. To date, SO2 levels have remained well below the threshold, above which SO2 mitigation may be required.”

But for Dr. Bowring and Stannus, there are too many unknowns. They say more thorough investigations of the health impacts associated with SO2 and other industrial pollution in the Kitimat airshed are needed before their faith in government monitoring is restored.

“What they’re doing is monitoring it on selected sites on the ground and as long as there isn’t something precipitating it down and the winds are blowing the way they’re supposed to, the levels may be relatively low,” says Dr. Bowring. “But nobody really knows.”

“If we have anything in the north that’s world-class that people around the world would kill for, it’s really clean air,” he adds. “So to trade that off and treat the airshed like it was essentially a sewer, let’s see just how much we can put into it before we can prove that people are getting sick. It’s really not smart. It’s actually kind of insane.”

Rio Tinto, along with the B.C. Ministry of Environment, say that they continue to keep close tabs on the amount of SO2 in the Kitimat airshed and maintain that they can mitigate the situation through monitoring stations to ensure there are no adverse effects to the community. And if adverse effects are ever found, the current RTA permit could be scaled back to lower SO2 emission levels.

RTA recently established an Air Quality Health Index (AQHI) in Kitimat to better inform the public about airshed monitoring. RTA insists dispersing the SO2 into the airshed is the best way to manage those emissions.

“Prior to making a decision on how to manage SO2 emissions, Rio Tinto conducted 18 months of studies on options of managing SO2 with experts from around the world,” Kevin Dobbin, RTA BC Works Communications Manager, wrote in an email. Adding that through scientific modelling RTA found that dispersing sulphur dioxide into the air was the best way to minimize the impact to the community.

But that is doing little to reassure Stannus and her neighbours that the air they breath, over the long-term, is not toxic and hopes that once her case is back in court the government and Rio Tinto will genuinely acknowledge their concerns.

“I feel disrespected by Rio Tinto, and I hope that somehow we get resolution with this company,” says Stannus. “My hope is they start listening to us and say, ‘Yeah, the people are right. Let’s make sure things are the best they can be instead of this fight.’ There seems to be no acknowledgement that people have genuine concerns about health.”

“My hope is government gets back on track with balancing the rights of people with industry, and puts people first. I do want people to have jobs, but I don’t want it to be at any cost. We want the best quality of life possible here, just like anybody would want in British Columbia.”

Daniel Mesec is one of The Discourse’s local news fellows. This article was co-published with Northword Magazine If you have any questions or ideas to help Dan with his reporting, connect with him on Facebook or email him at danielmesec@gmail.com.

This piece was edited by Lindsay Sample with copy-editing and fact-checking by Francesca Fionda and Jonathan von Ofenheim. 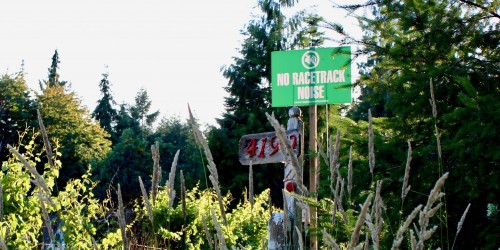 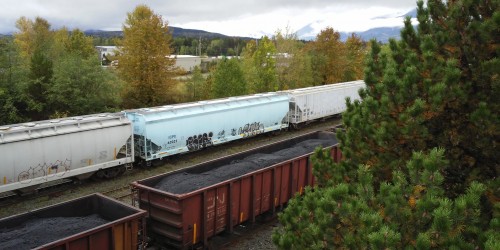 Making sense of the economy in Northwest B.C.