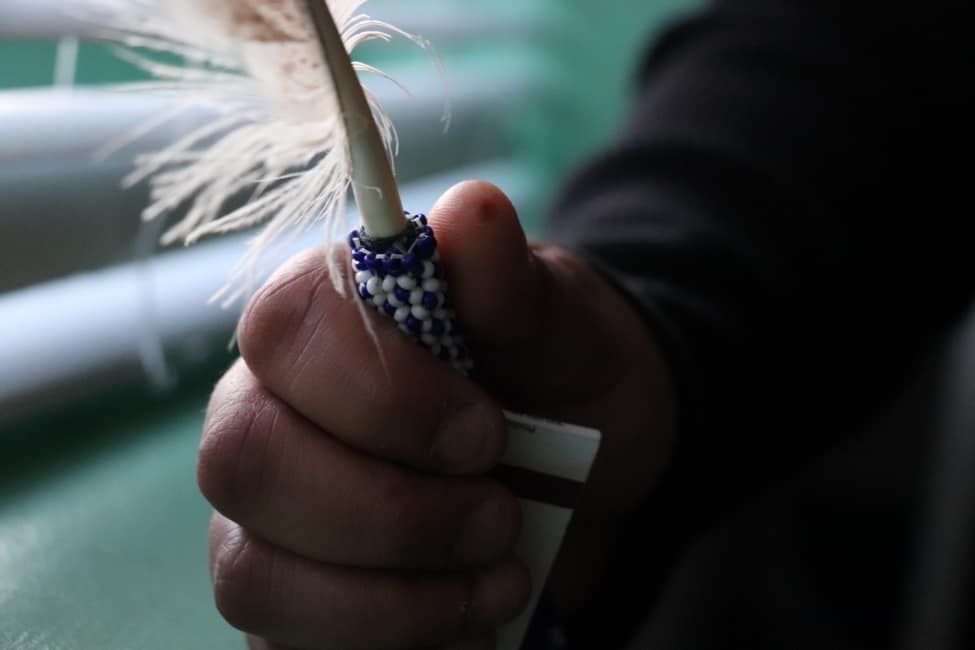 Last week I got a call from “Justine,” the Siksika mom whose child-protection trial I’ve been covering since it began in March 2018.

“I won!” she said. Only she wasn’t talking about her trial.

She was talking about the human rights complaint she filed against the Vancouver Aboriginal Child and Family Services Society, whose social workers apprehended her kids in 2016. Justine (whose real name we’re withholding to protect her children) has been fighting to get her four girls out of care ever since.

In August 2017, seven months before her child-protection trial began in provincial court, Justine filed a complaint with the B.C. Human Rights Tribunal, alleging that VACFSS discriminated against her based on her race, ancestry, colour, and mental disability.

Nearly three years later and after many submissions from both sides, the tribunal decided on April 30 that Justine’s case warrants a hearing.

This means she’ll get a chance to prove her allegation to the tribunal that the agency that removed her children acted with bias towards her as a Black and Indigenous mother living with intergenerational residential school trauma.

According to the tribunal’s decision to schedule the hearing, Justine alleges that VACFSS’s decisions to “deny her custody and restrict her access to her children are based, in part, on stereotypical and prejudicial assumptions about her ability to care for the children in light of her Indigeneity and mental health.”

She further alleges that VACFSS — one of 24 Delegated Aboriginal Agencies in the province — used her perceived intergenerational trauma as reason for “putting up barriers to her getting her children back into her care.”

VACFSS denies the allegations and, according to the tribunal’s decision, says it “has acted within the scope of its authority under the Child, Family and Community Service Act and made decisions consistent with the best interests of the children.”

That the tribunal even agreed to hear her case is “groundbreaking,” says lawyer Aleem Bharmal, who is representing Justine in this case.

“It could open the door to similar legal challenges and, potentially, a group action,” he says. “Because we know that, as the decision points out, there is a gross overrepresentation of Indigenous people in the child apprehension system.”

The tribunal — whose decision to hear the case took “notice of the notorious overrepresentation of Indigenous children in foster care” — will meet with both parties at the beginning of June to set a date for the public hearing. Bharmal figures it will be set for sometime towards the end of this year or early next.

Since Judge Lyndsay Smith, Justine and the Ministry of Children and Family Development agreed last month to move from an adversarial court process to a more collaborative family case conference — inspired by the Aboriginal Family Healing Court pilot project — I haven’t been able to bear witness because case conferences are confidential and not open to the public.

But according to Justine’s lawyer, Carrie Humchitt, after the conference both parties reached an agreement with respect to Justine’s three youngest children. I’m still confirming the details of this agreement and I look forward to publishing an update soon.

I’d love to hear what you think of my coverage of Justine’s case to date. Email brielle@thediscourse.ca.

What Quanah Style loves most about her Indigenous community is the laughter and the sense of humour she shares with those around her.

“I think that Indigenous people, and what I’ve always loved about being Native, and growing up around all of my Aunties and everybody is very funny. Like, I feel like our culture is very funny,” she says.

She says the Indigenous women in her life have particularly “big, strong laughs.”

“When we’re all together, I feel like we all laugh louder when we’re together,” she says. “When loud Indigenous women get together we laugh loud. I think that’s one of my favourite things.”

Quanah, a two-spirit trans Cree woman and recording artist, grew up in Moberly Lake in northern B.C. Her story will be featured in an upcoming Telus Storyhive project, in a documentary called Dance With Me, where she will share her journey of learning to jingle dress dance.

“Like I remember running around powwows and just loving it. But when I was a little boy I used to dance — there’s guys’ dances and girls’ dances — so I used to dance grass and I always wanted to dance jingle. So when nobody was home, I would put on my sister’s jingle dress,” she says. “So now in my adult life, I am learning to jingle dress dance.”

For Quanah, learning to jingle dress dance is an opportunity for her to connect with and share her Cree culture in a way she always wanted to.