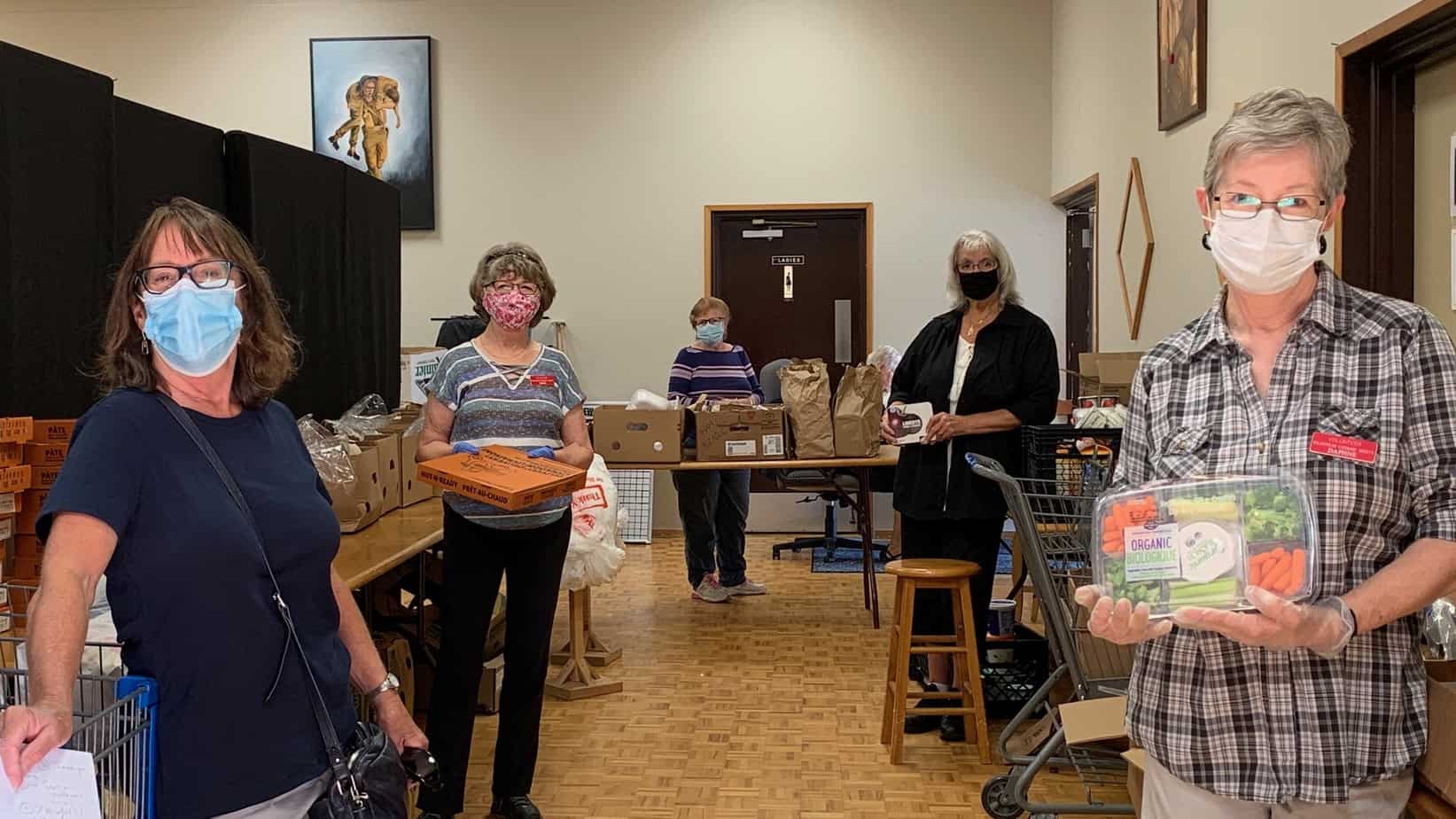 Shelves are stocked at the Goldstream Food Bank, for now

The shelves at the Goldstream Food Bank are more full than typical for this time of year. Gayle Ireland, the food bank’s president, attributes the bounty to an outpouring of donations during the COVID-19 pandemic.

“Over the summer and into September, our shelves would be empty,” Ireland said. “This pandemic has snapped people into action and everybody has been so wonderful.”

She said the food bank has seen fewer clients than a normal summer, too, noting that some are collecting Canada Emergency Response Benefit (CERB) payments, which make it possible for them to buy food.

Related: How Cowichan groups pulled together to feed the community during COVID-19

Those who are still collecting hampers from the food bank are mostly people who had been working and had their hours cut or were laid off, according to Ireland.

“These are people that are working challenged,” Ireland said.

One of the Goldstream Food Bank’s clients, Sarah Sullivan, was at the food bank earlier this month collecting a hamper in order to save money for rent. Sullivan is a metal fabricator studying to receive her Red Seal certification. She has been collecting CERB payments and was overpaid when the program began. She said she expects her next payment will amount to zero dollars because of the overpayments, despite still not having a job.

“So I’ve got food at least and am hoping, the cheque following, I’ll get some [money for] rent,” Sullivan said.

She said she’s taking things day by day and trying to not be overwhelmed by the situation.

The federal government announced last week that it will transition the CERB program into new benefits in September. Ireland said she’s expecting an uptick in clients as government support decreases. She wants people to know the food bank is open and ready to help.