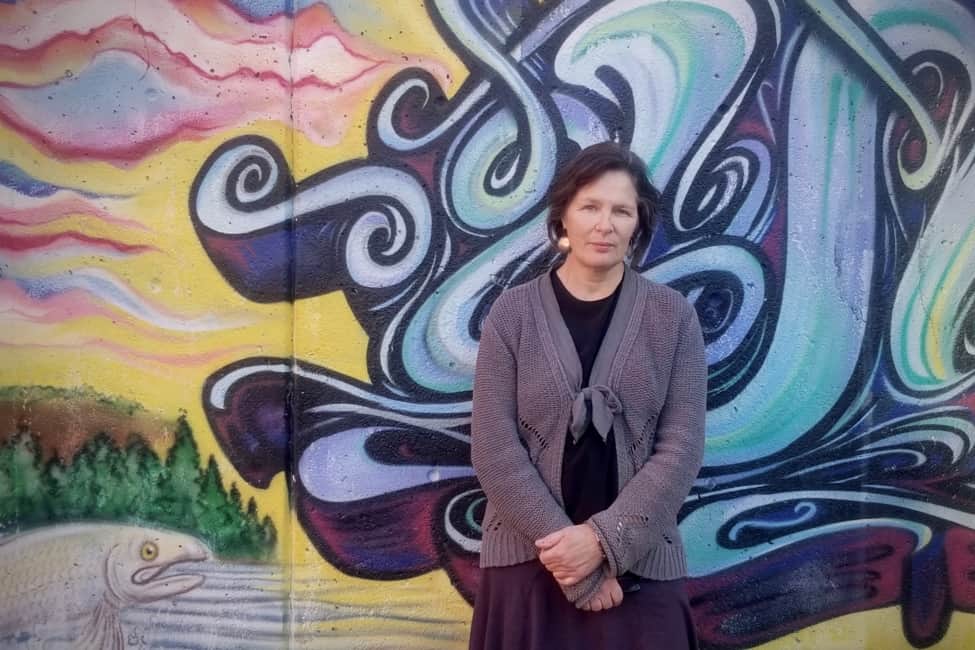 “It was quite the turmoil,” Jan MacKirdy says of her three-month search for a rental. “David Minkow/The Discourse Cowichan

Housing in Cowichan is becoming less affordable and less available

Residents struggle as it gets more expensive to live here.

Until recently, long-time Cowichan resident Jan MacKirdy felt that she was leading a secure life. But that all changed this summer when she was evicted from the place in Westholme where she had been residing the past 10 years. Despite  references, a lot of local connections, and a steady job as manager of Ceres Edible Landscaping, the 59-year-old couldn’t find anything for her and her dog to rent.

“I’ve always been aware that we have a housing crisis in Cowichan. It really came home when I tried to find something, just anything.” MacKirdy recalled. “At one point, I thought I was going to have to have my dog put down, I just couldn’t find anybody willing to take me and my dog.”

Looking for a rental became “like a second job” says MacKirdy. She says she developed insomnia from all the stress. For three months,  she would be up in the middle of the night to continue scrolling through the latest online housing ads. Finally, one early morning, she saw a short-term rental in her price range. “It was a new listing and man, I was on it. I pretty well sight unseen, if you’ll accept my dog, I’ll take it.”

In October, MacKirdy moved into the approximately 450-square foot rustic cottage in Genoa Bay. Her rent is $850 plus hydro, and she is paying $300 per month for a storage unit because the cottage came furnished. Unfortunately, the cottage is only available until the end of May, so she’s already on the lookout for another dog-friendly rental.

“I thought I was doing all right, and the rug has been dragged out from underneath me. It leaves you in that place at this age of ‘what the hell am I going to do?’”

The housing woes experienced by MacKirdy are becoming increasingly common in Cowichan.

From 2013 to 2018, the vacancy rate for rentals in the central part of the region (including North Cowichan, City of Duncan, and Cowichan Bay) fell from 8.6 per cent all the way down to 0.2 per cent.

Michelle Staples, is the executive director of the non-profit Social Planning Cowichan and also the mayor of the city of Duncan. Speaking on behalf of Social Planning Cowichan, she says that for the past couple of years they keep hearing local residents talk about how expensive things have gotten. “Those are conversations you hear pretty much anywhere you go in the Valley now,” she says.

Cost to buy is going up

The increasing costs of homes here is impacting renters too. The average monthly rent in the Cowichan Valley was $940 according to the 2016 census. By 2018, the Cowichan Housing Association reported that the average price for a rental  had jumped to more than $1,200.

As housing costs go up, it costs more for people to live here. In 2018, for a family of four to meet basic needs they’d need two people to earn an average of $23.33 per hour, according to calculations done by the Social Planning Cowichan. That’s well above the minimum wage, which is $13.85 per hour. And it represents a 22.5 per cent increase from 2017, when the living wage in Cowichan was $19.05 per hour.

Part of the increase is because Social Planning Cowichan incorporated rising rental prices into their calculation of our region’s 2018 living wage.

Staples says that going forward, Social Planning Cowichan is sending out a survey to residents and will spend three months tracking the expenses of a few sample families to make sure the living wage reflects what it actually costs to live here. The results will be announced in early 2020.

The fact that wages aren’t keeping pace with rental prices is causing problems for local businesses, according to Ian Locke, executive director of the Downtown Duncan Business Improvement Association. “Right now, our biggest challenge aside from crime and vagrancy, is hiring staff,” Locke says.

“It’s not the amount of jobs available that’s the problem, but it’s the quality of those jobs,” Locke adds. “The attitude of the younger people I’ve talked to is ‘‘why would I leave my current job to get another job that still won’t pay the rent.’ Housing is a big thing. It’s a challenge for every young person I know.”

Gap between rich and poor is widening

“As the cost of goods and services and rents and everything goes up, some people are impacted way more than others,” says John Horn, executive director of the Cowichan Housing Association.

“Utility bills and the cost of electricity is just one of those factors when you have enough money you don’t pay attention to, but for some people it’s a killer,” explains Horn. ”Every time the hydro rate goes up, it puts a bunch of people in jeopardy.”

According to the 2018 Child Poverty Report Card, Duncan had the second-highest child poverty rate among the BC’s 26 urban areas, with 30 per cent of children living in poverty. The rate in the overall Cowichan region was 26.5 per cent.

There is a growing gap between wealthy and poor in the region. According to the most recent data in the 2016 census, the median family income in Cowichan was $70,561. But almost half, 47.3 per cent, of Cowichan residents earned less than $30,000 that year.

“If there are affordable home ownership options out there, then people who are currently in rental units can move up into home ownership, “ explains Horn. “Folks who normally would be moving out of those apartments and taking up homes aren’t so there is a bit of a stop at the top end of the market and that has a knock-on effect all the way down.”

One recent piece of good news, Horn says, is BC Housing’s announcement on Nov. 25, 2019 that a 30-unit facility for women and their children fleeing violence will be built in the area and run by the Cowichan Women Against Violence Society. He explains that it will be the first time that second stage affordable housing will be available in the region for that cohort.

They are one of the priority groups in need of affordable housing identified in the Cowichan Attainable Housing Strategy report released in April, Horn says. Families, low- and moderate-income individuals including seniors, people with disabilities, people experiencing homelessness, indigenous people, and individuals with mental health or addiction issues including youth are the other priority groups listed in the CHA report.

According to Horn, the economics of development make it tough to create new rental housing that is affordable without some sort of government subsidy. He says that is why it was so important that last fall, voters passed an initiative to create a CVRD Regional Housing Service to address affordable housing and homelessness.

On Wednesday December 4, the Cowichan Housing Association is hosting an information session for non-profits interested in assisting with the development of affordable housing projects. CHA staff will explain the funding available through the Regional Housing Service as well as the Housing Trust Fund.

These funding streams will speed up the construction of much-needed rental stock, Horn says. But he adds that it still won’t happen overnight and some projects may take several years to complete. “If you’re a person looking for a place to live, that’s an awful long time.”