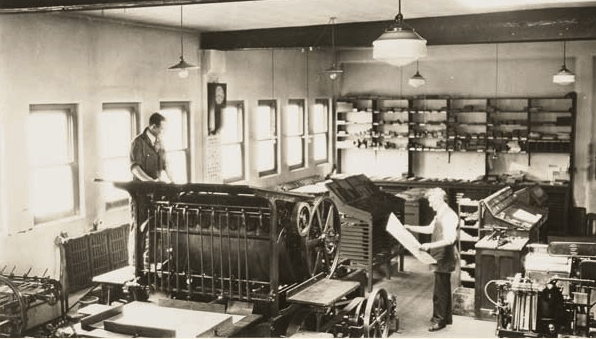 How the Cowichan Valley is rebuilding its local news and democracy

A group of citizens is forging a new path for local journalism in the wake of newspaper closures — and inspiring journalists across Canada.
Erin Millar
Support this work. Tell a friend.

Last week, The Discourse Cowichan launched its end-of-year campaign, asking its audience to support independent, in-depth journalism by voluntarily chipping in a few dollars every month.

In response, an early supporter Ann Andersen wrote an email urging her friends to contribute: “I hardly ever forward this kind of stuff…but this is important,” she started. “I recognize the impact The Discourse Cowichan is having on the local news scene. We need this kind of reporting in the Cowichan Region. Perhaps you think so, too.”

I teared up when reporter Jacqueline Ronson, who leads the small scrappy team in Cowichan, forwarded me Ann’s email. Why? Ann spent decades as a journalist reporting for The Cowichan News Leader Pictorial, providing vital news to a region. When Black Press and Glacier Media swapped and then closed dozens of newspapers across B.C. in 2014, the News Leader was among the victims of the deal.

“Before the paper closed a few years ago, I was looking forward to celebrating the 50th anniversary of my initial employment with them in 1970,” Ann wrote in her email. “Their demise left a gap in local news.”

Her support meant so much to me because it captures both the huge problem The Discourse is dedicated to solving — the fact that in-depth local news in Canada is nearly extinct — and why The Discourse Cowichan gives me so much hope.

Ann and Jacqueline are part of a group of citizens not only rebuilding their own local news and democracy but also inspiring journalists across Canada.

How The Discourse ended up in Cowichan

The Discourse wasn’t always dedicated to local news. I founded The Discourse in 2014 because as a journalist working at mainstream national news outlets like The Globe and Mail and Maclean’s, I was frustrated. Too often I was pressured to produce sensational articles to grab people’s attention rather than provide them real value.

We’ve grown into a small team that produces award-winning investigative and data journalism driven by the pursuit of truth and positive change. Read about the 10 principles that guide our editorial and business decisions here.

While we initially focused on national reporting, we quickly learned something: many critically important stories happening outside the big cities in Canada are not being investigated. Small towns deserve investigative journalism too. And all those stories couldn’t be told properly by urban-based reporters parachuting into town once in a while.

That’s why, two years ago, we began developing a sustainable model for in-depth local news. The Cowichan Valley was one of the first communities we started experimenting in. After the region lost the News Leader, there was literally no competition for Black Press’ newspapers. The quality and depth of news was poor.

Our first step was to hire Jacqueline for a short-term contract. She had moved there from Whitehorse a couple of years previously, where she was a reporter for the Yukon News. Despite not knowing many people in the Valley, a story quickly found her: a controversial motorsport track was planning to expand, and locals fighting it said the remaining local newspaper the Cowichan Valley Citizen wouldn’t publish anything critical because of advertiser conflict of interest.

So The Discourse decided to stay in Cowichan and try to figure out how to make Jacqueline’s work there sustainable, even though we didn’t know exactly how we would pay for it just yet.

How The Discourse Cowichan is funded

The Discourse Cowichan has gotten this far because our company raised startup funding from foundations, investors, family and members of the public who became owners in The Discourse through an equity crowdfunding campaign in 2017 (plus a lot of bootstrapping).

Mostly recently, the Vancouver Foundation, Facebook Journalism Project and Inspirit Foundation helped underwrite the cost of operating and growing The Discourse Cowichan. Why? Because Jacqueline and her team are literally reinventing how to deliver in-depth local news.

Our funders believe this model of community-powered journalism, driven by listening to local citizens, can contribute solutions the local news industry across Canada needs. We’re now sharing what we’ve learned about developing an independent local news sources through a new program designed to help other journalists launch new outlets.

Our approach is unique. We’re not funded by advertising. We don’t put our stories behind a paywall. Instead, we rely on community members to voluntarily support our journalism. We also invite local community partners to support journalism projects our readers ask for.

Why is this so special? Being funded by the community means Jacqueline’s team doesn’t have to chase clicks or compromise its editorial independence. They’re accountable to you, not advertisers. Not having a paywall means we can keep the journalism open and free for everyone, so we can make a larger impact.

After listening to a diverse cross-section of locals in the Valley, Jacqueline and her team has ambitious plans to investigate topics the community wants. In 2020, we want to deliver deep reporting on forestry, the future of the local economy, government accountability, development, food security and reconciliation.

The Discourse Cowichan’s goal is to raise $2,500 in monthly support from its readers by December 13. Reaching this level of monthly support means Jacqueline can commit to chasing major investigations for you through 2020. As of this writing, we’ve raised $1,048 in monthly commitments and $465 in one-time contributions

But it all relies on you. Readers make The Discourse Cowichan possible. We need your support to keep providing community-powered local news. Every little bit helps.

More than 300 newspapers in Canada closed in the past decade because of a collapse in advertising revenue for news publishers, and Canada needs local news success stories. In communities without local newspapers, local governments are less efficient and more susceptible to corruption, infectious disease spreads faster, and people are less likely to vote or even trust one another.

With your support, The Discourse Cowichan is not only rebuilding its own media and democracy. It’s also forging a new path that is inspiring local journalists across Canada.