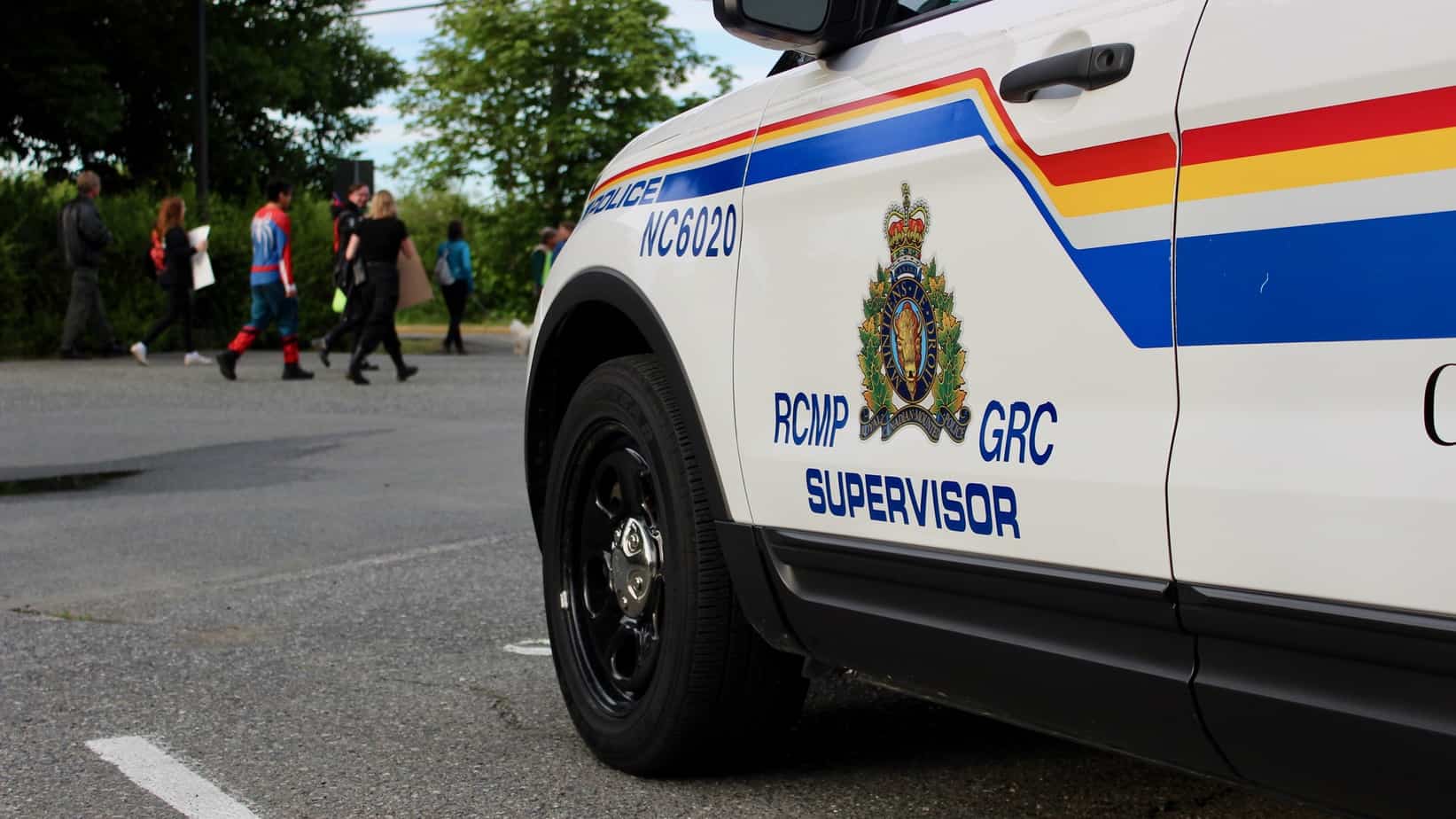 The deadline to register opposition is this Tuesday, July 14.
Ali Pitargue
Support this work. Tell a friend.

Electors of North Cowichan have just days left to participate in an alternative approval process (AAP) to allow the municipality to borrow $48 million for a new Duncan/North Cowichan RCMP detachment building. While Mayor Al Siebring says the current proposal is the most cost-effective for taxpayers, many residents remain concerned with rising costs, a lack of transparency and an approval process that some say is anti-democratic. And the approval process has coincided with a national and global conversation on police funding and reform.

To a large extent, according to the mayor, the municipality’s hands are tied. Years of searching for cheaper alternatives failed, as the RCMP gets final say on what meets their standards, some of which are secret. The municipality is required to offer police services, including an appropriate building. If it does not wish to meet RCMP requirements, the alternative under current rules is to make its own police force, which tends to be much more expensive.

“I’m not sure if there are cost-effective alternatives,” Siebring tells The Discourse Cowichan, when asked if he was satisfied with RCMP’s explanations for why cheaper options wouldn’t work. “It is what it is. They set the standards, whether I’m satisfied or not. When we are dealing with the RCMP, we have to work by their standards.”

According to Siebring, either North Cowichan builds a detachment to the RCMP’s standards, or the RCMP will do it and send the bill, likely at a higher cost. Under the current plan, North Cowichan borrows the full cost of the building and the RCMP eventually repays 60 percent in ongoing lease payments.

It would possibly take a fundamentally different relationship between municipalities and police to shift the conversation. At a moment of historic scrutiny over police funding, systemic racism in policing and police violence, those conversations are beginning. The Government of Canada is in the middle of an RCMP review that will include an examination of municipal police contracts. And British Columbia this week appointed a committee to examine systemic racism in policing as part of a review of the Police Act.

But as it stands, a new building is required, Siebring said in an interview last month. He and North Cowichan RCMP Inspector Chris Bear answered The Discourse Cowichan’s about the project, its costs and alternatives.

Why is a new building needed?

The current detachment on Canada Avenue has decayed since it was first built in 1980. It was originally set to hold 30 staff members. Today, the number of personnel has increased to 85.

“We need to upgrade everything,” says Bear, with the RCMP. He says the current headquarters is over-crowded, dirty, has poor ventilation, and personnel had to make offices out of every open space. It is also overrun with rodents, leaks, and flooding. “We don’t want to put more money into the building when we just can’t make something good out of it.”

Why will the building cost so much?

The price of the proposed Cowichan Valley RCMP detachment has jumped from $20 million to $48 million over the last decade. Mayor Al Siebring says in a blog post that this is largely due to inflation in construction costs, planning delays and costs related to constructing the building up to RCMP standards.

The existing building serves the Municipality of North Cowichan, City of Duncan, and the Cowichan and Halalt First Nations. The new building will fold in Forensic Identification Services and South Island Traffic Services, as well.

Siebring says the council found that a bigger building is more cost-effective for taxpayers, citing that the municipality would have been responsible for a larger portion of the bill had the facility been smaller and for North Cowichan policing alone.

Why are the standards secret?

Some RCMP building standards are kept confidential due to security reasons. Siebring says that while he understands that there are concerns about spending public money based on confidential standards, the city is contractually obliged to meet the RCMP’s terms.

“That’s part of the arrangement that we entered into when we signed the contract with the RCMP,” notes Siebring. “It’s not just us – detachments across the country are built this way. That’s the way they operate.”

What alternatives were investigated?

North Cowichan Council spent four years scouting for an appropriate site to construct the RCMP detachment. In 2014, they ultimately decided on the 1.21 hectare farmland on Drinkwater Road and Ford Road. Other options they considered were shot down by the RCMP.

Council once considered building the facility on municipally-owned land at the north side of Beverly Street, but the property was in the Agricultural Land Reserve. This required the municipality apply for the land to be excluded from the Agricultural Land Commission. Prior to the application being approved, the RCMP vetoed the Beverly Street location. At first, RCMP wouldn’t give a reason, Siebring writes, but later the mounties said they wouldn’t build there because it’s on a floodplain.

It was also proposed that the council revamp the old Rona building at Cowichan Commons. Siebring writes in an op-ed for Cowichan Valley Citizen that the Rona building did not meet the RCMP standards for an appropriate policing facility. Siebring says that they would have to construct a “secure building” inside the shell of the structure, which could end up more costly. He writes that the RCMP would have only contributed to the renovation costs and not the acquisition of the property.

Is the AAP good enough to show elector consent?

Under the alternative approval process, the municipality will assume it has elector consent to borrow money to build the detachment unless 10 per cent of electors fill out a form to register their opposition. Electors include anyone eligible to vote in North Cowichan, including property owners and renters.

“The AAP process is not well-regarded,” says Joyce Behnsen, a former North Cowichan councillor, who ran against Siebring for mayor in 2018. “It’s like negative billing.” Behnsen is critical of the AAP as well as the RCMP detachment project itself.

In addition to concerns that AAP assumes consent from those who fail to participate, some worry that the process denies the right to a secret ballot, as electors must register opposition.

Siebring says that North Cowichan council opted for an AAP because it costs just $5,000, compared with about $60,000 for a referendum. And most residents understand that the project is needed, he says.

A copy of the elector response form has been mailed to North Cowichan addresses. They can also be downloaded online. Electors who want to register opposition must return the form in person, by email or by fax by 4 p.m. on July 14.

Siebring says the municipality has gone beyond legal requirements for getting information and forms out to electors.

If the AAP fails, what then?

If the Alternative Approval Process (AAP) fails, the municipality could either abandon the project or it would go to referendum, Siebring says. The latter is more plausible, he suggests. A referendum would require a majority of votes in favour of the borrowing.

However, “if the referendum fails, now we’ve got a problem,” says Siebring. “Because our contract with the RCMP says that we have to provide them with suitable accommodation for the detachment. The current accommodation is not suitable.”

Along with the municipality, Siebring has reiterated that if North Cowichan residents decline the current proposal, the policing contract allows for the RCMP to build the detachment themselves and send the invoice to North Cowichan. On the blog, Siebring guarantees that a project managed by Ottawa would incur a higher price than if the project was managed by the municipality.

Could the money be better spent elsewhere?

This AAP takes place amid a global conversation around whether police services are a good use of appropriate resources. Here in North Cowichan, the RCMP attributes increasing calls for service to a rise in homelessness and the opioid overdose crisis. But many, including the RCMP, ask if police are the right people to respond to social issues and mental health emergencies.

“We don’t want to keep on going to these calls,” Inspector Bear says. “We want to come up with meaningful solutions and see what’s better for the community.”

Siebring says that a planned review of RCMP resources, tentatively planned for later this year, will expand in scope from purely operational to considering bigger questions of how and if RCMP should respond to mental health, addictions and homelessness. But he says he still sees RCMP as part of the puzzle, as with the Car 60 program, which sees a police officer and nurse respond together to people in mental health crisis.

And, regardless, a building is still needed, Siebring says. When it comes to exploring alternatives to police response, “That’s gonna take time, and we gotta get going on this.”