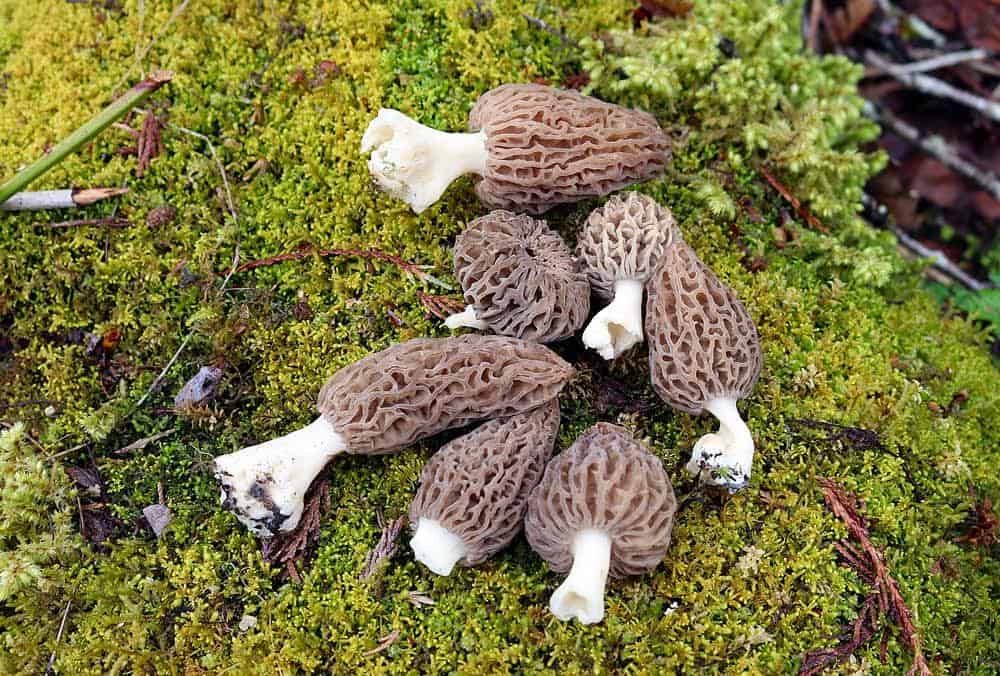 Will morel mushrooms keep popping up?

This article on morel foraging is from the Curious in Cowichan newsletter. Sign up to get stories like this in your inbox, every Tuesday.

Don’t forget the free stuff. Backyard gardening is reportedly going gangbusters in our region as a way to boost food security and reduce domestic boredom. But there are also a number of nutritious foods available right now that don’t require cultivation, from chickweed to maple blossoms to fiddleheads.

A highly prized wild food of spring is the morel mushroom. Last week, we received this question from a reader: “Can morels grow for a few years in the same place? Or do they grow just for one year after the wildfire?”

The morels of this story

Here’s the short answer: Yes, the type of morel that thrives after wildfires will sometimes return for a second season, Jones tells me. But if they do, the yields are typically greatly diminished.

But there’s so much more to the spring mushroom hunt than scouring last year’s burns, Jones says. There are at least 20 types of morels, and at least three of them are commonly found in the Cowichan Valley.

Grey morels (morchella snyderi) are a common local morel that will come up in the same spot year after year, when conditions are right, Jones explains. Their timing depends a lot on ground temperatures. In mild winters, grey morels will come up as early as March 1. But they’re late this year, he says. “This year has been relatively cold and the first morels are just starting to pop up.”

A second local type are landscape morels (morchella importuna), which are frequently found in bark mulch that people use for gardens or pathways, Jones says. This happened in my garden several years ago and I initially thought I’d hit the jackpot with a new regular crop. But alas, as Jones explains, landscape morels rarely return for a second year.

Burn morels (morchella tomentosa) are the third type. They can be abundantly found in spring or early summer the year after a forest fire, Jones says. “These mushrooms can come up by the millions and are the ones often harvested by pickers for commercial purposes.”

Morels are notoriously difficult for novices to find, Jones says.

“It is easy to see a bright orange chanterelle in the fall, more difficult to see a brown morel in the spring,” he explains. “Some people have gone five years or more searching for that first morel. Once you discover the habitat and growth habits, it becomes easier to be successful.”

One tip Jones shares is to look for companion plants that grow in the vicinity of morels, such as stinging nettles and deer or chocolate lilies. He explains that their presence can indicate that the soil is warm enough for the morels to fruit.

This year has had a slow start for spring mushrooms, Jones tells me. “Right now it is early April, so the season is about one month behind schedule, according to my observations,” he says. “The nights have been cold and we still have the odd forecast for snow at higher elevations.”

But his forecast is sunnier: winter rains have replenished the water table and there is some snowpack in the hills. “This is a good sign for later months and into the fall mushroom season,” he says.

Spring mushroom hunting is not just about morels. Jones says that oyster mushrooms are another good edible that can be found on dead or dying leaf-bearing trees, often near a creek or swamp. He advises caution when trying to identify mushrooms you’re not familiar with, as there are a few poisonous ones that can be found in the spring, such as the panther mushroom.

Foraging for your health

When I ask about whether we should be eating more mushrooms in light of the COVID-19 crisis, Jones touts their health benefits.

“Mushrooms have been used as medicine in cultures for thousands of years, specifically in areas that boost your immune system. Common mushrooms like shiitake are thought to have profound effects on your well being. Some fungi like chaga and reishi are taken by many people as a daily health tonic usually in the form of tea or increasingly in capsules.”

Jones says that research into some local mushrooms, including cauliflower fungus and psilocybin mushrooms, has shown positive psychological benefits. Psilocybin mushrooms, or “magic mushrooms” have a hallucinogenic effect, and are a controlled substance in Canada. But more and more research points to their potential usefulness in treating a variety of conditions, including depression, post-traumatic stress disorder, addictions and Alzheimer’s.

Health benefits aside, there is just something about harvesting wild foods. The motto of my herbalist friend Frank Cook, who was crazy about wild mushrooms, was “eat something wild every day.”

If you’re lucky enough to find morels this spring, Jones says that one of his favourite recipes is “a classic French dish of morels and chicken pieces braised in apple cider and finished with a little cream.”

Are you gardening, foraging or otherwise working to increase your food independence in response to the coronavirus pandemic? Send me a note to let me know what you’ve been up to. I’d be glad to hear from you.