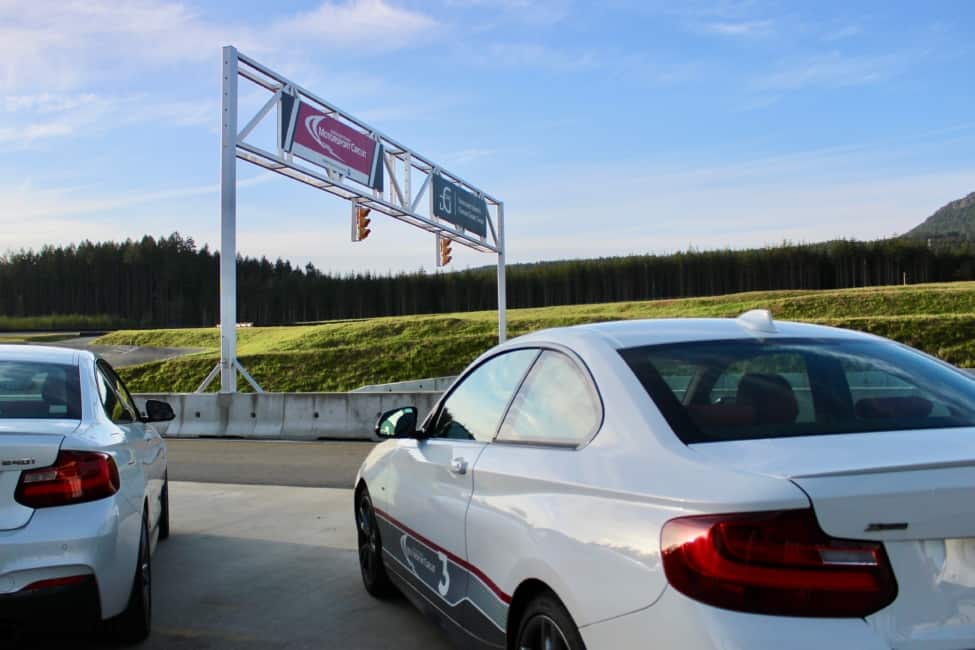 This week, the Municipality of North Cowichan finally released their independent reports on the noise impacts of the Vancouver Island Motorsport Circuit (VIMC). Their reports, which were completed in 2018, conclude that VIMC has significant noise impacts in the community of Sahtlam.

“lt is Navcon’s opinion that the VIMC operation represents a significant noise impact to the surrounding community,” the first report says.

The Discourse asked for copies of these reports last month after North Cowichan council pushed forward an application from VIMC to rezone its property and pave the way for a major expansion of its track. Natasha Horsman, communications manager for North Cowichan, told The Discourse that the reports were not previously made public because until recently they “constituted information that is privileged and confidential.”

The report paid for by VIMC and conducted by acoustics firm RWDI Wakefield Acoustics, dated October 26, 2016, found that noise from VIMC was audible and “may cause annoyance.” But sounds from the track “do not dominate, not even significantly contribute to, the overall noise exposures of residents in the community,” report author Clair Wakefield added in a supplemental letter.

Navcon’s review criticized Wakefield Acoustics for failing to take detailed notes about the activity on the track on the day it took sound recordings, among other things. It found that cars driving the track on that day had extremely slow lap times. Therefore, the results from this study represent only the lowest level of sound impact from track operations. Despite conducting the study on a relatively quiet track day, Wakefield’s report shows that the noise from the track was audible and intrusive, the report concludes.

Navcon also reviewed two noise reports by acoustical consultants at BeSB GMBH Berlin. The first, published in September 2017, models the sound levels from the current facility. That study used a computer model to calculate noise impacts in the community.

However, Navcon found, BeSB’s attempt to validate the model against actual sound measurements failed. And, BeSB’s own data shows that the noise from the track is more than four times as loud as noise from nearby Highway 18 in some locations. “Track related noise during a Busy Member Track Day dominates the Sahtlam Rd. Noise environment,” the Navcon writes.

The second BeSB study, published in February 2018, calculates the impact of the facility after the proposed expansion. Navcon criticises this report for using the same model as the earlier one, despite the lack of validation. Further, it interrogates BeSB’s conclusion that the track expansion would actually result in less noise at certain places in the neighbourhood. “This is not at all realistic, it is misleading and should be reassessed,” the report authors write. The BeSB report dramatically underestimates the capacity of the track, defining a “very busy member track day” as 22 cars, when in fact “a 5.7 kilometre circuit can easily accommodate 45 to 50 vehicles,” Navcon found.

Navcon criticized reports from both companies for focusing on sound limits prescribed in a Cowichan Valley Regional District noise bylaw, which sets a limit of 60 decibels for “continuous sound.” The CVRD bylaw, however, acknowledges that sound may be within that limit and still violate the bylaw because it is a nuisance.

Ultimately, Navcon recommends that “a noise reduction goal should be established based upon a comprehensive noise study including trackside and community noise measurements as well as the community’s subjective response.”

The Discourse has reached out to the Vancouver Island Motorsport Circuit, RWDI Wakefield Acoustics and BeSB GMBH Berlin for a response to the contents of the Navcon reports. As of publication, they have not responded to the requests.

As it stands, VIMC has made certain commitments with respect to noise at the facility, if the rezoning goes ahead. It has promised to limit operations to 9 a.m. to 5 p.m. (11 a.m. to 5 p.m. on Sundays.) It has promised to spend $1 million on sound barriers. But it hasn’t offered details of what those will look like or evidence they will reduce sound level. And it has proposed a sound limit of “59 dB LA20, 15 min” as measured from sound monitors in the neighbourhood.

That means that, in a 15 minute period, the top 20th percentile of sound levels will not exceed 59 decibels. In other words, the sound level can be up to 59 decibels for 12 of 15 minutes, and any level above that for up to three minutes.

(VIMC would be exempt from that noise limit on up to six special event days and any day the Vancouver Island Karting Association uses the facility. It has promised to make the facility available for the karting association a minimum of six days per year.)

The report found the track could be even louder than it was on the day the SNA took measurements and still comply with VIMC’s proposed limit of “59 dB LA20, 15 min.” The track noise in some locations is already twice as loud as the level that would qualify as a significant adverse impact, the report finds. And VIMC’s proposed noise limit does not represent a promise to lower current noise levels at all, the report says.

North Cowichan will hold a public hearing on VIMC’s application to rezone its property on Oct. 1 at 6 p.m. at the Cowichan Performing Arts Centre. After the hearing, council will consider if it will give third reading to and then adopt the rezoning bylaw.

Tax refunds for the homeless, with a side of hope