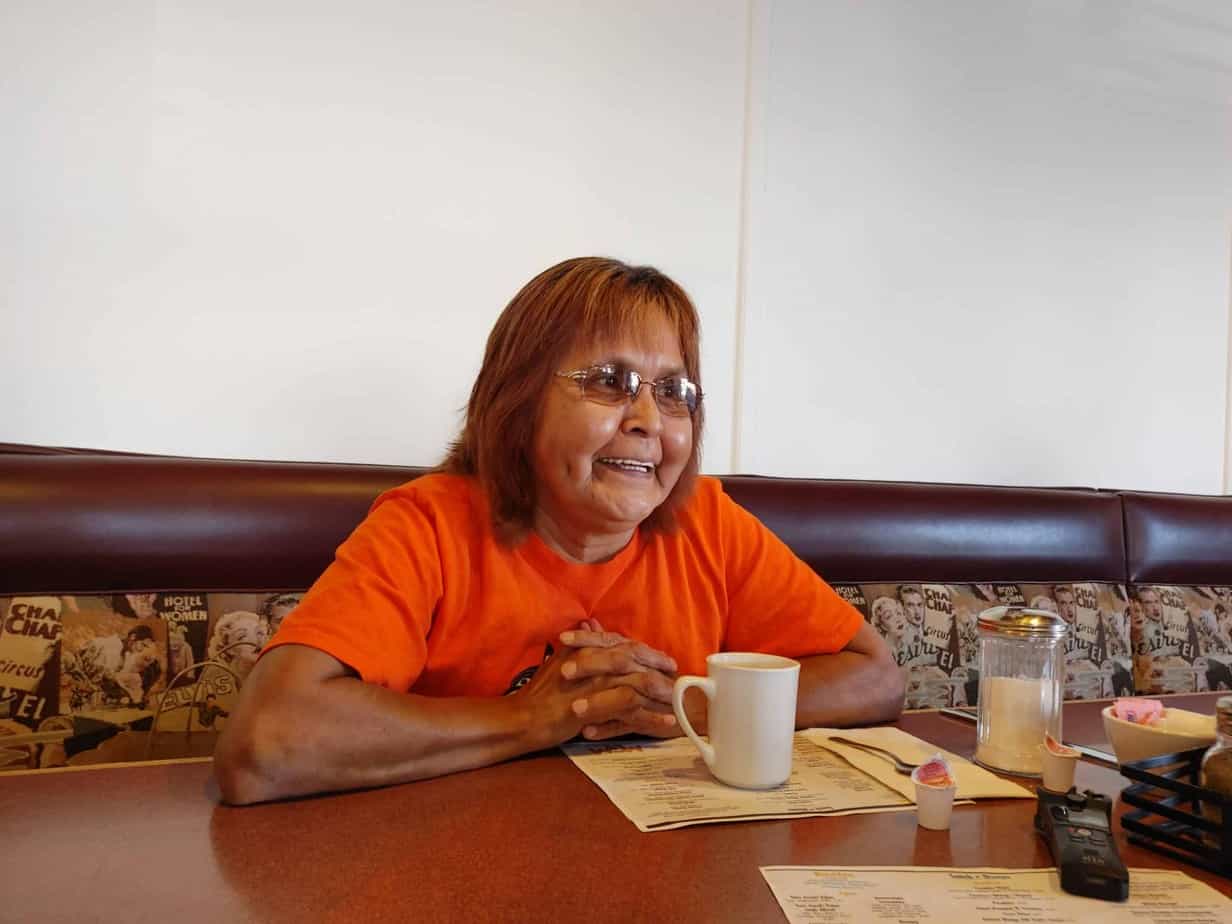 Linda Jack exemplifies resilience after all she’s been through.
Cowichan Valley Vancouver Island

Linda Jack’s eyes sparkle behind her tinted glasses as she sits down at a busy restaurant in Nanaimo, B.C.

She is wearing an orange shirt in honor of Orange Shirt Day, which is marked to bring awareness to the harm caused by Canada’s residential school system. Every Sept. 30, people are encouraged to wear orange to honour survivors.

Jack, an elder from Cowichan Tribes, is a survivor of Indian Day School. She wants people to know that, along with residential schools, day schools also had a tremendously negative impact on Indigenous people in her age group.

“There are a lot of Elders I spoke to out there with the same stories [as me],” she says.

Canada’s Indian Day Schools were operated in tandem with Indian Residential Schools in a government- and church-run initiative to assimilate Indigenous children.

In B.C. alone, there were 18 federally-run residential schools and 100 day schools.

Though children put into day schools were able to go home at the end of each day — the trauma and pain still affects thousands of survivors like Jack.

Her father attended the Kuper Island residential school and was severely abused there — then when he became a parent, was abusive to his children.

“Something terrible happened to him, and he didn’t know how to love us and care about us,” she says.

“But when my dad stopped drinking he showed love to us.”

Because of what was happening at school and at home [it] was like a nightmare.”

Now, sitting beside her two friends, Jack radiates with a cheerful smile. But she still has invisible scars from her childhood.

Day school was Jack’s first experience of school, and she explains that the horrific experience has led her to a lengthy drawn out class-action lawsuit as survivors fight for compensation. Day schools were not included in the 2006 Indian Residential Schools Settlement Agreement, worth $1.9 billion.

Jack, like many survivors of abuse, is unable to fully discuss the details of her experience.

In between retelling bits and pieces of the suppressed memories, Jack looks over at her friend Goldie Smith for support.

Smith reminds Jack to breathe as she struggles to share the burden of her story. Smith intuitively speaks up for Jack when she sees that her friend is experiencing difficulty in talking through the pain.

“A lot of that stuff Linda couldn’t remember for a while, because she was doing her class action work,” Smith says.

“She needed to remember, even if she didn’t want to, and it was super painful.”

Smith has been one of the people in Jack’s support system since Jack, who previously struggled with alcohol abuse, made the decision to quit drinking seven years ago.

“It’s a miracle,” Jack says, to have such great friends that are there when she needs them. “I think I’d be really stuck if I didn’t know how to reach out and ask for help.”

Jack also talks fondly of her longtime friend and advocate Doug Savory, whom she says is always there for her with guidance, support and advice.

In her sobriety, Jack says she still struggles with the weight of the trauma she experienced growing up, which she is attending counselling for.

Jack used to never speak about what happened in the day school. Now, she is determined to spread awareness. Which is why, on Sept. 30, she will be wearing an orange shirt to honour all the children with stories like hers.

Learning to read and write

As Jack continues to work on her healing a big priority for her is her education and literacy.

“I can read a little bit, maybe grade one I believe, maybe two,” she says. ”I believe there’s lots out there who don’t know how to read or spell from St.Catherine’s.”

Jack says it can be embarrassing at times not to have such a skill that is considered to be basic. But she is driven by the fact that she is not the only one. She wants people to know that it is not shameful to admit that they don’t know how to read.

For now, Jack works part time as a cleaner, and is living in Nutsuumut Lelum (meaning ‘all in one house’) a housing program that provides supports such as tutoring. Before COVID-19 hit, Jack was paired with a tutor to learn how to read and write, but then everything stopped abruptly.

She is hoping to pick it back up when it becomes available again, as she is determined to eventually get her high school diploma.

“Today I am really fighting for my education,” she says.

Jack is also proud to be breaking family cycles. Jack says her mother didn’t know how to read and write either and wrote an x for her name. She is sharing her story in hopes that it will help others who have gone through similar experiences to band together, especially in her home territory of Cowichan.

“I need to help our people,” she says adamantly.

“I talked to a couple Elders and they said they are willing to go back to school.”

Knowing that “they will walk behind me going back to school too,” makes Jack very happy.

She stresses the importance of having the people in her nation who have experienced the same educational struggles as her to have the opportunity to start school over again.

Linda Jack would like to start a literacy group and would like to hear from residential and day school survivors who are experiencing difficulties with finding suitable literacy education in honor of Orange Shirt Day leading actionable efforts that can be taken today. For more information you can contact Laurie Harding at laurie.harding@shaw.ca. Linda is also looking for organizations that can help to support her in this effort.