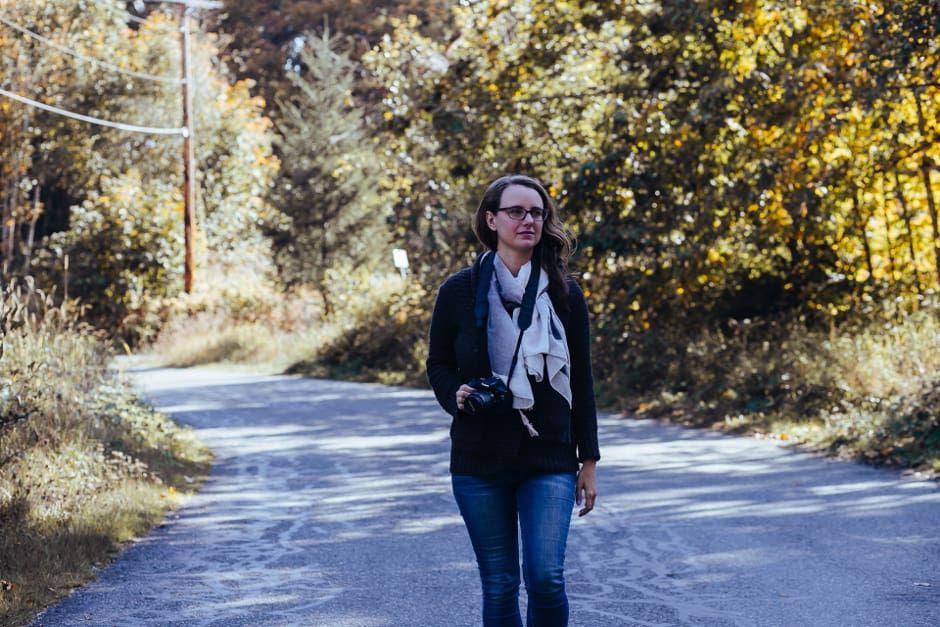 Journalist Jacqueline Ronson struggled with loneliness when she first moved to Cowichan. Then she started reporting. Jenny Holden/The Discourse

How reporting local news for Cowichan gave me new life

When newspapers close, local government is less accountable, civic engagement declines, and it’s harder for locals to connect with one another. Starting up a new media outlet became my path from isolation to connection.

I’ve been a journalist for close to a decade, reporting from the Yukon to Brazil. It’s taken me nearly that long to understand how important local news is to healthy communities — and it was the Cowichan Valley that taught me.

I’m pretty new to Cowichan. I moved here in 2015 from Whitehorse, where I wrote for the Yukon News newspaper. Moving to Cowichan was a dream. But when I got here it didn’t feel like it.

I was working a job writing science news from home for a company in New York. But outside work, I didn’t have much going on. Cowichan, I learned, is a sprawling and diverse place. And I couldn’t seem to find a way in. I’d buy copies of the local newspaper, but found they rarely spoke to me.

For the first time in my adult life, I struggled to connect with the place I lived and the people who lived there.

Cowichan lost more than its newspapers when Black Press took over

I didn’t know it at the time, but my arrival coincided with a local media upheaval. In late 2014, local newspaper giants Black Press and Glacier Media swapped publications across Vancouver Island and the Lower Mainland. Following the sale, the newspaper chains shut down many newspapers — resulting in the elimination of any competition in local news in more than a dozen B.C. communities.

Here in Cowichan, Black Press purchased the Cowichan Valley Citizen and shut down the Cowichan News Leader Pictorial. Today, all the papers covering the Cowichan region — the Citizen, the Lake Cowichan Gazette and the Ladysmith-Chemainus Chronicle — belong to Black Press.

When newspaper chains Postmedia and Torstar pulled a similar tactic in 2017 — they sold 41 newspapers to each other, then closed 36 laying off 300 people — the Competition Bureau opened an investigation into anti-competitive behaviour that may result in criminal charges. Black Press and Glacier got away with their scheme.

Why does that matter? Research shows that local governments are less efficient and more susceptible to corruption when local news declines. Public health officials warn that infectious disease can spread faster. People who live in communities that lose local newspapers are less likely to vote or even trust their neighbours.

I wasn’t the only person in Cowichan struggling to connect with others — I later heard from many with stories just like mine. Looking back, it’s not surprising. Local news is part of the connective tissue that unites us as a community.

In late 2017, I landed a gig with a company called The Discourse. With some grant support, they were looking for journalists living outside of big cities to provide sustained in-depth local coverage, led by their communities.

It was a six-month, part-time experiment. Now it’s my life. Because stories that needed to be told kept finding me. Stories to hold power to account. To help us understand each other. Stories that you brought to me because other news organizations wouldn’t touch them, or wouldn’t invest in telling them well.

Let me show you what I mean.

Within weeks of showing up as a reporter here, people I had never met before came to me and said the local Cowichan Valley Citizen newspaper wouldn’t report its complaints against the Vancouver Island Motorsport Circuit. They claimed the Citizen suppressed negative coverage because the track’s owners advertise with Black Press. I investigated and found evidence to support those claims.

In October, hundreds of people showed up at the public hearing where the Municipality of North Cowichan considered, and eventually rejected, the Motorsport Circuit’s expansion plan. (The mayor since walked back the council’s decision and called for a new hearing, to take place on Dec. 9.)  Many people may not have even heard about the expansion if the Citizen was the only newspaper in town. For me, it so clearly demonstrated the link between local news and civic engagement.

At the hearing a woman I didn’t recognize pulled me aside. “Thank you,” she said, tearfully. “Your story on Black Press, it gave us new life.”

But it’s me who should be thanking you, my community of readers. By joining me in this experiment in local news, you’ve given me new life. This work has been my path to connection and community in Cowichan. And I know I’m not alone. The Discourse’s stories “were a welcoming committee for me when I moved here and didn’t know anyone,” Robert Barraclough recently told me. “Without you I may have just moved back to Comox.”

Serving you sometimes means telling truths that make me uncomfortable

Showing up as a journalist here hasn’t always been easy. When I first accepted the gig at The Discourse, I wanted to report on local environmental issues. But at The Discourse, the journalists don’t get to decide what stories to tell. Those decisions are driven by the community.

Here’s an example of a story community members said needed to be told: a year ago, police shot and killed a young man named Chris Bloomfield in his home. A flurry of shallow, sensationalized news coverage followed.

After urging by community members, I set out to the bigger story of Chris’s life and death. It was the hardest thing I’ve done as a journalist.

Then I started to hear from community members about the impact of telling that story in a deep way. “I just wanted to say thank you very very much for the article about Chris Bloomfield,” one acquaintance wrote. “He was a friend of mine, and his death really shook me up, especially given my own history of mental illness and police interactions.”

Then there was the time that community members came to me, sickened by racist comments that swirled on social media in the midst of a dog abuse trial, and by the failure of news organizations to moderate. Exposing ugly truths about how racism persists here made me deeply uncomfortable.

Again, the response reassured me. “Seeing how you article is being shared in the community, I really can’t imagine the hole that would be there if you hadn’t provided such a well-researched and well-written news article,” Amanda Marchand told me.

I knew that I had found my place in Cowichan, my way to give back.

Let’s build local news that doesn’t just replace what was lost, but is better

I cannot stress enough how special The Discourse Cowichan is, this little news outlet that could. Local in-depth news is more or less extinct in all but the biggest cities in Canada. I’ve seen the death of local news. I’ve lived it.

Here, we are building something hopeful, something big. And we’re not just replacing what was lost. We’re trying to do better. We’re lifting up voices that in the past have been left out.

Last week, The Discourse Cowichan launched New in Town, a series on growth and change in this region that community members asked for. Five thousand people moved here last year (and the year before that, and the year before that.) How will newcomers make sense of this place? Are we prepared for the changes ahead? How will all of us build strong communities together?

I don’t have all the answers. But I know for sure that a healthy local news ecosystem is critical to our collective future. I know that it will take close scrutiny of governments, corporations and organizations. I know we have to keep this conversation going.

Local news helped me find my way from isolation to connection in Cowichan. Now I am turning to helping others find that same connection.

I need your support to make that possible. The Discourse isn’t funded by advertising. We don’t put our stories behind a paywall. Instead, we rely on the community to support this work.

A couple of times a year, we ask our readers — you — to support with a monthly contribution. Monthly support provides the stable funding we need to commit to long-term investigations like my reporting on the Motorsport Circuit and Chris Bloomfield.

Our goal is to reach $2,500 in monthly support by December 13. If just 250 of the thousands of readers who receive The Discourse Cowichan in their inbox contributed $10 per month, we’d be there. Reaching that level ensures I can commit to continuing this work full-time in 2020.

Right now, there are people in the Cowichan Valley getting away with things they shouldn’t be. There are people looking for community connection who don’t know where to start looking. There are voices ready to speak, waiting for someone to listen.

I want to commit to listening for the long haul. You make it possible. 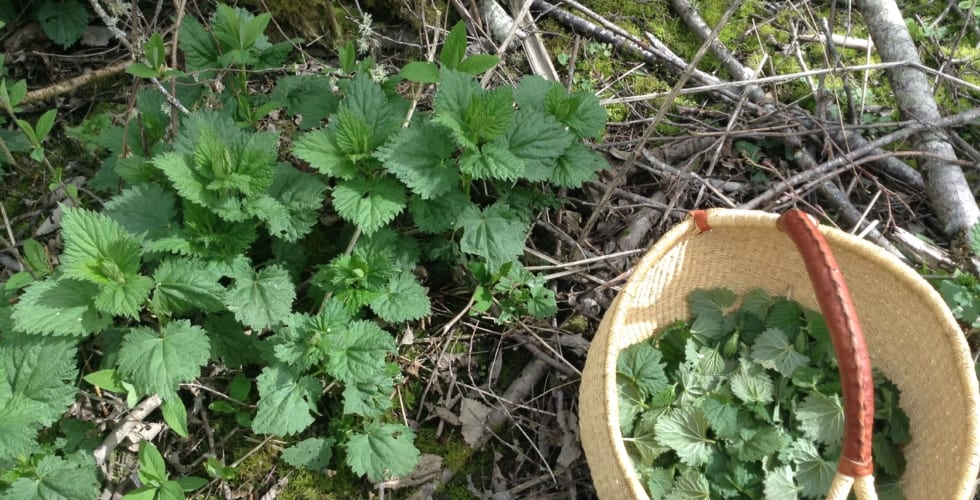