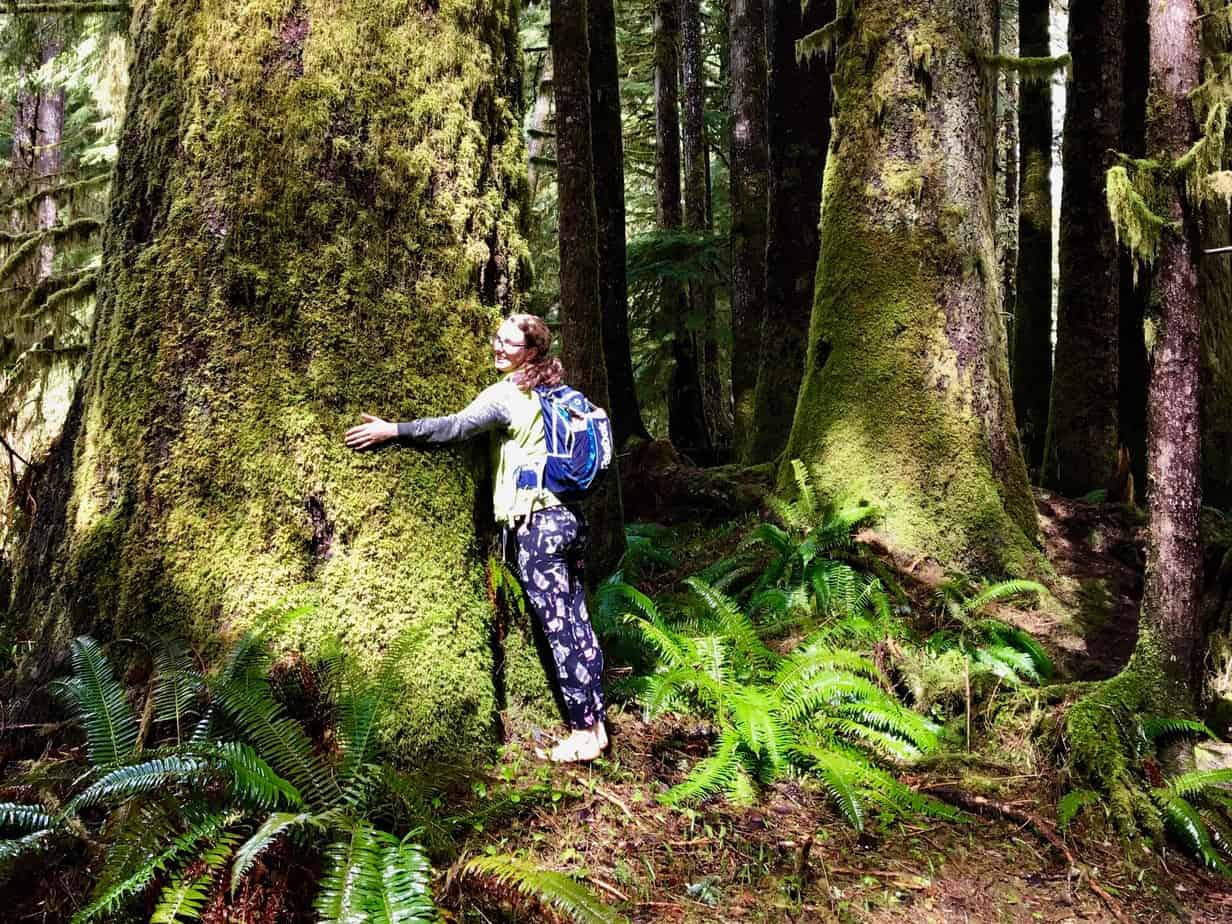 Tree love has deep roots in the Cowichan Valley

A little tree hugging is good for you, too
Jacqueline Ronson
Support this work. Tell a friend.

A couple of years ago I took a weekend trip to Salt Spring Island with some friends. We hiked, visited the market, got in trouble with our Airbnb hosts for laughing too loudly after 10 p.m. One scene I remember from the trip was of a mother and her young daughter in a public park. The daughter was upset in the inconsolable way that children sometimes are. Her mom suggested that it might help to go hug a tree. To my surprise, the daughter took the advice. She marched over to a nearby tree, gave it a hug, and stopped crying.

I’ve long been a fan of literal tree-hugging. My partner has cultivated a small collection of photos of me hugging trees, from old-growth giants to scraggly sub-Arctic spruce. I know I’m not alone in my tree love: When I ask people what they love about the Cowichan Valley, the forests come up more often than not. It was tree love that swamped a North Cowichan council meeting last December, filled the Cowichan Performing Arts Centre in March, and contributed to your vote for environmental degradation as a topic I should dig into next.

There’s growing evidence that spending time in the forest is good for your health. The airborne chemicals released from plants and trees, called phytoncides, may help us fight disease, and spending time amongst trees has shown to enhance mental health. The Japanese have extensively researched the therapeutic benefits of hanging out among the trees, a practice known as shinrin-yoku or forest-bathing, and its role in preventative health care. (The Wildwood ecoforest in Ladysmith hosts occasional guided forest bathing sessions.)

In honour of Earth Day this week, I’m committing myself to love the planet and the little piece of it I call home a little more. Not just by recycling and refusing single-use plastics when I can. But by deepening my relationship with the natural world: to spend time in it, to reach out and give it a big hug. What’s more: I get to deliver on my promise to you. This summer, I’ll be digging into stories about environmental degradation in our valley, as requested by you. What’s got you concerned? Send me your tips and story ideas by replying to this email.

If you’ve got bad things to say about the Cowichan Valley and the people who live here, Michelle Creedy doesn’t want to hear it. She moved here for work in 2017, and says she’s found it welcoming, friendly and full of arts, culture, and things to do.

People tend to give you a chance here, she says. As a person who is blind, Michelle says people often assume she can’t do things. She spent 10 years trying to get a job as an educational assistant, and it was Cowichan Valley School District 79 that finally gave her a chance. “It was just the best thing that ever happened to me.”

Sure, the community has its struggles, like anywhere, says Michelle. Poverty rates are high, and affordable housing is scarce. But there is also so much good, and it’s not hard to find – especially in the school system.

“I want people to understand our schools better, and how much we care, and how much we need people to come alongside us, and to care,” she says. “Our public school system is so deserving of people’s awareness and attention and care and kindness and compassion.”

Hearing people call this place “Drunken Duncan” or otherwise complain about it drives her nuts, says Michelle. “Don’t trash it. Try to help it, or fix it, or be the change.”