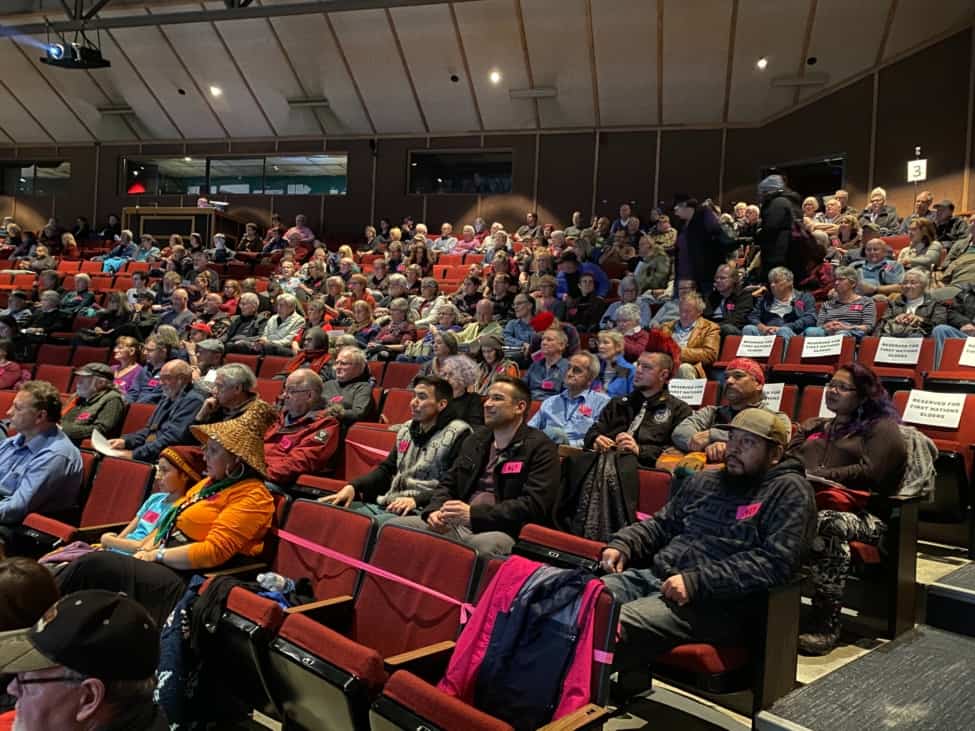 The Municipality of North Cowichan stood its ground in the face of $60 million lawsuit threat after a show of overwhelming public support for denying the rezoning.

In the early hours of Dec. 10, the Municipality of North Cowichan council again voted to deny Vancouver Island Motorsport Circuit’s rezoning proposal to expand its facility.

About 600 people showed up to the second public hearing on the issue at the Cowichan Performing Arts Centre. Council heard nearly six hours of public testimony, largely in opposition to the rezoning. The vote fell six-to-one, with only Councillor Tek Manhas supporting the application. Mayor Al Siebring switched his previous vote from yes to no.

The first time council voted down VIMC’s expansion plans was on Oct. 4, after two long evenings of public input. However, the mayor unilaterally walked back that decision after VIMC threatened a lawsuit that it said could exceed $60 million in damages.

Late last week, VIMC said it is walking away from the rezoning and expansion plans, and would proceed with legal action to recoup costs instead. Representatives of the company did not appear at this week’s hearing. That legal threat still looms, and likely still would regardless of how council voted.

However, it’s possible that council significantly neutered the legal risk with a move it pulled after denying the application the second time. Last night, council voted to amend the zoning bylaw so that it applies only to the parcel of land with the existing track facility, and not to the land VIMC had hoped to expand into. If passed, the land where the track now sits will be rezoned from a mix of industrial and commercial land to a single zone that explicitly permits a “Motor Vehicle Testing and Driver Training Facility” and other uses that describe VIMC’s current business operations.

Why? Council wants to commit to resolving the legal uncertainty around the current facility without allowing the expansion. This could, presumably, eliminate VIMC’s threat that it will sue for costs related to building the existing track and facility, which is how the company arrived at the bulk of its $60 million threat.

That amended bylaw passed second reading before 1 a.m. on Tuesday. Council voted to waive the public hearing on that bylaw and consider third reading in January.

What does this mean for the Vancouver Island Motorsport Circuit? What does it mean for the lawsuit threat and North Cowichan taxpayers? We talked to a municipal law expert. Stay tuned for our analysis. Sign up for The Discourse Cowichan newsletter to receive updates straight to your inbox.