The Discourse Cowichan uncovered that the Cowichan Valley Citizen failed to report residents’ concerns over the Cowichan racetrack. Apparently, this was to avoid upsetting advertisers with the newspaper. Now, the Vancouver Island Motorsport Circuit plans a major expansion, and neighbours say it’s already too loud. Get your independent journalism on the controversial Cowichan racetrack.

How big is track lawsuit threat after council rejection?

We talked to a municipal law expert and dug into public documents to find answers.

The Municipality of North Cowichan stood its ground in the face of $60 million lawsuit threat after a show of overwhelming public support for denying the rezoning.

Have more questions about the Cowichan racetrack?

The motorsport circuit story that almost never got told

When the Cowichan Valley Citizen suppressed critical coverage of the Vancouver Island Motorcircuit because of an advertising relationship, The Discourse Cowichan stepped up.

Views on motorsport circuit issue go beyond black and white

Community members have complicated perspectives about the controversial track, and about those on the other side.

The rezoning would have allowed for a major expansion of the controversial facility. 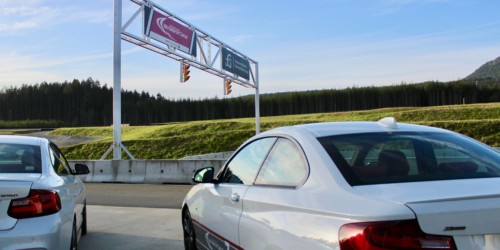 After a heated local council meeting led to confusion about racetrack sound limits, experts cut through the noise.

Residents say their concerns have been heard, as racetrack lawsuit settled in Cowichan