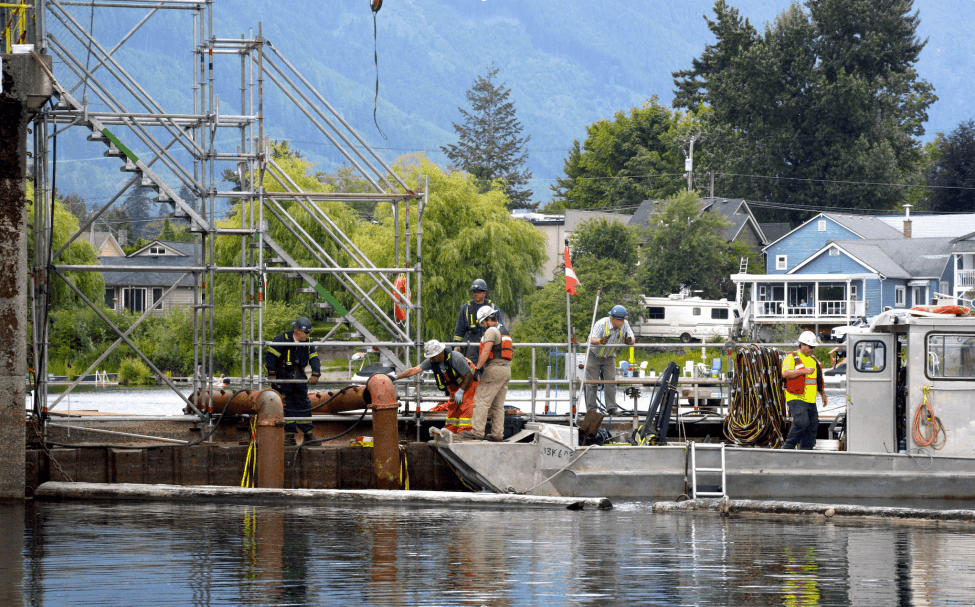 Workers install pumps in Cowichan Lake in July, 2019 so that water may be pumped into the Cowichan River later in the summer, due to drought conditions. Malcolm Chalmers Photography

What do you want to know about this summer’s drought?

Send curious water questions that we might be able to help answer.

In recent weeks, the drought on Vancouver Island has been all over the news, in outlets including The Globe and Mail, The Tyee, CBC and the Cowichan Valley Citizen. The issue is getting lots of attention, and for good reason. Right now, pumps are being installed (hat tip Malcolm Chalmers for the great photo!) in Cowichan Lake. They’re to keep water flowing into the river after the lake level drops too low, which could happen as soon as August 8 according to an email update from Paper Excellence Canada, which operates the Catalyst Crofton Mill.

The more I read about the water situation, though, the more questions I have. How are the conversations around replacing the weir with a higher one really going, behind closed doors? Do water restrictions work? And what’s going on with that new Cowichan Valley Regional District money for watershed and drinking water protection, that residents voted for last fall?

I know you have questions, too. Last week, one reader shared a few with me:

“Where is the money going to come from to raise the weir on Lake Cowichan? And why are we taking so long? And what are we doing about all the other nearby rivers that don’t have big lakes at their heads, and will go dry in summer, and will no longer support salmon?”

What question matters most to you? What would you add to the list? Send me an email to jaqueline@thediscourse.ca with your curious water questions.

If you value this work, please invite a friend to subscribe or become a supporter.